There’s just something about the anonymity of typing behind a screen that empowers people to say things that they’d never dream of saying in real life.

Some people get downright nasty to people they don’t even know, and for no good reason. If you happen to be a public figure like Maggie Vespa of Portland, Oregon, your chances of being bullied online practically quadruple. 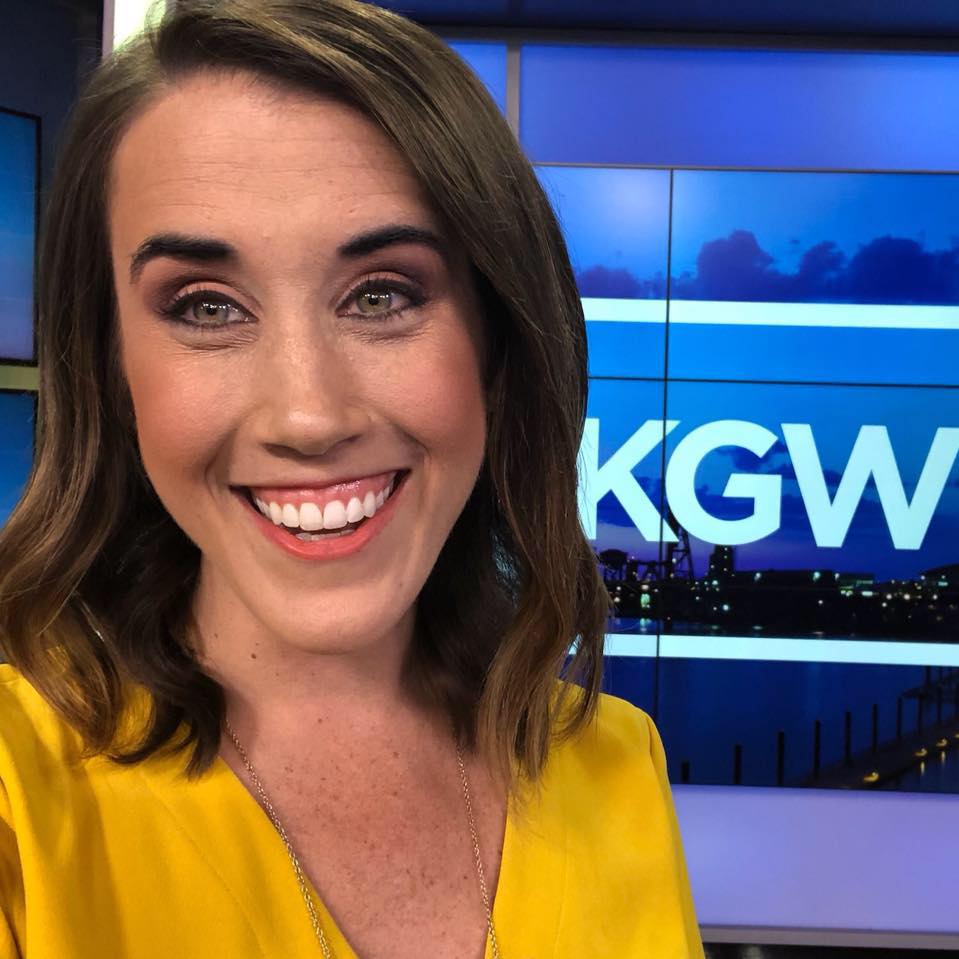 Not only is Maggie a news anchor for KGW-TV in Portland, she’s also the daughter of a former newswoman. She grew up watching her mother get tormented for those little so-called flaws her viewers were quick to point out, and now that she’s in the public eye in the technology-rich 21st Century she gets more than her fair share of hecklers.

Recently Maggie shared that she’d received a few unkind messages from a viewer named Jeffrey via her Facebook page. For some reason Jeffrey had decided to let Maggie know that he didn’t like the style of pants she’d been sporting recently. Why he needed to share this opinion is anybody’s guess! 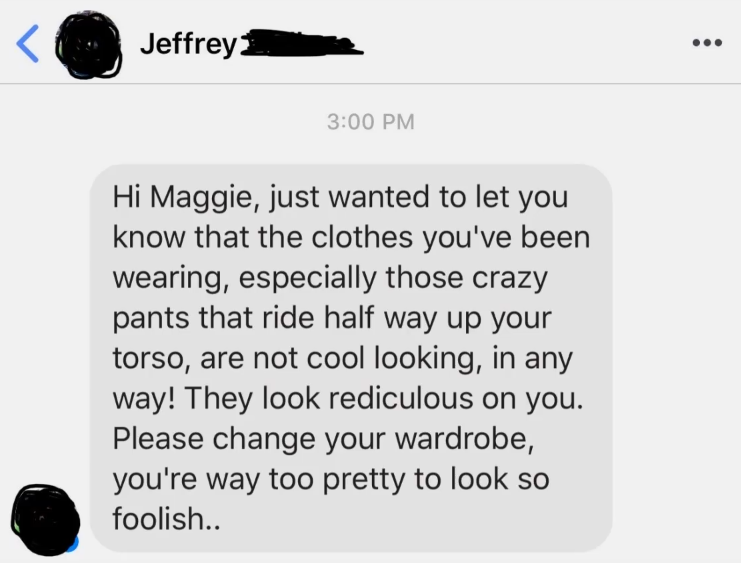 “Hi Maggie, just wanted to let you know that the clothes you’ve been wearing, especially those crazy pants that ride half way up your torso, are not cool looking, in any way! They look rediculous on you. Please change your wardrobe. You’re way too pretty to look so foolish,” he wrote.

Maggie ignored Jeffrey’s trolling remark, but a few days later he followed up with more unwarranted opinions on her attire.

Finally Maggie had had enough. She decided to pull a little on-air smack down on good ol’ Jeffrey, starting with her outfit choices for the next five of her live shows.

“Five shows, five pairs of pants,” Maggie said. She wore a different pair of the high-waisted style pants that Jeffrey hates so much for each show that weekend. Her producer documented each day it with a photo, and at the end of the week Maggie took her findings on the air. 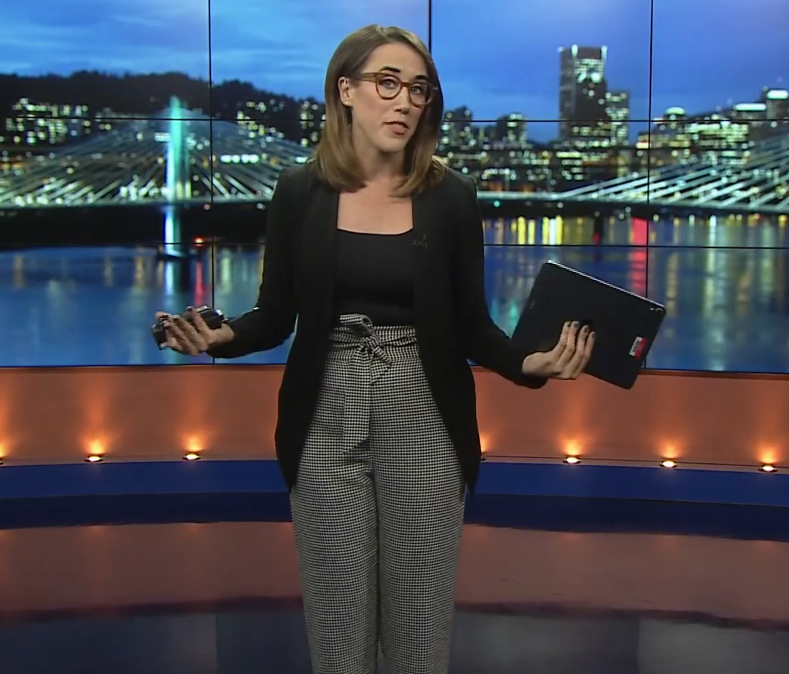 “This is dumb, we know that, these are my pants. I like them. I bought them,” Maggie said in the live segment she’d dedicated to addressing Jeffrey’s bullying. She then described the huge response she’d gotten when she mentioned the incident online, noting that she’d sparked a firestorm of similar stories from other women who always felt the need to dress a certain way.

“… hundreds are sounding off on the pressure that women obviously face, especially those in the public eye to embody the epitome of physically attractiveness at all times. If we don’t it’s somehow seen as a sign that we’re less credible and less capable and by and large, guys don’t have to deal with this as my awesome male coworkers can and have attested to.” 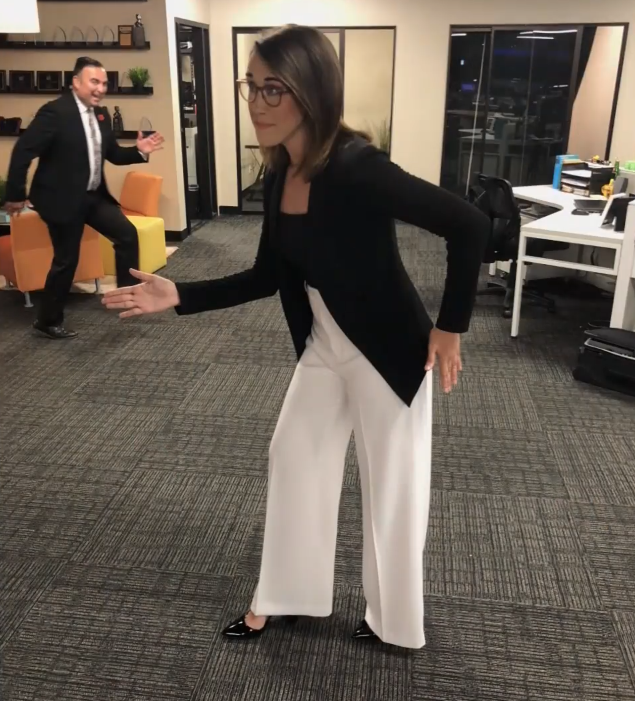 But it’s not just about throwing her love for high-waisted pants into the face of one online bully; Maggie hopes to convey a more powerful message to the women of the world:

“Our goal here is to send a message — to women, to girls, to everyone — dress how you want, look how you want. And if anyone tries to make you feel less than because of that, that’s their problem, not yours. In other words, there is no one way for a normal woman to look or be.” 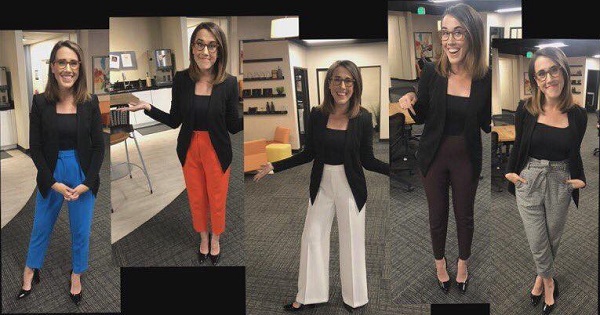 Maggie handled this situation like a champ! Not only did she not let the words of one sourpuss ruin her day, but she found a way to make his unkind words into a teachable moment for many others. Her words serve as a reminder of us all — not just to let those nasty sentiments roll off our backs, but also to be careful with our own words, online and off.

Watch Maggie’s live segment in the video below, and don’t forget to share.

A final stance for high waisted pants (sorry for rhyming).But seriously… As I said on TV tonight, there is no one way for a "normal woman" to dress/look/be.Ten years ago, I'd have needed someone to remind me of that.Now, I'm hoping this reminds others ❤️👖

Get more stories like this in your inbox! Sign up for Smile, our free daily good news email read by over 825K people! “PSA: Stop asking women when they’re having...