In every retail store,there are always attendants walking around, attending to the needs of the inventory and our questions regarding products.

Most often these attendants are trained to look out for the suspicious shoppers who might end up shoplifting, as well as the customers who look like they will be able to make a purchase.

Unfortunately, as the old adage goes, “You can’t judge a book by its cover.” A lesson that was taught to a few retail stores in the story below. 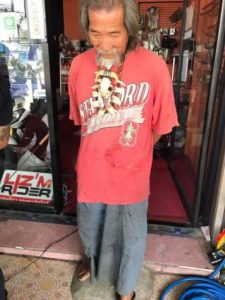 An older man in Thailand named Lung Decha recently walked through several motorbike stores in Thailand.  But he was not greeted with much enthusiasm or welcome.

This attitude continued to happen in every store that Lung went through. Because he was dressed in an oversized shirt, baggy pants, and flip flops, the store attendants assumed that Lung would not be able to purchase anything and ignored him or looked at him sucpiciously. 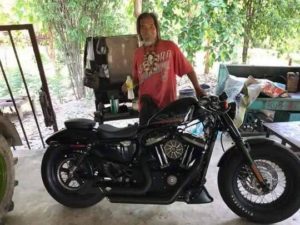 Finally he arrived at a store where a store employee treated Lung just like any other customer. As they walked around the shop, the attendant made sure to show him every motorbike he thought Lung might enjoy.

But when Lung pointed to a bike and said that he wanted to buy it, the attendant was shocked. 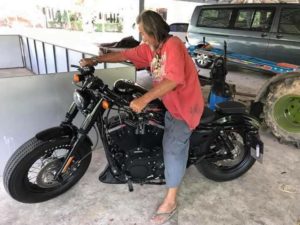 Lung had been carrying the cash around all day and ready to make a purchase on the spot. No one suspected that he would actually be able to afford any of their motorbikes, so they hadn’t even given him the chance to prove them wrong. 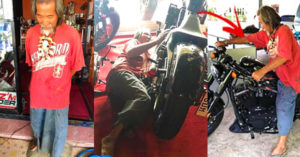 Lung’s sister shared his story on social media. His dream had always been to purchase a big motorbike so he saved up all of his extra earnings from his job as a mechanic. Once he was able to partially retire with enough savings he had decided it was time to make his motorbike dream come true!

His story is a good reminder to everyone that you really cannot judge someone solely on their appearance and that no matter what, you should treat everyone with the same level of kindness and hospitality.

Make sure to share this story with your family and friends!