If Simon Lunari and Lisandro Saone had a motto for their friendship, it would be this: best friends stick together, no matter what.

The boys from Argentina are cousins, but say they’re more like brothers. Having been raised together, the two have always shared a special bond and a love for adventure. 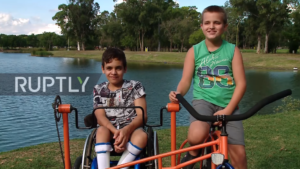 The duo does practically everything together, but until recently, there was one experience they couldn’t share: bicycling. Lisandro was born with spina bifida and uses a wheelchair. As such, he can’t pedal with his legs. But that wouldn’t deter Simon from taking his cousin out on rides. 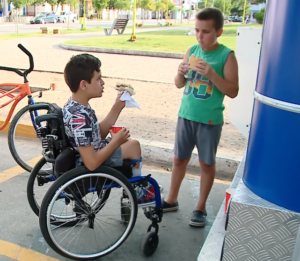 The 11-year-old is as smart as he is determined, and, with Lisandro’s help, created a sketch of a special bike they both could ride together. They shared their idea with local blacksmith Ariel Birche, who did some internet research before getting to work on the project. 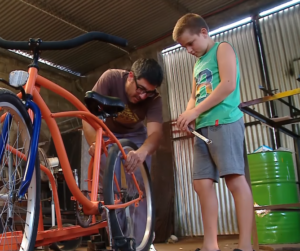 Following the sketch and a similar model he found online, Ariel built one regular bicycle with a sidecar attached to hold Lisandro’s wheelchair. Then, he added a mechanism that would allow Lisandro to help pedal with his hands. 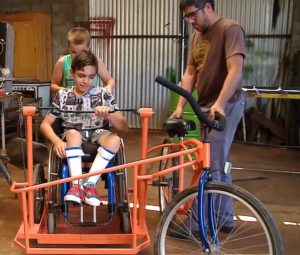 The boys couldn’t have been happier with the final result. As they learned when they tested it out, their unique bike worked perfectly. 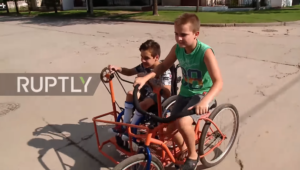 “The first time I saw the bicycle, I felt a mixture of excitement and surprise because I thought that idea had been forgotten,” Lisandro said. “Now I can go downtown and to other places much more quickly and comfortably.”

And, more importantly, with his best friend by his side. 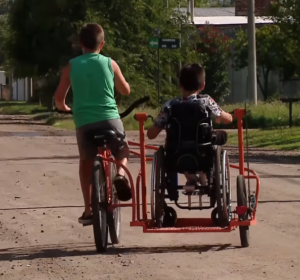 Everyone needs a friend like Simon, don’t you agree? Now Lisandro can go on even more adventures thanks to his sweet cousin and the time and effort Ariel so generously put in.

Learn more about the project and the boys’ friendship in the video below. Share to spread the idea to others who could benefit!

When Bus Drivers Get Sick, School Principal Steps Up To Bring Kids Home.

Students at Fancy Farm Elementary school in Kentucky are used to seeing their principal pitch in to get things done. Janet Throgmorton has been the principal of the grammar school...