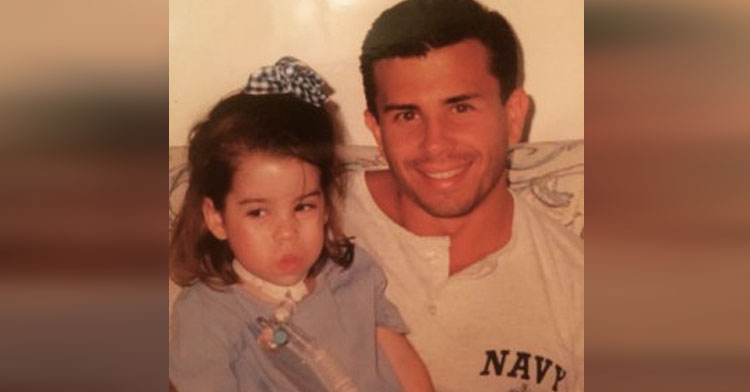 Dad Refuses To Listen To Doctors About Daughter And Invents ...

John and Aileen Crowley’s daughter, Megan, was 14 months old when doctors gave her a death sentence. She was diagnosed with a rare genetic disorder called Pompe disease, which mainly affects the liver, heart, and muscles, causing muscle weakness and trouble breathing.

“We were told she would not survive past the age of two and there was really nothing we could do. And to enjoy time with our daughter,” Aileen said. But the doctors underestimated Megan’s fighting spirit — and the lengths her father would go to give her a chance at life. 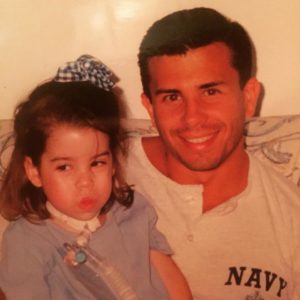 It was 1998, and as such, information on the disease was limited. But that didn’t stop John from diving into the pharmaceutical industry and co-founding Novazyme Pharmaceuticals. His company was responsible for creating the experimental drug that ultimately saved Megan and her younger brother, Patrick’s life. Patrick has Pompe as well. 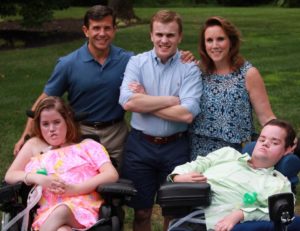 Wall Street Journal reporter Geeta Anand featured the family’s story in her book, “The Cure: How a Father Raised $100 million – and Bucked the Medical Establishment – in a Quest to Save his Children,” which was later made into the movie “Extraordinary Measures” starring Harrison Ford. But no book, article, or movie ever really featured Megan’s unique perspective. That’s what inspired the young woman to create her blog, High Heeled Wheels. 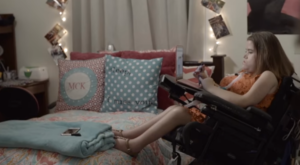 After all, the determined woman has a lot to share.

“No is not a word that I like to hear; it’s not in my vocabulary,” she said. Every time someone has told her she can’t, she’s proven them wrong. Not only has she blown decades past her second birthday, but she graduated from high school on time and went on to study at the University of Notre Dame. This year, she graduated with a double major in Film, Television, Theater and American Studies. And during her time there, she served as president of the Make-A-Wish club. Her professors say they learned from her. 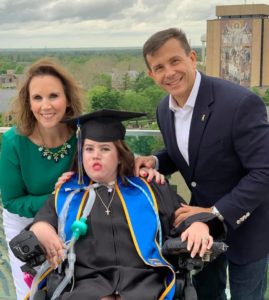 Megan can’t walk, breathe on her own, or eat because her muscles aren’t strong enough. She can barely open her mouth to speak, but she still talks with what she calls an “underwater” effect. She has a tracheostomy tube, a permanent feeding tube, and requires around-the-clock nursing care. Oh, and she loves shoes. But she does so much more than survive. She’s living her best life. And she has many plans for the future. 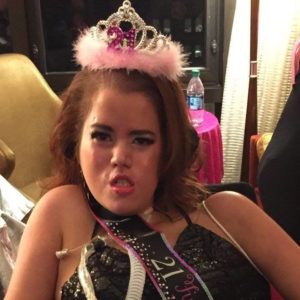 Megan says she hopes to “move to Raleigh (N.C.) and work for the Muscular Dystrophy Association or Make-A-Wish in media or communications. I do want to get married and I want to have four children, two via surrogacy and two from adoption. Ultimately I just want to live a happy, healthy, and meaningful life.” 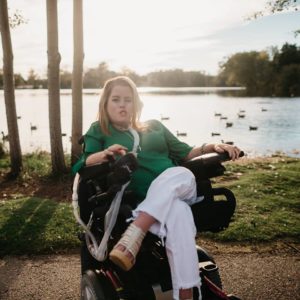 The word “inspiration” doesn’t quite cover this amazing, headstrong woman. She’s living proof that physical limitations don’t define our ability to succeed or be happy.

Learn more about Megan’s remarkable story in the video below, and share to help spread her message.