Treka Engleman has known her purpose for as long as she can remember: to be a mom.

The math teacher from Cincinnati, Ohio, says taking care of kids has always come naturally to her despite growing up without a maternal figure. She lost her mother at 6 years old. But that didn’t stop her from becoming the mother three children needed. 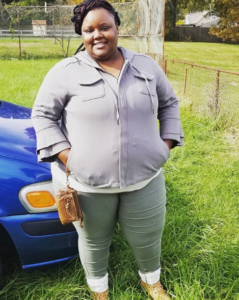 Treka loved the idea of fostering kids in the system, but as a single woman, she wasn’t sure she’d qualify as a foster parent. To her surprise, however, she fit all the requirements. She was over 21 and had a steady job. All she needed was her own home. So she moved out of the place she shared with her sister and found a two-bedroom apartment.

With two months of classes under her belt, Treka was ready to take in her first child from St. Joseph Orphanage. While she had the option of choosing what race she preferred, it didn’t make a difference to her.

“Color doesn’t matter to me. Love is love no matter what color you are,” she wrote for Love What Matters. In December 2016, Treka welcomed 5-day-old Elijah into her home. 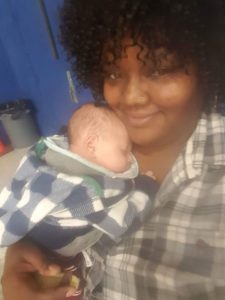 The little boy captured her heart, which only grew when she took in Alexis six months later. The girl’s older sister, Mercedes, was supposed to come with her, but problem behavior landed the teen in a group home instead. Treka, Alexis, and Elijah still spent time with Mercedes during weekend visits. 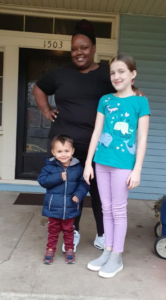 After Treka found a bigger apartment to accommodate her growing family, Mercedes joined her sister and Elijah in March 2018. By then, Treka was still single, 30, and the happiest she could be. Life with three foster kids wasn’t easy, but it was incredibly fulfilling. She wanted all of them to be a family forever, regardless of their differences.

To her delight, the feeling was mutual. Mercedes, Alexis, and Elijah were ecstatic when she asked if she could adopt them.

“The way they lit up with excitement when they found out it was happening will forever be one of the best memories,” she wrote. 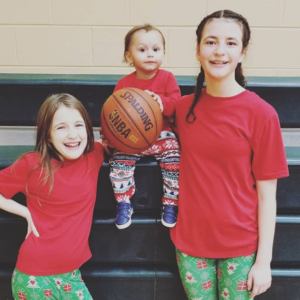 On November 1, all three became official members of the Engleman family. The 2-year-old, 12-year-old, and 16-year-old were among 12 children to celebrate National Adoption Month at the Hamilton County Courthouse in 2019. 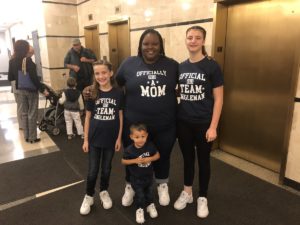 And while some don’t understand a black woman’s choice to adopt white children, Treka doesn’t see color — only love.

“I’ve had people ask me, ‘Oh, are you babysitting?’ and my response is no, they are my children. No questions asked. I never say ‘foster children,’ but my children. Because that’s what they are and always will be,” Treka wrote. “Love has no color in my home and they are loved unconditionally.” 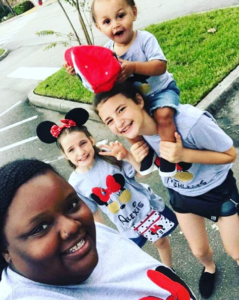 What a beautiful family. Elijah, Alexis, and Mercedes couldn’t have asked for a better mother. Treka still plans to foster other children as well, so if you’d like to help her do so, consider donating here.

Share this story to celebrate all the families out there brought together by love.