Most parents learn that sometimes, the only way to get kids to do something is to offer a tasty incentive.

And for one little boy, nothing is more motivating than his favorite treat: donuts. All his mom has to do is hand over one of the delicious, powdered pastries and he’s more than willing to do whatever she asks — especially if it involves dancing. 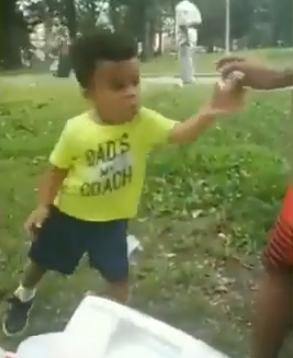 The boy was out enjoying a picnic in the park with family when someone held out a fried piece of heaven. He was quick to snatch it, and even quicker to celebrate by busting out his best moves. 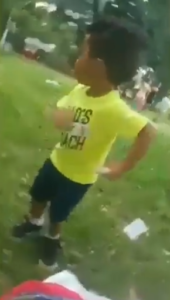 Mom recorded as the happy kid broke it down to the music playing on their speaker, not only proving himself as a dedicated donut lover but a surprisingly talented dancer as well. 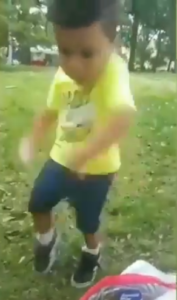 Mom even joined in at one point, adding her own hilarious rap to the beat: “Eat your donut, hey, take a bite.” 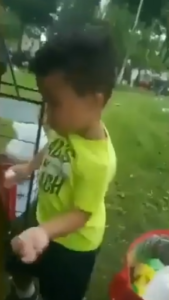 And he did, indeed, take a bite — and then another, relishing every morsel as his family members cheered him on. 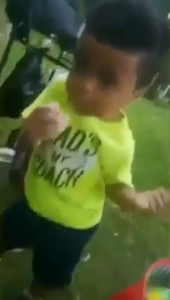 The adorable home video was uploaded to Facebook, where millions watched and found the footage all too relatable. Some wondered where he learned his moves. Others confessed they (or their children) would react the same way.

One viewer wrote, “That’s how I feel on the inside when I get the food I’ve been craving.”

“All that for a donut. I wonder what [he’s] going to do when he gets his tooth fairy money under his pillow,” another added.

Celebrating the simple pleasures in life is something we should all do more of as adults. So thank you, sweet little boy, for sharing such a wholesome reminder. Watch as the little donut fanatic tears it up in the clip below, and share with other parents whose kids feel the same about getting their favorite dessert.

Posted by Jimmie Lee Borders-Barnum on Saturday, May 4, 2019