One of the most inspiring things about dogs is their resilience.

Lion the golden retriever is a perfect example. The 11-year-old sweetheart from Rio de Janeiro, Brazil, loves swimming almost as much as he loves his family, and he won’t let anything keep him from them — not even cancer. 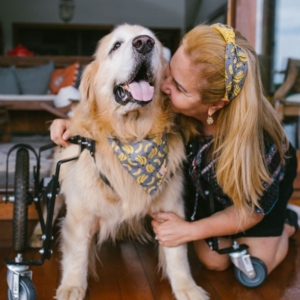 Right now, Lion is fighting the terrible illness and using a wheelchair to get around, but it’s obvious that hasn’t kept him from living his best life.

In an adorable video shared by his family on Instagram, we see that the joyful pup wants nothing more than to take a nice, refreshing dip in the pool so he can swim and play with Taiia, his furry sibling. But instead of easing himself into the water, he just goes for it! 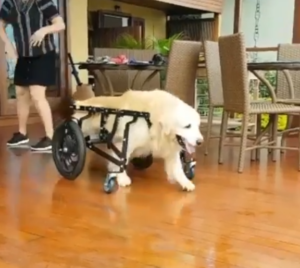 As Lion takes off, barreling toward the edge like the unstoppable force of nature he is, his mom frantically rushes over to stop him. Of course, since Lion’s determination knows no bounds, she just ends up pulling the falling deck chair out of his way as he dives right in! 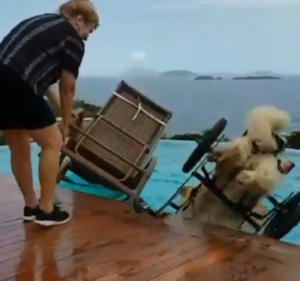 Best of all, she had nothing to worry about! Lion is a great swimmer (though his wheelchair definitely isn’t), which he proves with glee as his family looks on and laughs at his antics. 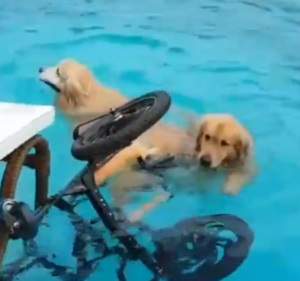 Lion is living proof that even in the face of hardships, we can still have fun. After all, one of the keys to overcoming adversity is a positive mindset, and this good boy has loads of it. Keep swimming, buddy!

Watch Lion and his wheelchair go for a swim in the video below, and share this story with other dog lovers to make them smile!

Health Care Worker Leaps Into Military Daughter’s Arms When She Shows Up At Hospital.

D'Anna Capriotti was able to come home early after being deployed overseas, so she seized the opportunity to give her parents the best surprise ever! Because her mom Hayley was...