How old were you when you got your first car?

Chances are, you were a lot older than 2 years old! A new viral video introduces us a little boy named Lin Lin who’s barely out of diapers, yet his very impressive fleet of toy cars would make most grown adults jealous! He’s already really good at handling his cars, too. 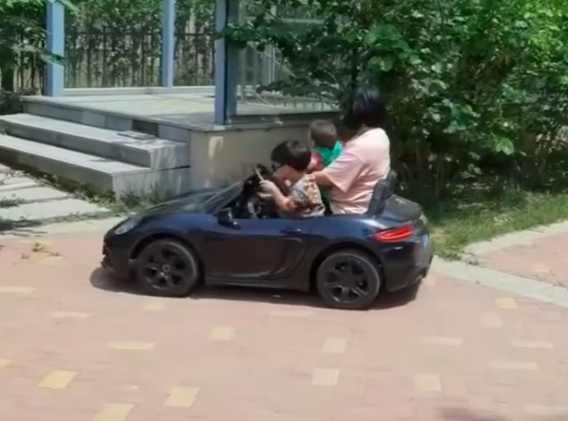 Lin Lin has a collection of about 13 motorized miniature cars. The video shows him cruising around his suburban neighborhood, picking up members of his family, hauling items in a tiny truck, and deftly maneuvering his vehicles around any obstacle in his path.

His home has also been modified to accommodate the vehicles. Instead of front stairs leading into the house there’s a ramp so he can drive right in. Once inside, he effortlessly backs his car up into a special parking spot the family made for him in the front hall of their house. The way he backs his car into the small space is pretty impressive! 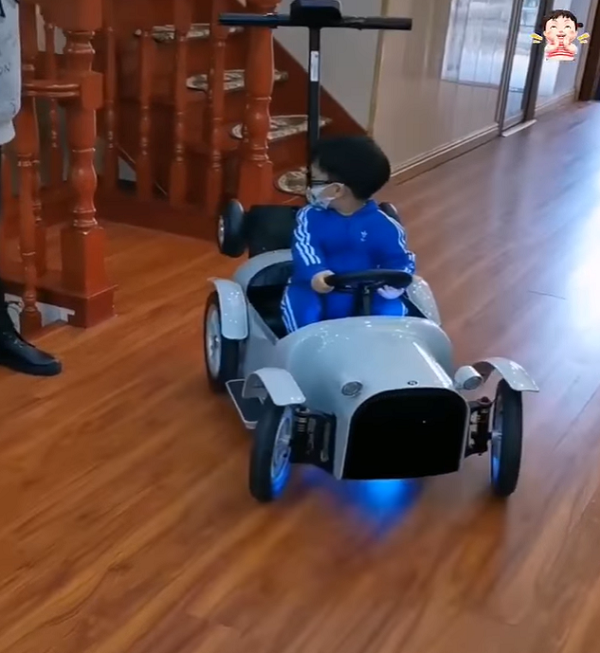 Even though he’s only two he seems to be very helpful around the house, and his manners are on point. There are several moments in the video when he gets out of his car to open the door for his passenger, including his mom and baby sibling. He’s also pictured unloading parcels from the back of his tiny Hum-V and driving a flat bed truck full of groceries right into the house for his mom.

The final shot of the video shows all of his collection together, including various scooters, bikes, and even Matchbox cars. We counted 13 motorized tiny cars in the mix — wow! 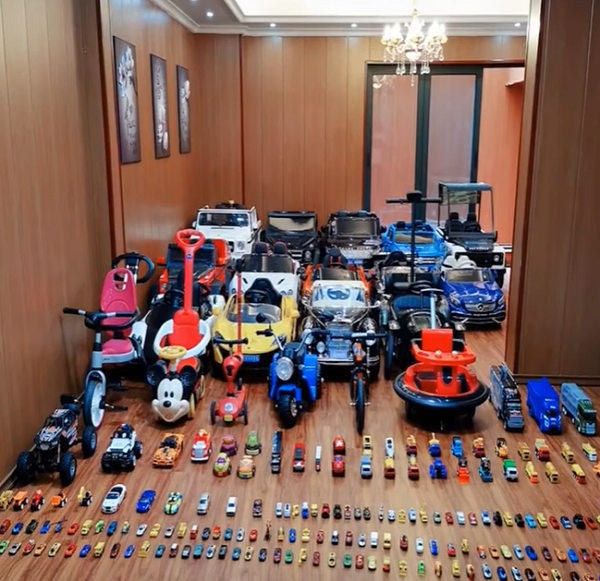 It’s official: this kid drives better than we do. What a lucky boy to have so many fun toys to choose from. By the time he’s of legal driving age he’ll get his license in a jiffy!

Watch the cute video below.