One of the most creative aspects of “The Voice” is that during people’s auditions, the judges vote without being able to see them.

Recently, Blake Shelton, Kelly Clarkson, John Legend, and newcomer Nick Jonas were at it again when Levi Watkins of Alabama stepped up to the microphone. It didn’t take long for this incredible 14-year-old to blow them away! 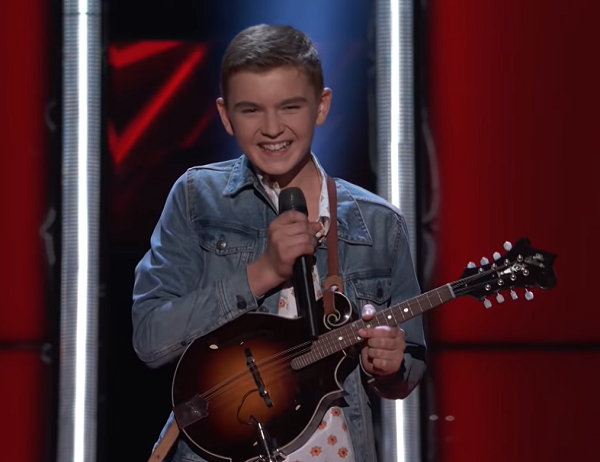 Levi is a high school freshman who said musical talent runs in his family. For his audition, he chose to cover Train’s “Hey, Soul Sister” while accompanying himself on the mandolin.

In a video, we hear his raw talent from the moment he opens his mouth. Shelton appears to be deep in thought for about 30 seconds before he gives in to the power of Levi’s voice. That’s when he reaches out and presses a button to flip his chair around.

While he doesn’t reveal his shock to the other judges (who keep their backs turned until Levi’s performance is over), it isn’t for lack of effort. “I am not an actor, but that is the greatest performance I ever gave in my life,” Shelton explains later. “Somebody give me a microphone to drop. I need it badly.” 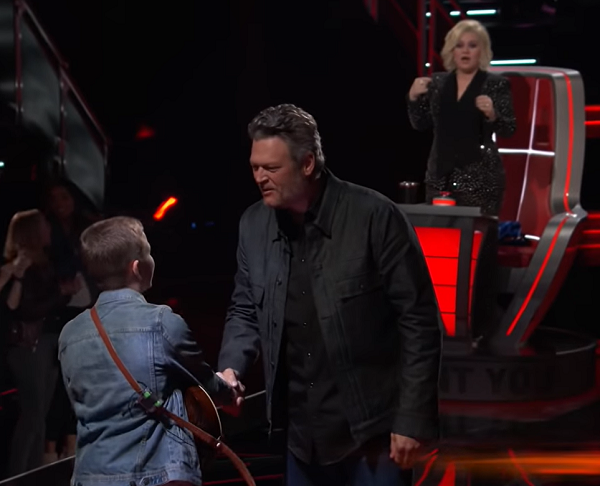 As soon as Levi finishes his song, the other three judges turn around and take him in for the first time. “A baby!” Legend immediately shouts. Clarkson’s face is a picture of shock, and she says, “I have not been that thrown in five seasons.”

Then everyone watches as Shelton celebrates becoming Levi’s coach. “That was an incredible vocal,” he cries. “When you guys didn’t turn around, that was the worst move of your entire ‘Voice’ careers. … I’m so lucky!” 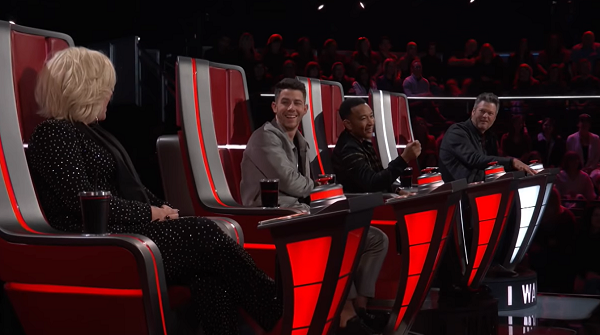 We can’t wait to see how good Levi becomes with a little guidance from Shelton. No matter how far he gets in the competition, his career is already off to a great start!

Watch Levi shock the judges in the video below, and don’t forget to share this story with your friends.