All student-athletes work hard to achieve perfection in their sport, but it’s rare to see one actually hit the mark.

Gracie Kramer is a senior at The University of California, Los Angeles. The Newport Beach, California, native has been perfecting her gymnastics floor routine, a thematic take on the dark movie, “The Joker,” for the past year. While she’s earned impressive scores as high as 9.95 at recent competitions, it wasn’t until the team faced off against Washington that Gracie truly nailed it. 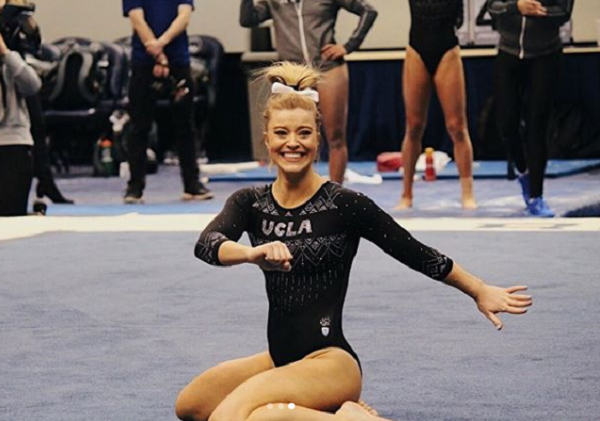 Gracie is a 2019 All-American athlete who has been an important member of the UCLA gymnastics team throughout her collegiate career. Many consider her to be one of the best floor performers in the nation!

This year, she choreographed a creative floor routine that incorporates musical notes and styling from the huge Billie Eilish hit, “Bad Guy.” The choreography also shares the same frenetic but disjointed energy, with robotic movements and a very “Harley Quinn” vibe. That’s because Gracie’s inspiration came from the off-kilter characters in “The Joker.” Some commentators have even called her routine “dark” and “foreboding.” 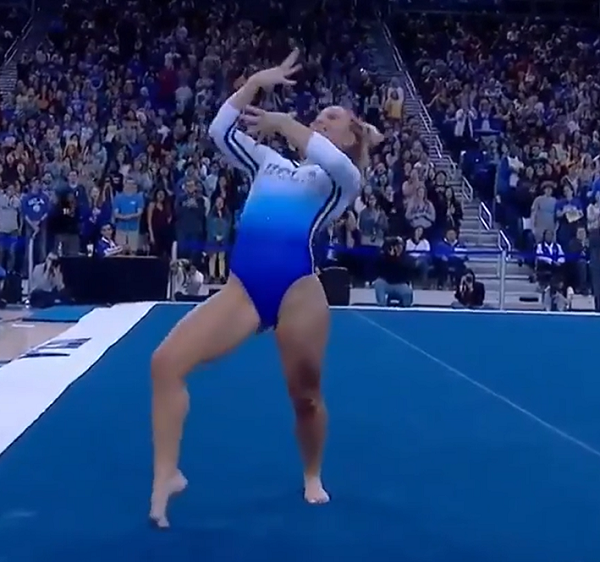 She says she has a lot of fun with this choreography, especially because she’s playing a character so different from her own bubbly personality. Late in 2019 Gracie said she doesn’t get hung up on never achieving that elusive perfect 10 because she doesn’t “want to take away from the amazing moment that [each routine] is.”

But Gracie doesn’t have to worry about taking away from that amazing moment any longer because now she’s finally done it! As UCLA faced off against Washington, Gracie’s “Joker” performance finally earned her a score of 10! 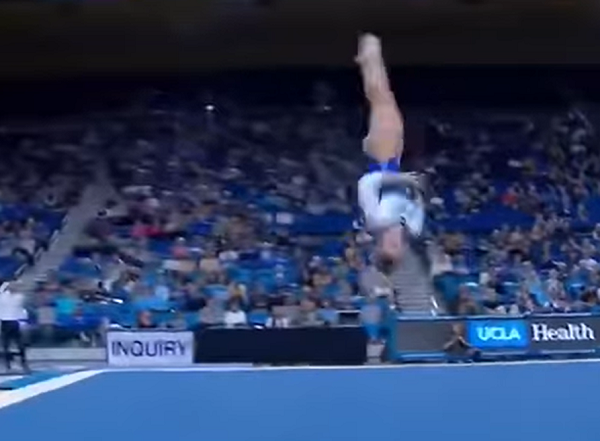 She’s worked her whole life to achieve this perfect moment! You can see the time and dedication paying off with every perfectly executed motion. She’s the epitome of control and grace when she’s on the mat. Well done, Gracie. We’re all proud of you!

Watch Gracie’s perfect 10 floor routine in the video below, and don’t forget to share.