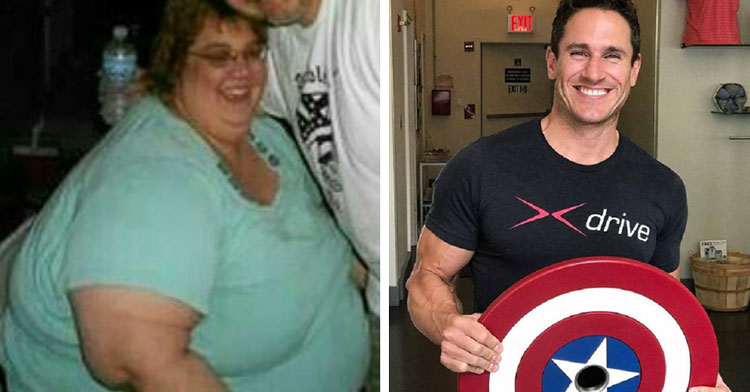 900-Lb Marvel Fan Loses Half Her Body Weight Thanks To Capta...

Laura found herself essentially trapped by her own body weight, struggling to perform even the smallest movements like getting up out of a chair or climbing a few stairs. When heart problems sent her to the hospital for almost a week she was ultimately diagnosed with cardiomyopathy. 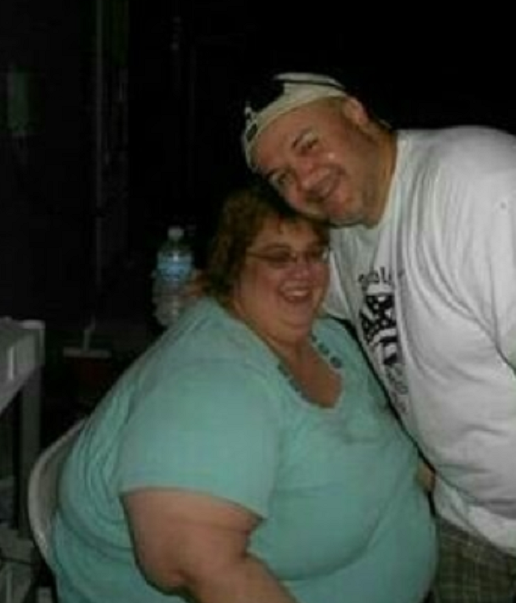 With heart disease destroying the muscles of her heart day by day, Laura was given a choice by her doctors: lose weight or die. In fact they warned her that if she didn’t make serious changes she’d need a heart transplant.

“I only had 15 percent usage of my heart on my left side,” Laura said. “I was scared to death. It was a sobering moment. The doctor had told me the cardiomyopathy was like when they see it in people who are drinkers or do drugs. I do neither,” she said.

Doctors removed more than 100 pounds of fluid that her body had been retaining due to her poor heart function, but Laura knew that she had a monumental task ahead of her if she truly intended to change her lifestyle. Prior to receiving her diagnosis she rarely even left the house, but now she was faced with ditching her unhealthy foods and slowly starting an exercise regime. 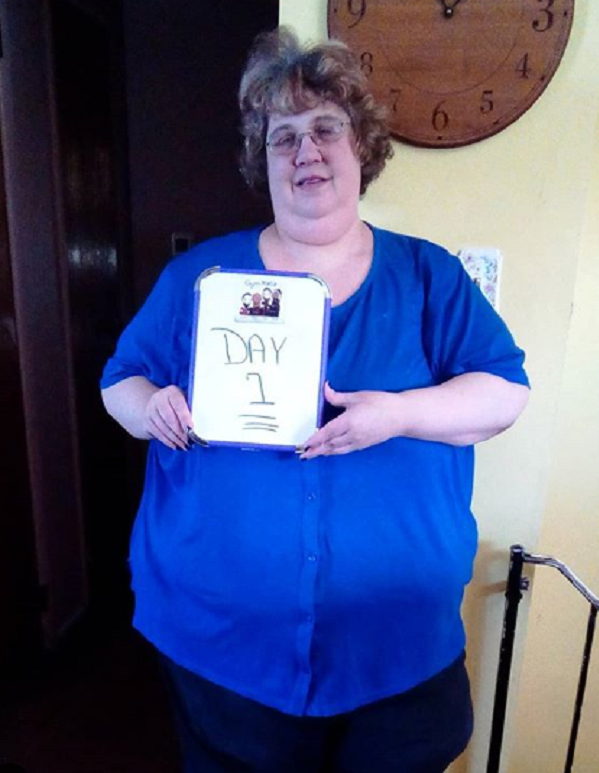 Laura began a low-sodium diet and began taking short walks around her house. Between the years 2009 and 2016 she managed to lose an incredible 365 pounds, but that’s when she hit the dreaded weight loss plateau. When the scale refused to budge Laura knew it was time to kick her regiment up a notch.

“I was just stuck. I could not go over that plateau,” she said. Laura turned to an unlikely source for help: social media. As a huge fan of the Marvel Universe, Laura follows a lot of the actors from the super herofranchise. One of her favorite actors is Sebastian Stan, who plays Bucky Barnes. Sebastian often shares workouts with his trainer, Don Saladino, and when Don asked viewers to send in questions Laura couldn’t wait to chime in. 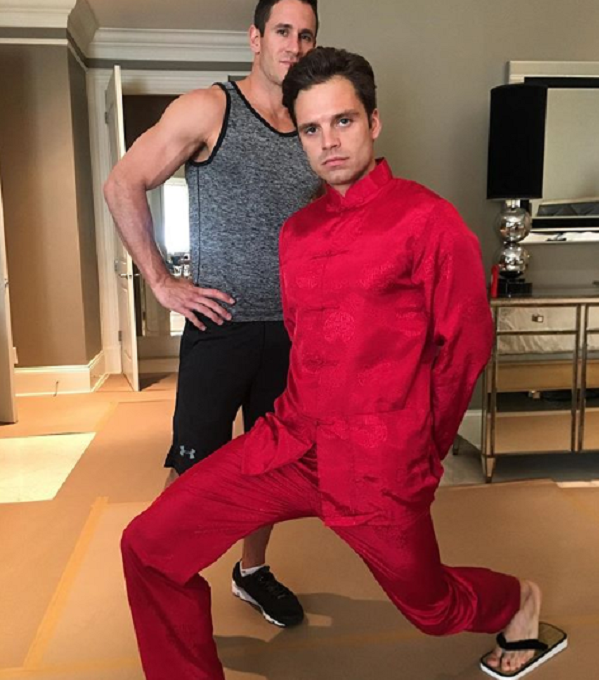 “He answered me. He said, ‘Whoa really? You did this?’” Laura said, explaining Don’s reaction to her already-impressive weight loss. The pair began to message back and forth, and soon Don agreed to help Laura finish the job she’d started all those years ago.

The first order of business was to drastically change Laura’s diet. Don cut out white flour and sugar and added in lean proteins and tons of veggies.  “She had to eliminate all the crap,” he explained. “Her life was on the line.” 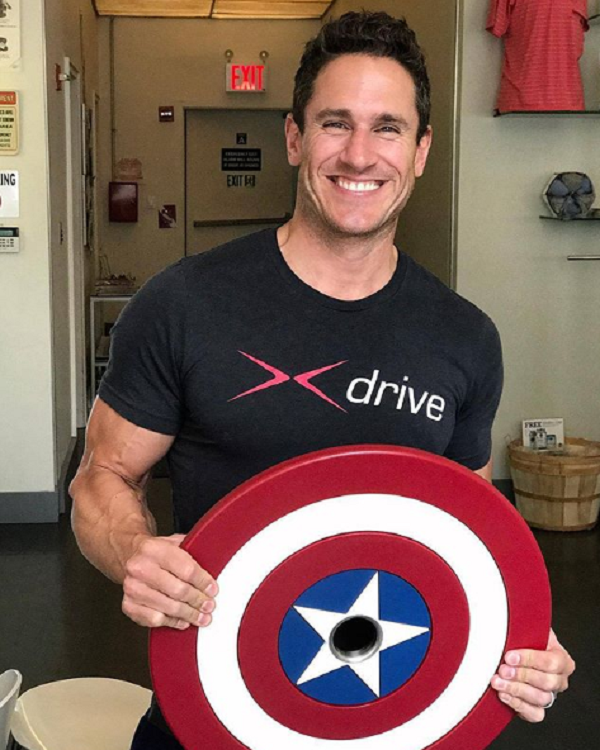 Laura was still using a walker to get around, so Don modified his exercise program and issued a 30-day walking challenge. She quickly gained strength and stamina. Two years later, Laura walks about 18,000 steps a day!

“When I started her on the treadmill she couldn’t walk a minute in one shot. In only about a month, there was a lot of progress,” Don said. 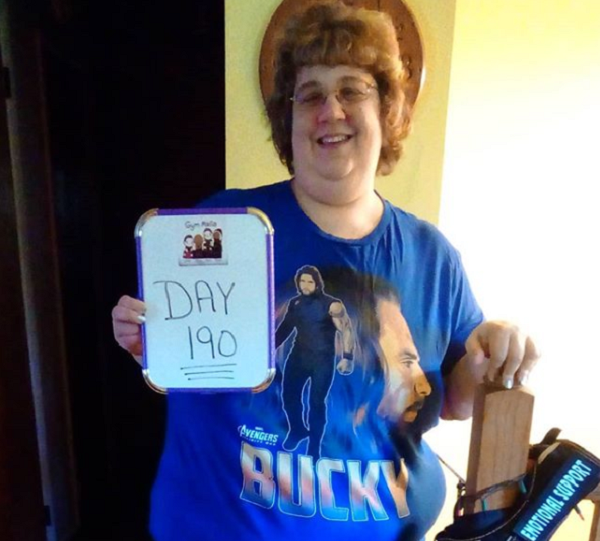 Since Don lives in New York City he trains Laura virtually over the internet, although he recently surprised her in person to give her a special treadmill, decked out in Captain America colors. 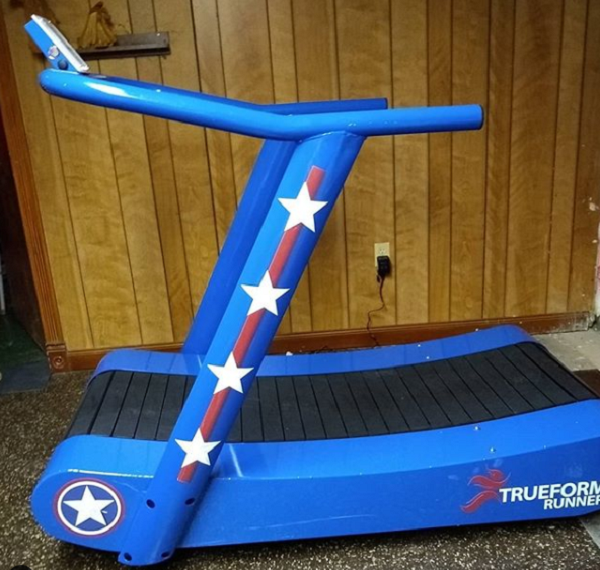 After working out she takes a picture to update both Don and her growing social media audience. To date she’s lost another 175 pounds, weighing in at 376. She hopes to lose another 176 pounds to reach her goal of 200.

“Mentally and physically, I am stronger than I think I am. That’s the biggest thing for me,” she said. While Laura could not have overcome her plateau without Don, she says that the support people need doesn’t necessarily need to come in the form of a famous personal trainer. Her three tips for anyone trying to lose a lot of weight are: 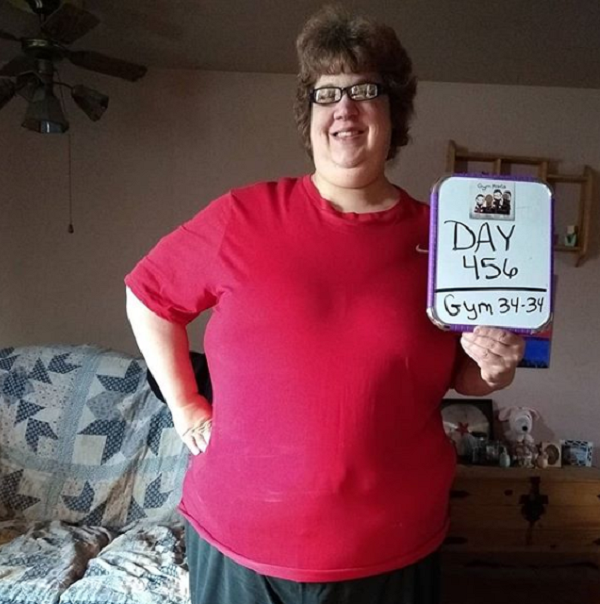 “It is all those little things,” she said. “I have a lot more confidence,” Laura said. “I am lucky that I have this support team behind me,” she added. “I owe Don my life. If I wouldn’t have found him to help me I don’t know where I would go.” 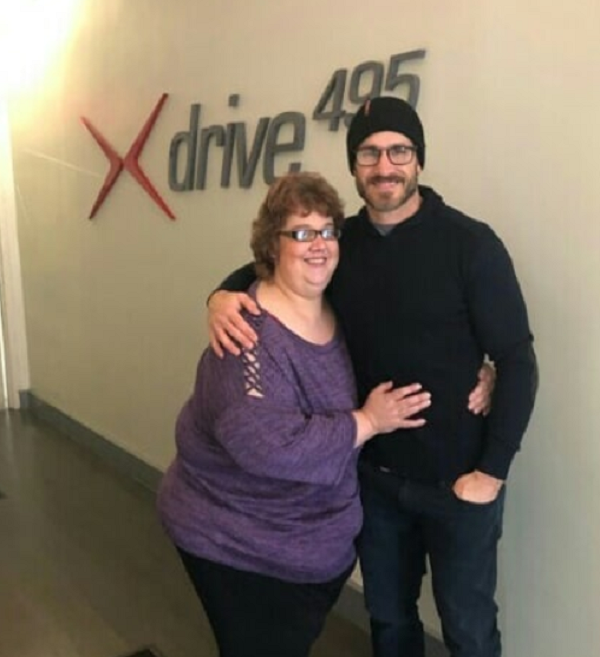 It’s so amazing that Don took the time to work with a regular person like Laura! He must be so proud of her accomplishments so far. We can’t wait to see her when she meets her weight loss goal, but for now we’re incredibly inspired by her perseverance and eagerness to change her life for the better. Way to go, Laura!

Please share Laura’s story to encourage others to get healthy today. Don’t wait!
Next Story