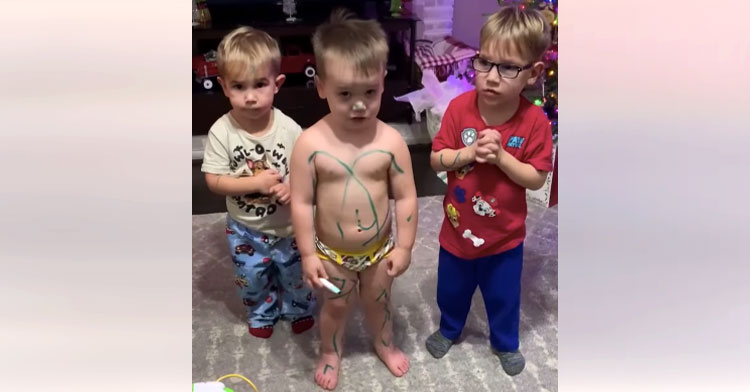 Guilty Toddler Explains Why He Is Covered In Marker In Hilar...