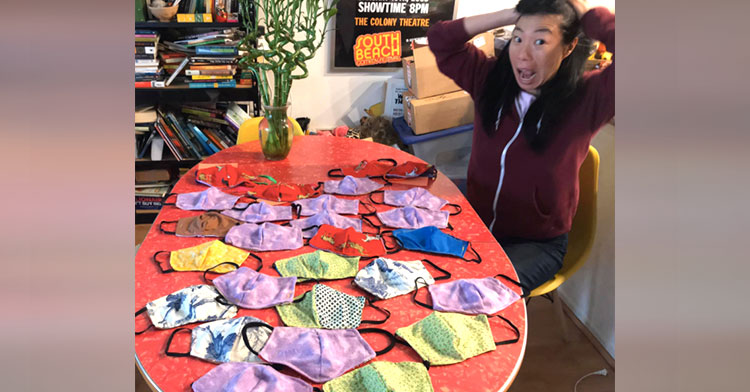 For some people, the novel coronavirus pandemic has become an incredible opportunity to help others.

Actress and comedian Kristina Wong of Los Angeles, California, found herself out of work when the shutdown began and her cross-country tour was canceled. Rather than let the change of plan get her down, she was determined to do something positive! 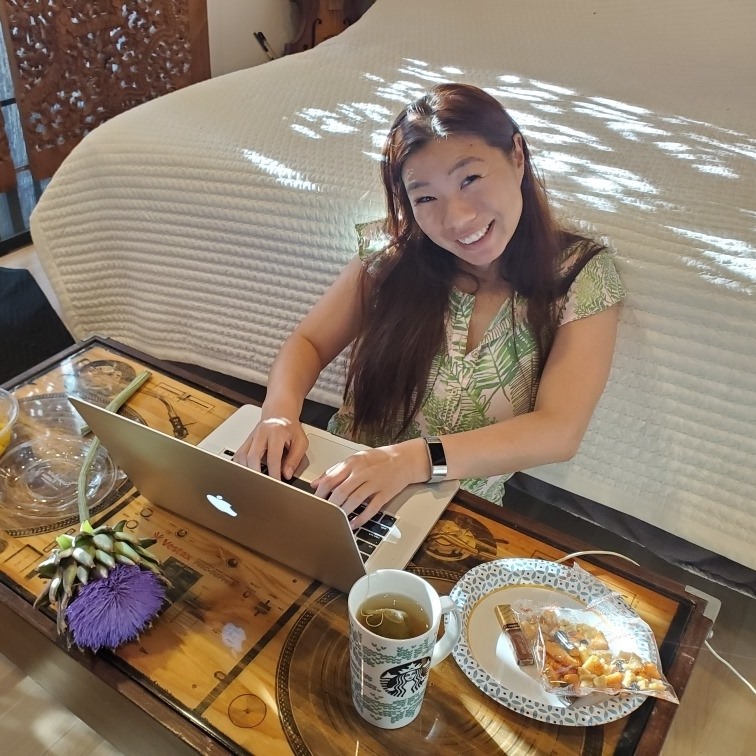 It didn’t take long before Kristina found a need she could fulfill. Face masks were becoming increasingly important, but finding them could be extremely challenging. Since Kristina learned how to sew as a child and often makes her own costumes for her performances, she decided to get to work!

On March 20, she sat down at her sewing machine and made her first face covering. She also posted a message on Facebook, offering to make masks for anyone who is immunocompromised for just $5 to cover postage. When hundreds of messages flooded her inbox, she realized she might need to gather some support. 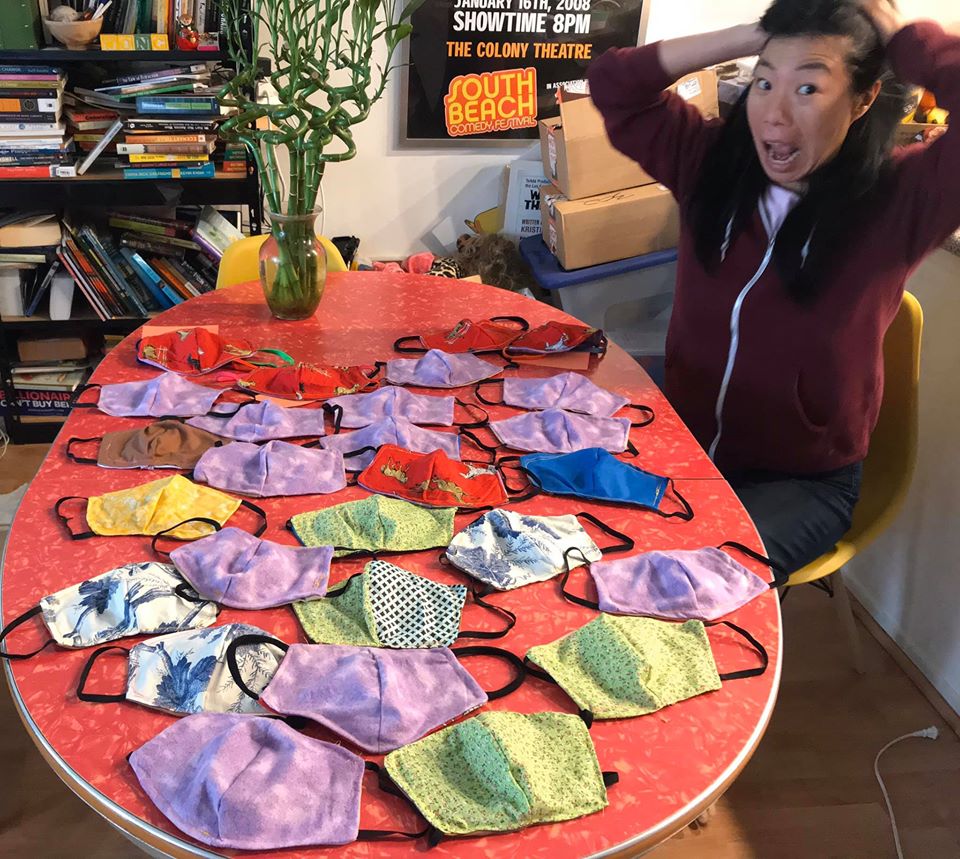 “I was saying ‘yes’ faster than I could sew,” she said.

She started a Facebook group called “Auntie Sewing Squad” and recruited 26 people to help out. The members were based all around the country, and they got right to work!

Just a few months later, the group grew to include about 800 people. Together, they have distributed 55,000 masks to communities in need! 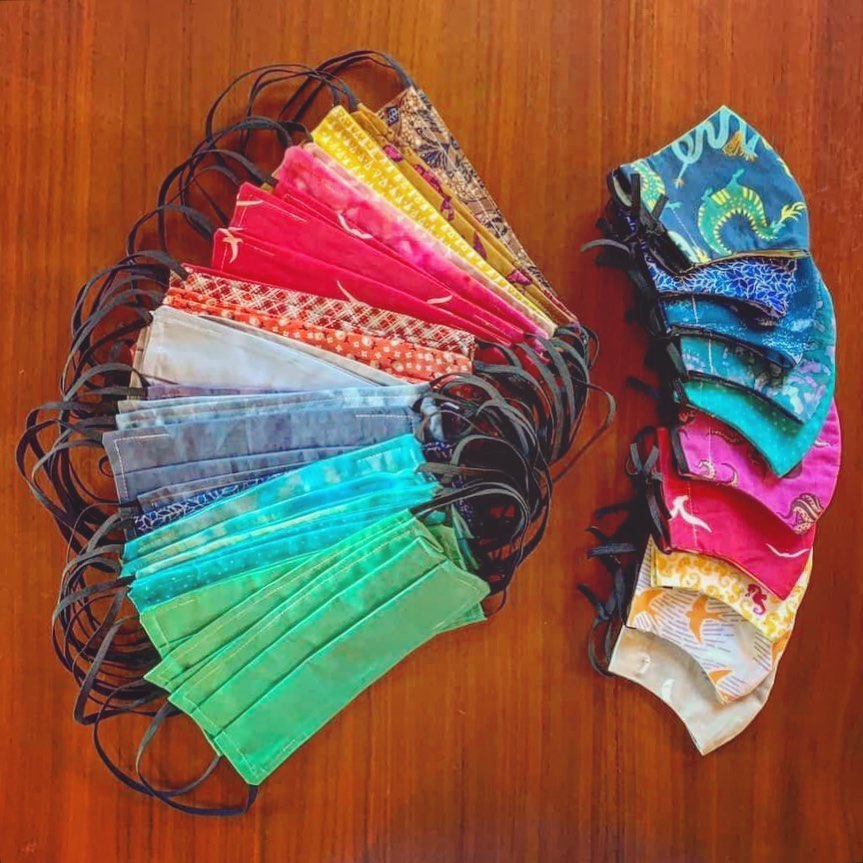 As the group took shape, Kristina was determined to direct their resources to communities that are often overlooked, including immigrants, farm workers, and people experiencing homelessness. Now, the “aunties” are helping these groups make masks of their own by donating sewing machines and other materials — and offering free virtual tutorials!

One of the communities they’ve reached out to is the Navajo Nation. Since their residents have been especially hard-hit by COVID-19, the Auntie Squad has provided them with everything from diapers to hand sanitizer. Thanks to their sewing machine donations, the community has been able to make more than 40,000 masks of their own! 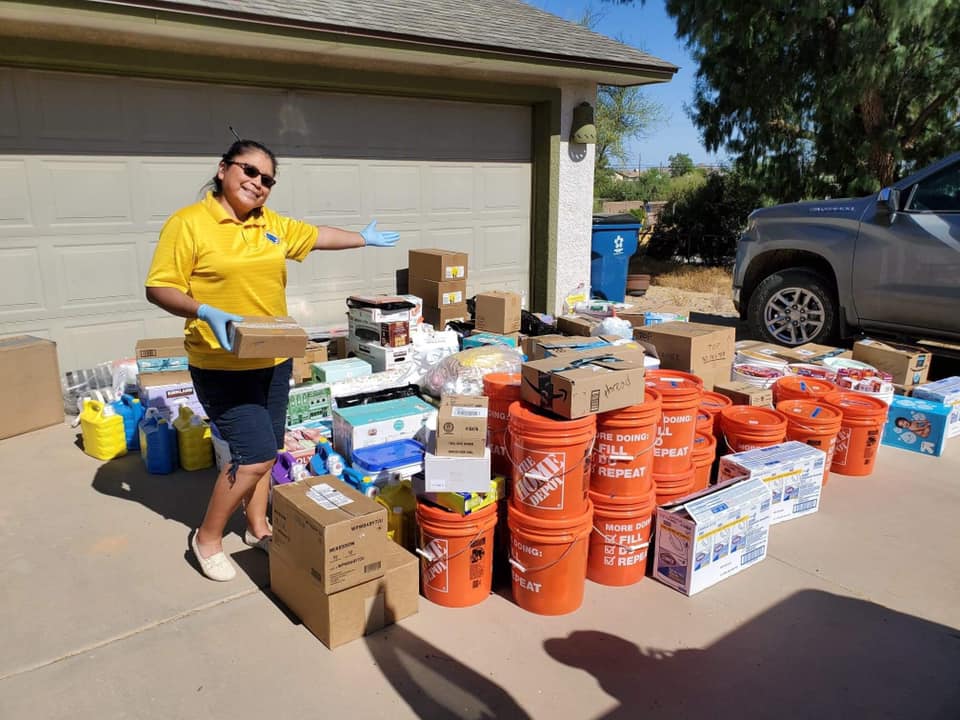 None of this would have happened if Kristina hadn’t been adamant about finding a way to give back. She’s a great example for everyone! There’s always something we can do to help!
Share this story to inspire more acts of kindness.
Next Story