It takes a little while for babies to work up the courage to get out of their comfort zones and step into the wide-open world. But with enough curiosity, nudging and encouragement from Mom and Dad, they realize it’s not such a scary place after all.

That’s the scenario that played out at a Clydesdale facility in North Georgia, when workers had to persuade a newborn foal to follow his mother outside the stable.

Kyra had given birth to Kid Rock just two days earlier, and this was the first time the long-legged baby would feel the sun on his back or lush grass beneath his hooves. 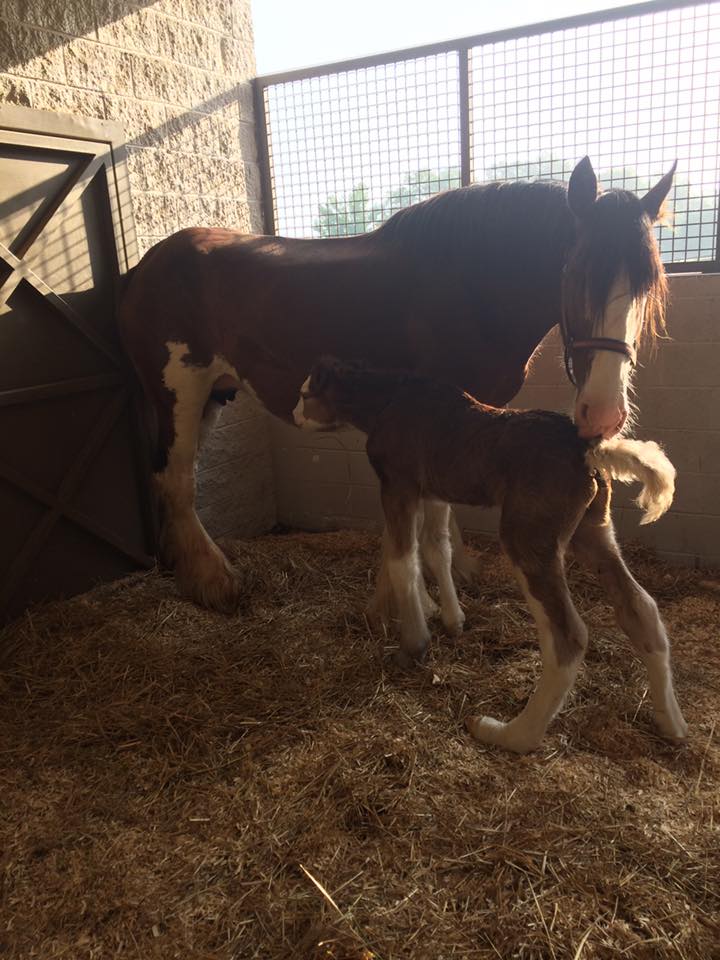 But he’s suspicious. Very suspicious. So instead of galloping out into the fields, he lingers at the threshold of the stall, clearly not sure whether this is a good idea.

Mom! Hey ma, where are you going? Don’t leave me! 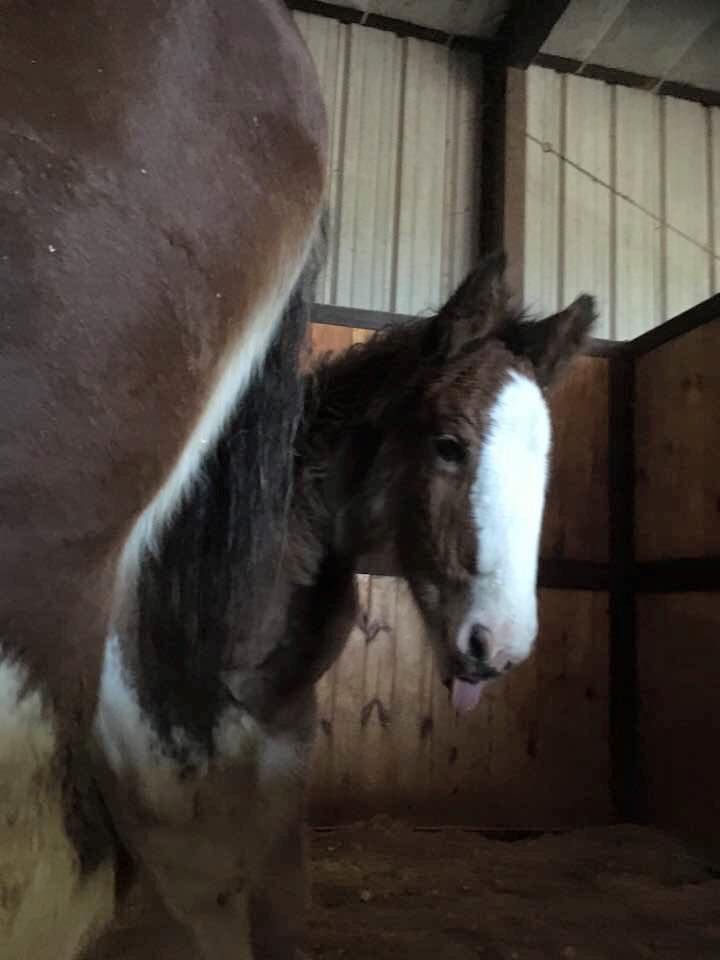 He finally makes those first big steps, but remains in the shadows of the barn until he can figure out whether all this light poses any kind of danger. It’s all so confusing! So Kyra’s brought back in to guide him out, and he apparently takes it on faith that she’s not leading him to his doom. 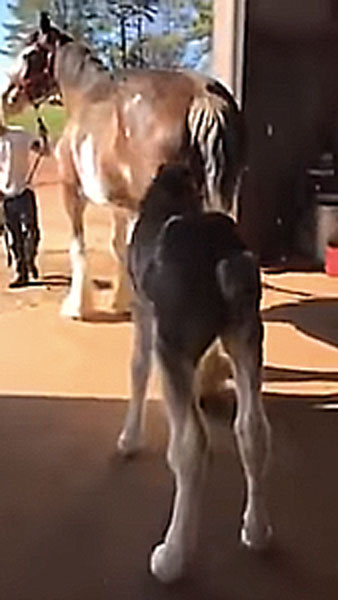 But once he’s out there – look at him go! He’s totally loving it! 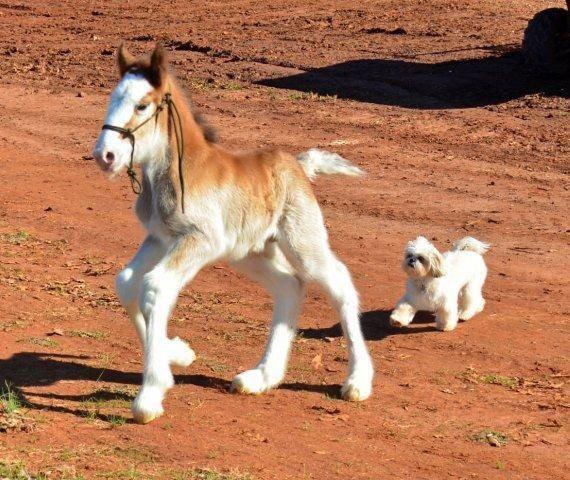 Some viewers questioned why Kyra wasn’t allowed off lead so she could enjoy some time acclimating her little one to the great outdoors. But horses are herd animals, Classic City Clydesdales replied, and she’d just set off looking for the rest of her herd – leaving Kid Rock to stumble after her as best he could, potentially far off into “no man’s land.” 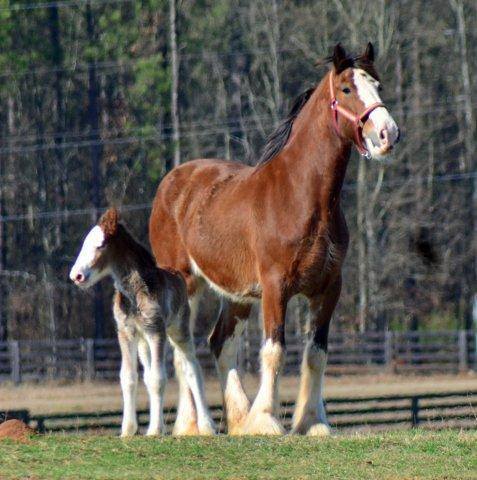 Click on the video below to see him bounce and frolic (and even throw a couple kicks), and remember to share with a horse lover today!