It had been a long, tough day for Oakland, California, firefighter Kevan Brown.

Kevan’s crew was called out to an apartment fire that had spread rapidly. He’d been inside the apartment, searching fruitlessly for any scared children or adults who may have been trapped when the blaze broke out. When he came across a room with an empty crib in it, he feared the worst. 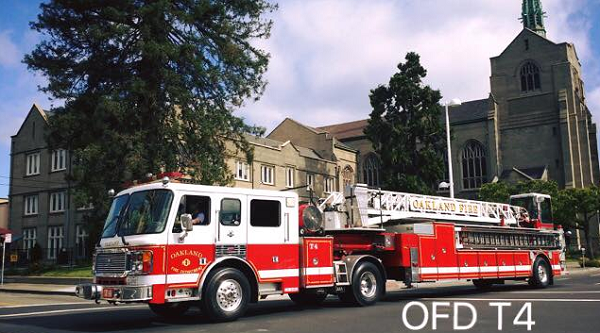 “I was searching, searching, searching… you see a crib and you start thinking the worst because little kids will hide,” Kevan explained. “Adults would try to get out. But kids, especially if they are separated from their parents. They get scared and might hide in a closet. You have to look everywhere.” 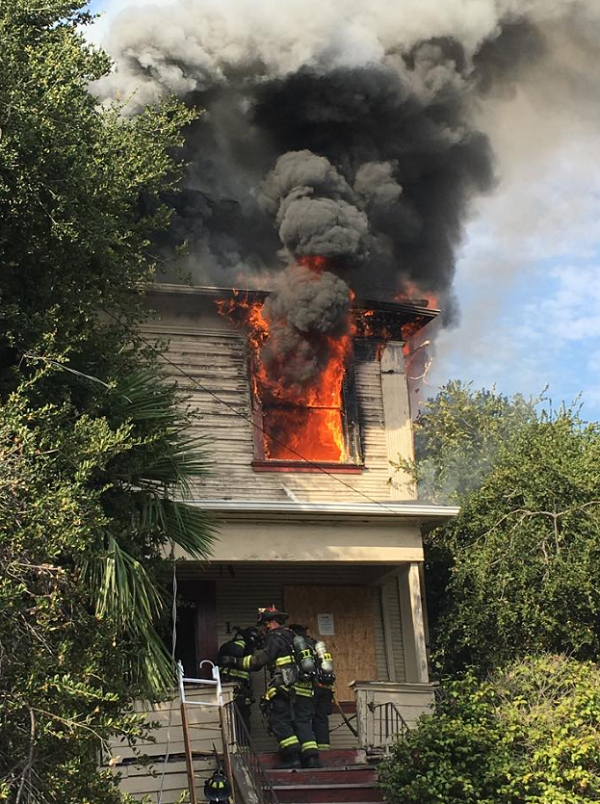 At long last, Kevan was given the all-clear. The living room and kitchen of one apartment had been completely destroyed, but all of the residents had gotten out safely.

Now that he knew all of the occupants were accounted for, he could finally sit down and take a rest. He saw a woman running towards the burned up apartment, holding her baby in her arms. “I was like cool — she’s safe. It’s all good and I can take a breather.” 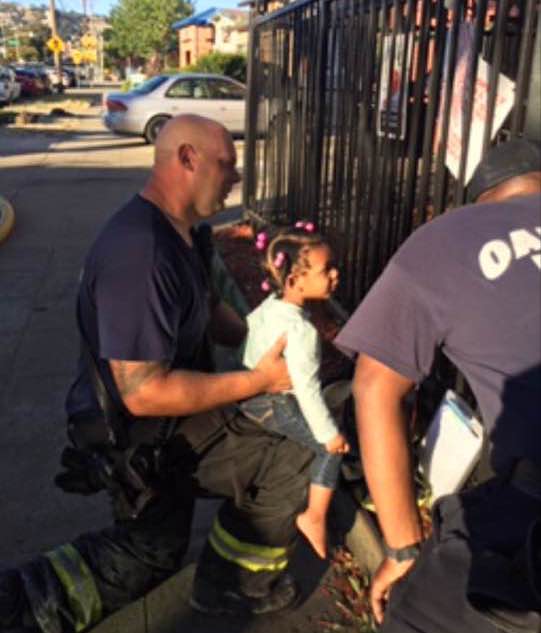 Kevan volunteered to sit with the toddler as her mom went in to see if there was anything salvageable from their apartment. He chatted with the little girl, and she seemed perfectly happy in spite of the traumatic events the day had dealt her family.

Kevan seemed genuinely pleased to spend a few stress-free moments with the child. 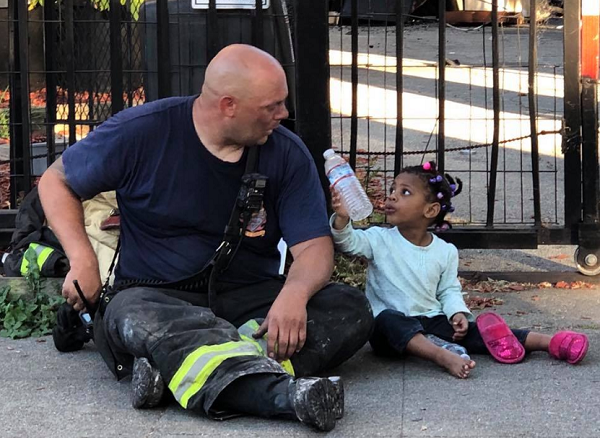 Incredibly, the little girl seemed to recognize how hard he’d worked on her behalf that day. With a look of great care and concern etched onto her face, she reached up and offered Kevan the bottle of water the fire crew had given her.

This beautiful moment was captured on film and shared on Facebook with a very appropriate quotation: “Every day may not be good, but there’s something good in every day.” 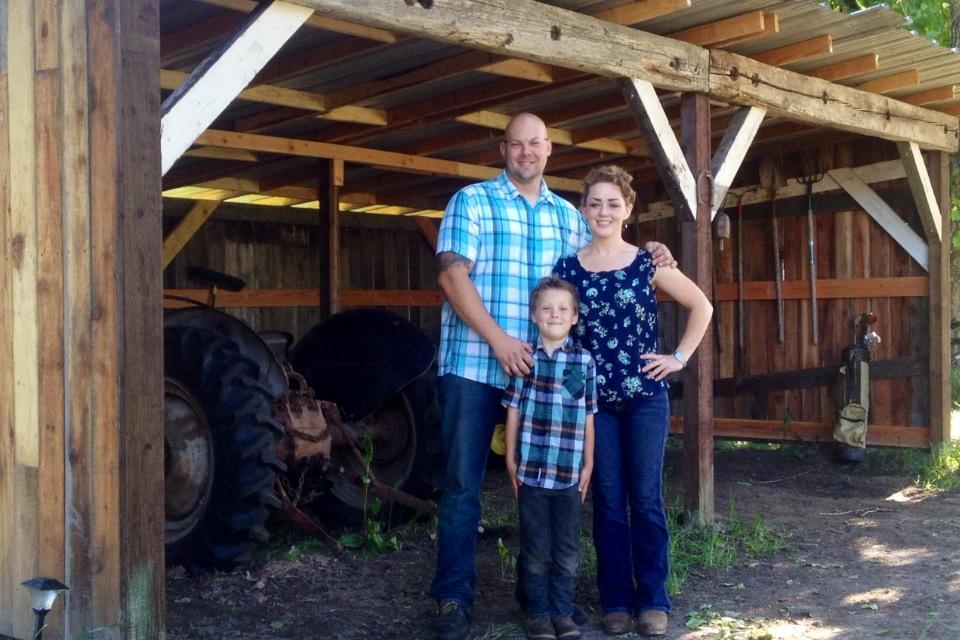 A father himself, Kevan says he hopes the popularity of the photo will encourage more fire safety education for children. This story had a happy ending, but many do not; teaching little children what to do in case of an emergency can save lives.