You’re never too young to become a horse whisperer.

Kelli Thomas was working around her family farm in Roma, Australia, in June when her 3-year-old daughter Myf climbed up on a post and started to sing. Their two horses, Chester and Teddy, were curious about what she was doing, so they strolled over and listened to her sweet song. 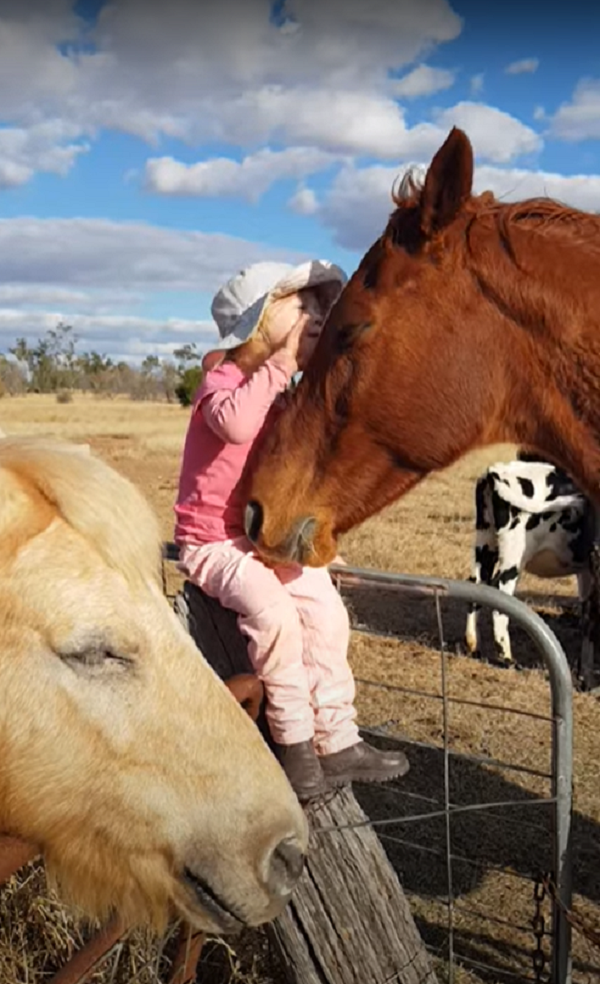 Luckily for us, Kelli was able to capture the adorable moment on video, and now it’s making people around the world smile. In it, we see both horses are gathered around Myf, whose singing voice is just about the sweetest thing ever.

Chester and Teddy are gentle giants and seem perfectly at ease around their tiny human sister. They even rest their faces against hers as they doze off in the gentle sunlight.

“The horses wandered up to investigate and ended up being serenaded to sleep,” Kelli said later. “Just a quiet winter afternoon after feeding the cattle. She’s an Aussie country girl who enjoys having her animals around her.” 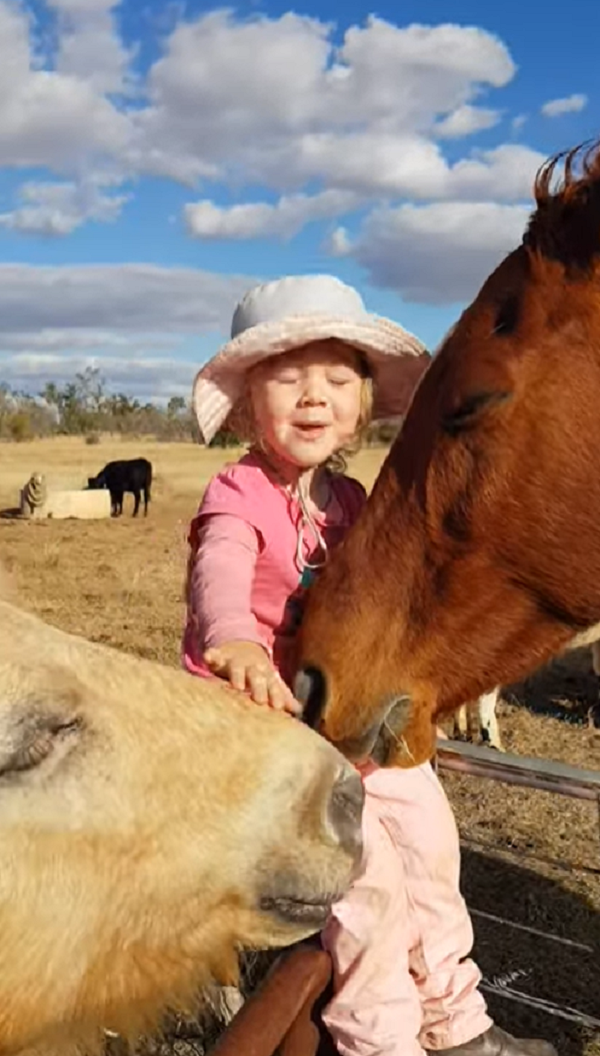 It’s hard not to melt into a puddle the second you hear Myf’s adorable little voice and see her stroking her horse friends’ faces. What a special moment! We’re so glad we get to witness this budding horse whisperer in action.

Watch Myf sing to her sleepy ponies in the video below, and don’t forget to share this story to spread the love.