This couple’s love story should give hope to anyone questioning whether all the complications are worth it when it comes to maintaining a long-distance relationship.

Junski “Jun” Yoon and Minttu Nykanen met and fell in love in Jun’s native Seoul, South Korea, way back in November 2012. By the following year, they were both studying to become physical therapists at separate schools — universities that were separated by the Atlantic Ocean. Despite the distance, their love endured for five long years until Jun decided it was time to pop the question. 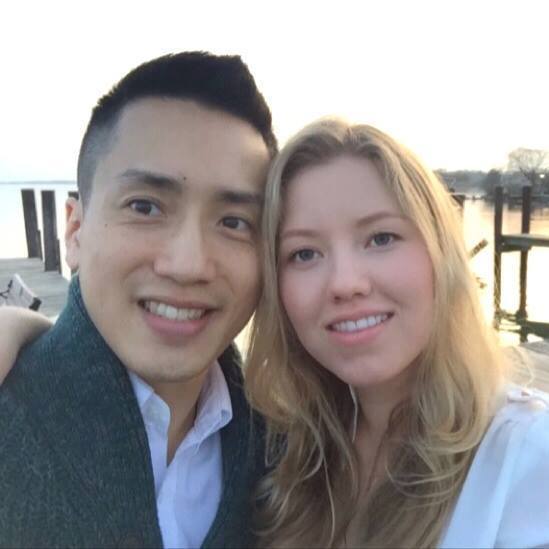 He flew out from Washington, D.C., to Finland in December to visit his long-time love, but with an ulterior motive: casing some potential sites for proposal day. In the end, he decided on a café in Helskini. Not only was it beautiful, but it also contained a piano, which would play a big part in his grand plan. 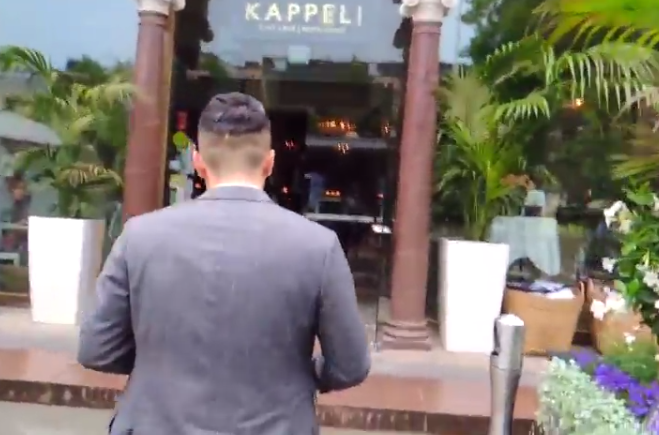 Meanwhile, Minttu was completely in the dark.

The day finally arrived in June, though, and Minttu’s friend took her out for a day of shopping, rounding it out with a leisurely lunch at Kappeli.

“As I was sipping my tea, suddenly some music started to play, and to my surprise, the one playing was my boyfriend Jun,” she wrote in the caption of the YouTube video below. 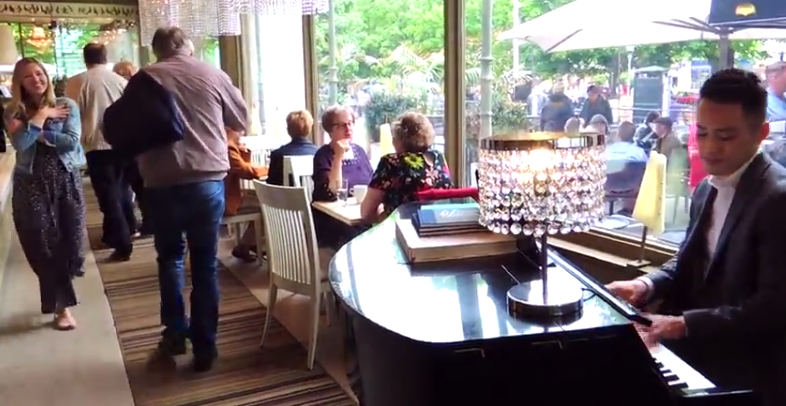 Jun was playing “Thinking Out Loud,” by Ed Sheeran because he thought it perfectly matched their relationship. Moments after he finished the song, he did, in fact, voice aloud a thought that’d been bouncing around his head for at least the last six months. 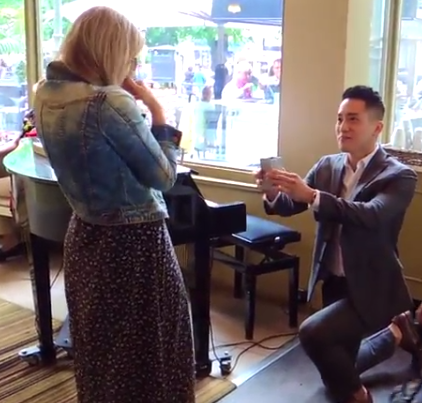 “Then he told me he had a question, and when he got onto one knee I started crying from happiness,” Minttu recalled. “I cried a lot. It was difficult to cry and say yes at the same time. I was so shocked and surprised for a long time afterwards, but also so thankful to him and also to my friends who helped to set up and film everything.” 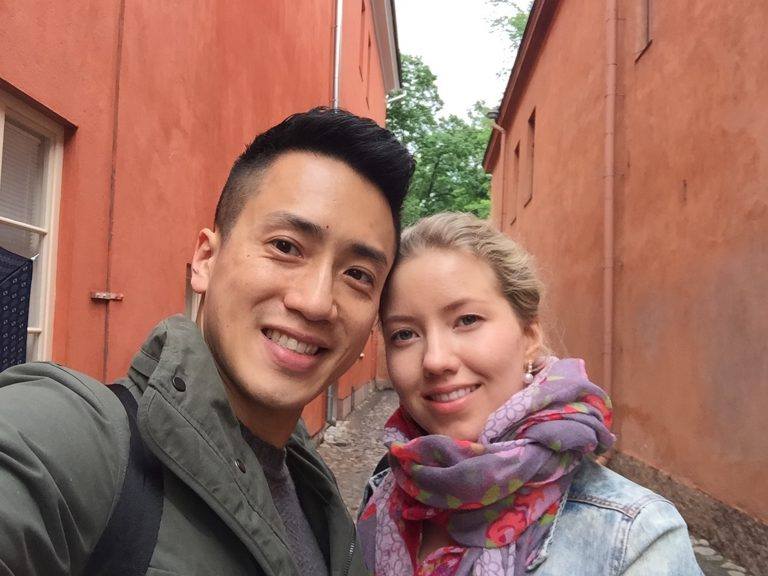 Watch this incredibly romantic proposal play out in the video below, and be sure to share to spread good wishes to this adorable couple!