Juliana Joy Davies is the kind of kid who wears her heart on her sleeve.

The child actress has played a few different roles, but her all-time favorite is being a big sister. So when she got word about a new addition to her family over Christmas break, her reaction was better than anything her mom could have hoped for. 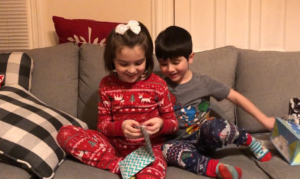 Christina gave her children two gift bags. As they opened the first, Juliana pulled out a shirt that read “big sister,” while Leo got one that said “big brother.” Neither seemed to understand what was going on, but then Juliana opened their second gift.

In a sweet video posted online, we see that as soon as she realizes the object inside is a onesie, her jaw drops. Then she gasps, covers her mouth with her hand, and cries, “You’re having a baby?” 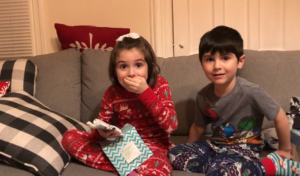 Running over to hug her mom, Juliana sobs, “I never thought this would happen again!” 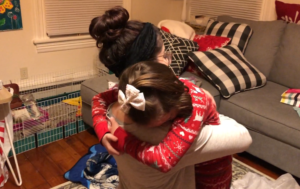 That’s when Christina tells Juliana she’s known for “a long time,” which confuses the little girl because she doesn’t see a belly bump.

Of course, at that point, Christina wasn’t very far along. And as she told InspireMore, she was just as surprised by the new bundle of joy as her kids were! 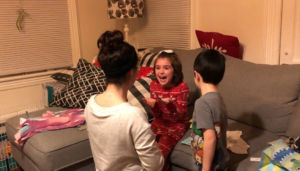 While Juliana hoped for a sister, she was just as excited to find out they’re expecting a little boy. In fact, she now proudly announces the news to everyone she meets!

“She’s been carrying around an ultrasound picture from when we went to the doctor for our 12-week scan,” Christina said. “She keeps the picture in her coat pocket and pulls it out anytime someone mentions the new baby coming.” 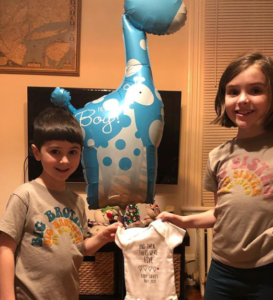 Congratulations, Davies family! We can already tell that Juliana and Leo will be wonderful older siblings. They obviously have plenty of love to give!

Watch Juliana’s adorable freak-out in the video below, and share this sweet story with other parents!

Baby on the Way

Their reactions will melt your heart!