As a parent, there’s no prouder moment than realizing your child has inherited your sense of humor.

Katie Gagner of Andover, Minnesota recently shared a video on her Facebook page that had parents “of a certain age” laughing out loud. It all started when Jude, Katie’s 3rd grader, signed up to do a dance for his school’s talent show. 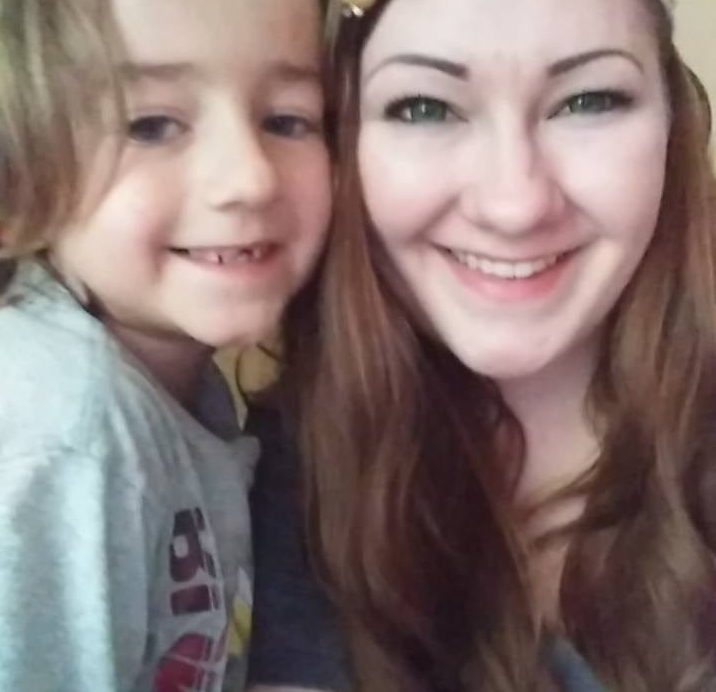 Jude began watching YouTube videos well ahead of the big show. Katie says she and her husband had no idea what he was rehearsing, but he took his work very seriously. By the time he was ready to perform for his classmates Katie had finally seen the act, so she knew before everyone else that they were in for a treat!

Incredibly, Jude had selected a bit of a throw-back for his musical performance. Remember that scene in the 2004 comedy “Napoleon Dynamite” when the title character performs an odd yet fabulous dance routine in front of the whole school?

You guessed it! Jude threw on his best “Vote for Pedro” shirt, red curly wig, and high-waisted pants to give his classmates a talent show performance they won’t soon forget. You could even say he nailed it!

“Jude actually learned [the dance] from watching YouTube videos,” Katie said. “He taught it to himself and surprised us when he asked if he could sign up for his school talent show. He showed us before he performed it for his classmates. Jude is a very talented kid and loves making people smile!” 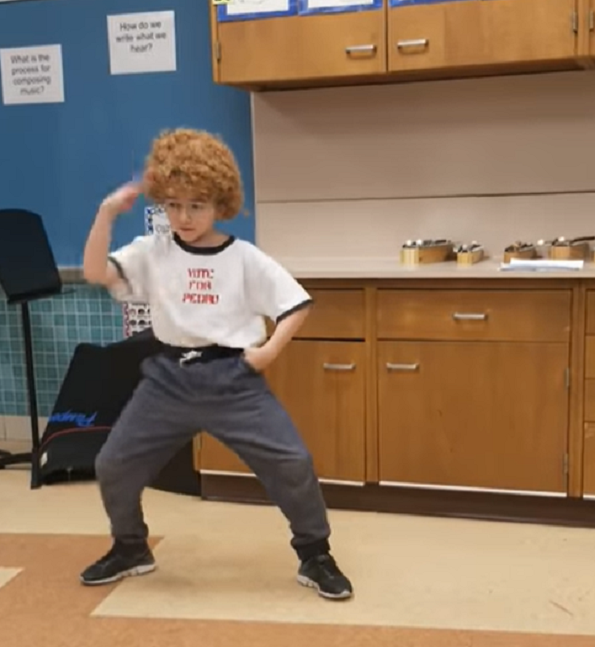 All those hours of studying the choreography paid off when Jude performed his dance at school! As Katie giggled behind the camera, Jude proceeded to dip, dodge, and dance his way right into everyone’s hearts. The video went seriously viral overnight with millions of views, launching this little Napoleon into instant internet fame.

“Jude is so insanely excited about it all!” Katie updated on Facebook. “I’m so proud of him, he works hard everyday. He has been wanting this for years and he puts the work in to make it happen. Thank you to everyone who shared and sent words of encouragement, he loved everyone of them.” 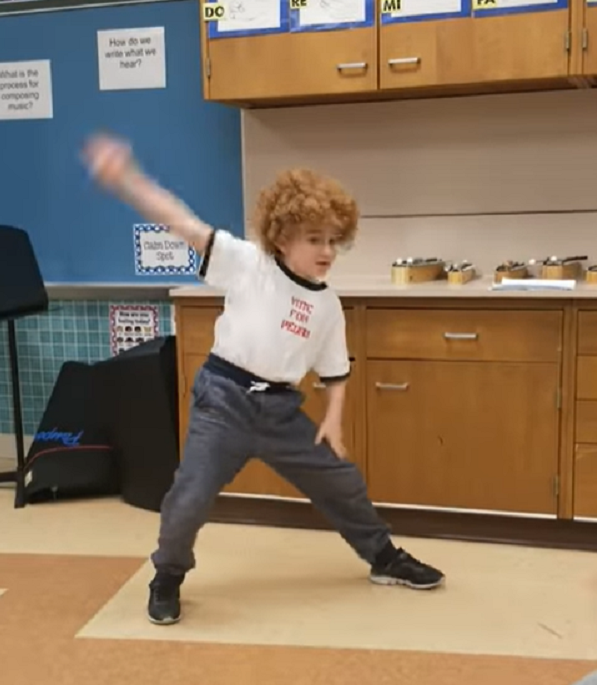 There’s only one word to describe Jude’s dance: DYNAMITE! This kid has some great moves, and the way he nailed this routine is quite impressive. We’re sure the real Napoleon (actor Jon Heder) would be proud.

Watch Jude doing his best “Vote for Pedro” dance above , and don’t forget to share!