In case you don’t have firsthand experience with infants, let us be the first to tell you that babies make the funniest faces.

New parents often have a hard time not laughing as their new babies contort their little faces into a variety of expressions, particularly after having a good feed. They might open one eye and grimace, smile hugely, and let out a jaw-cracking yawn — all in the span of just a few moments. New dad Josh Hawkins has been enjoying every hilarious second of it. 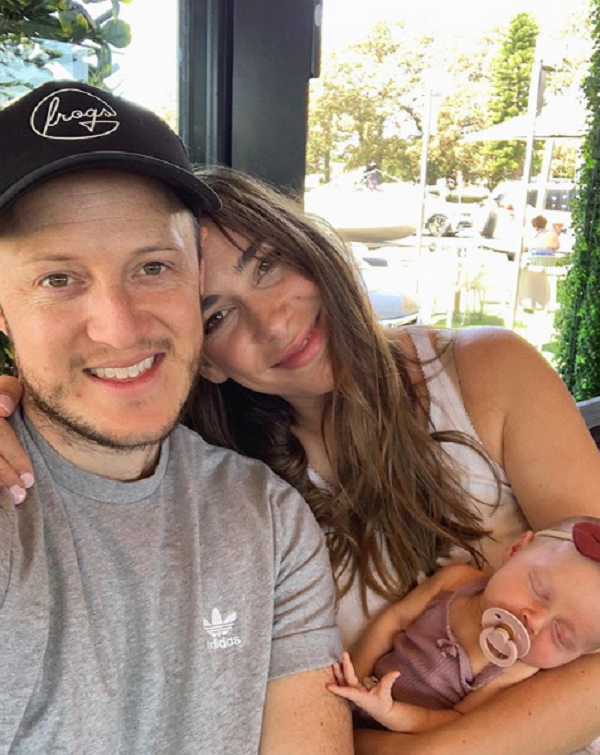 Josh and his wife Catherine welcomed baby Billie to their family just a few weeks ago, and Josh has been documenting his new dad life on Instagram. Josh’s friends say he’s known not just for his sense of humor, but for his hilarious facial expressions and impressions. Apparently, little Billie inherited her dad’s talent for making outrageous facial expressions, because Josh can’t get enough of the funny looks his daughter keeps throwing while she’s “milk-drunk.”

What does a funny dad do when his baby keeps cracking him up? He starts imitating her faces and posts side-by-side comparisons for our amusement, of course! 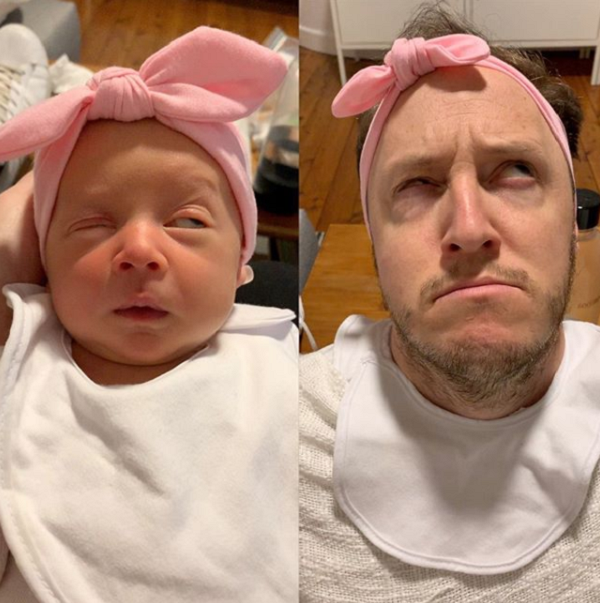 Nailed it! Josh even went the extra mile and put on Billie’s bib and hair bow. “Copying my daughter’s milk-drunk faces is my new full-time job,” he wrote along with a short video of some of his best Billie impressions.

This isn’t the first time the Australian father and his new baby have gone viral. When she was just 10 days old he shared a clip of the little girl looking utterly blissful as he rubbed her fuzzy little newborn head. That video ended up with more than 8 million views on Facebook alone, so there’s no telling how far his newest offering will go! 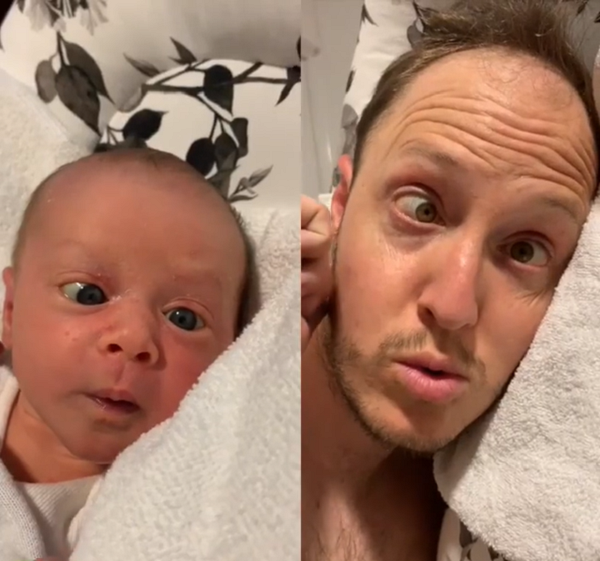 We can’t stop giggling! He manages to perfectly capture each of Billie’s facial expressions, no matter how “out there” they may be! Something tells us this isn’t the last time we’ll be seeing Josh and Billie’s funny faces. Why keep all this joy to themselves?

Watch Josh imitating Billie’s milk-drunk faces in the video below, and don’t forget to share.