Joseph Sheppard may be one of the youngest people to audition for “Britain’s Got Talent” this season, but if you ask the judges, he has star power to spare!

When the 10-year-old from Dudley, England, took the stage to introduce himself, he appeared shy and nervous. Moments later, he ran backstage, but the boy hadn’t lost his nerve. He was just setting everyone up for an awesome surprise! 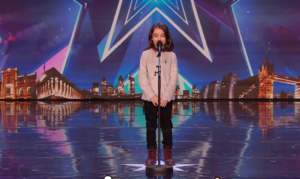 Everyone quickly realized Joseph couldn’t be more comfortable in the limelight!

He returned to the stage wearing a leather jacket and holding an electric guitar. Paired with his shaggy haircut, Joseph looked every bit like a rock star.

“Are you ready to rock, Manchester?” he cried before demonstrating just how well he knows his stuff. 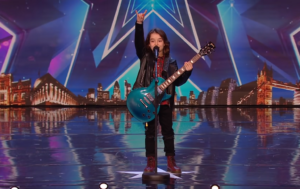 Not only did he prove himself to be a talented guitar player, but he also showed off his stunning voice! It wasn’t long before everyone was clapping, cheering, and dancing along to the music. They had a blast watching Joseph in his element and rewarded him with a standing ovation. 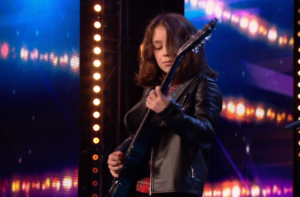 “You are so cool, you’re such a little dude, and you’re very skilled,” judge David Walliams gushed. “I think you’re going to be a huge star.”

Alesha Dixon called Joseph’s stage presence “fantastic,” while Amanda Holden added, “You are the complete package. That was a brilliant audition!”

As for Simon Cowell, he couldn’t help smiling as he said he loved Joseph’s personality as much as his performance. Then they gave him the big news: He was moving on to the next round! 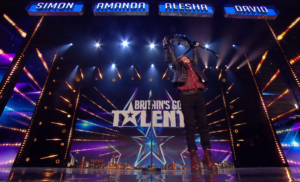 What a rising star! We wish Joseph the best of luck, but no matter what happens in the competition, it’s clear this kid has a bright future ahead of him.

Watch the electrifying performance in the video below, and share this story to amaze your friends.