It’s true: some humans do terrible things to our fellow man and the creatures we call family, but for every horrible act, a beaming light outshines it. Such is the case with the story of little Jordan.

When rescuers found him, he was a shell of a dog. Sitting desolately on the concrete basin of the Los Angeles River, Jordan was too weak to move. As they assesed the scene, volunteers realized that Jordan’s case required a special set of helping hands so rescue group L.A. on Cloud 9 called Hope For Paws for backup. 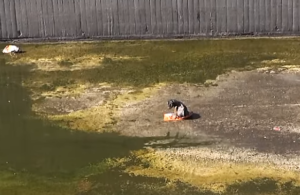 When the team arrived, his rescuers learned that a mentally ill man, frustrated by Jordan’s severe case of mange, had chopped off the poor dog’s leg. Thinking he was dead, the man then placed him in a bag and tossed it 30 feet down the embankment.

Jordan may have appeared dead, but he’s a fighter — and a survivor. 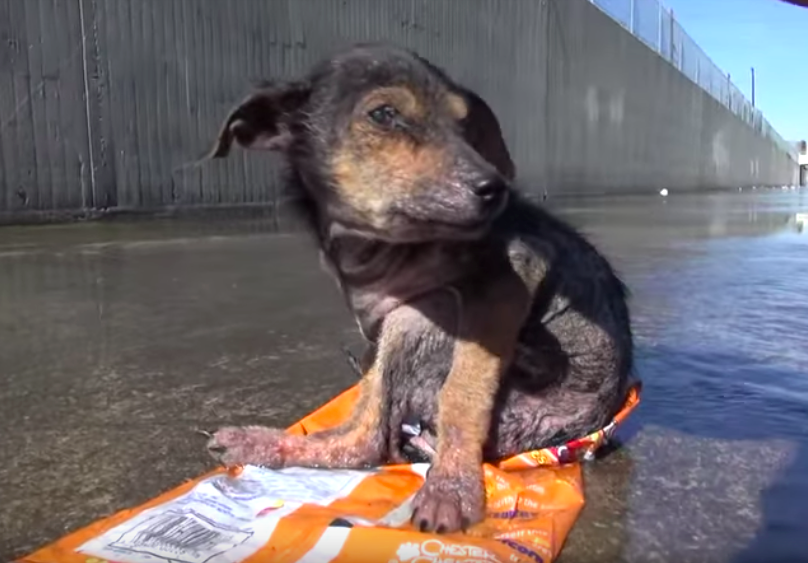 He hung in there for two days before volunteers spotted him and clambered down the bank to help.

They moved quickly, and Jordan was soon lifted out of the riverbed and on his way to an emergency vet. 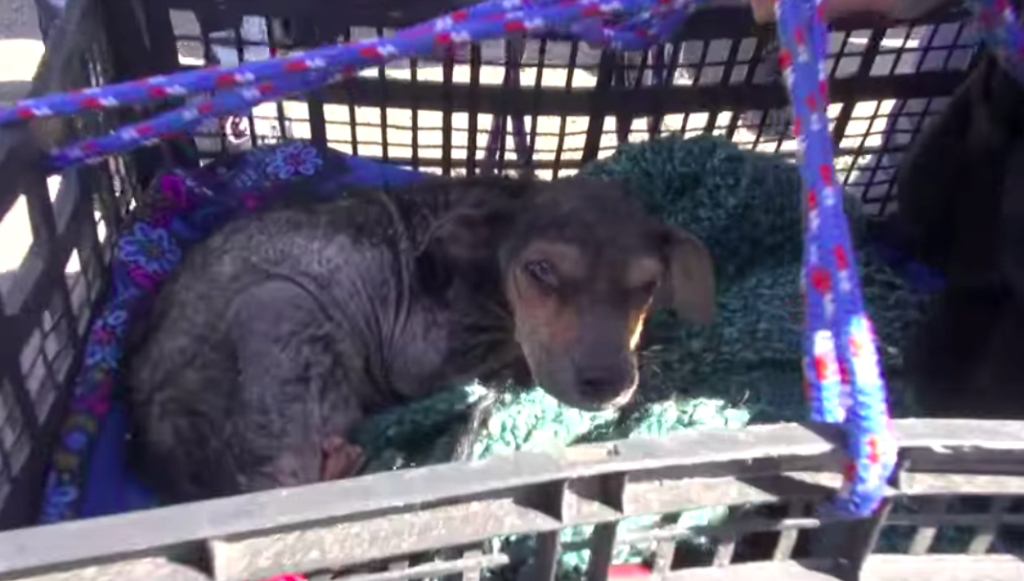 The veterinarian called it “a miracle” that he was even alive, but that was just the first of many surprises this brave little guy had in store for everybody. His condition was extremely precarious, but Jordan’s recovery seemed to start from the moment he came through the doors. He was finally in capable and loving hands. 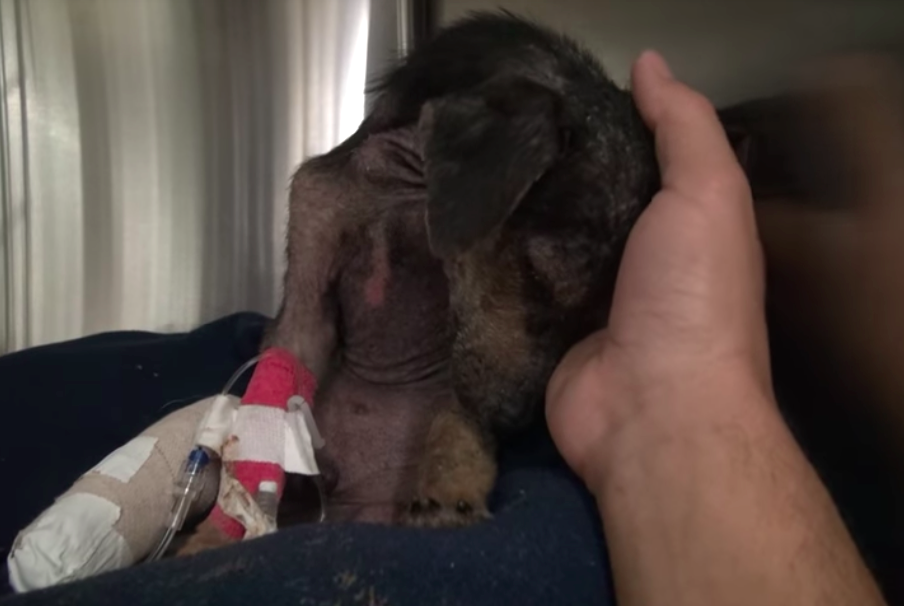 They gave him a few days to recover some of his strength, using that time to bathe him and start treatment for the mange and other infections. All that love and attention revived his spirit and strengthened his resolve, and young Jordan was soon strong enough to undergo a blood transfusion and surgery, followed by lots and lots of rest. 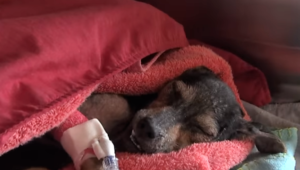 He had to regain his strength because just a few days later, he’d be heading off for his foster home! It must have felt like a dream, going from a dirty, concrete riverbed to having all his wounds cleaned and tended to, then, to top it off, recuperating in a safe and loving environment.

His foster mom, Lisa Chiarelli, made sure his every need was met and shuttled him to and from follow-up appointments, while his foster siblings, Lola and Frankie, made sure he felt welcomed and loved at home. 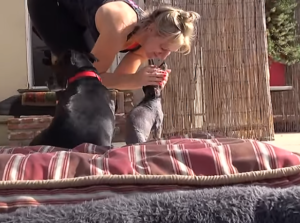 Everyone was pulling for him, and they stood by as he slowly recovered, encouraging him through a physical therapy program aimed at getting him back on his feet. So many people had his back and were watching out for him, it wasn’t long before Jordan’s feisty spirit emerged and he was goofing around, even winning tug-of-war games!

And urging his foster siblings to join him for a cool dip in the pool. 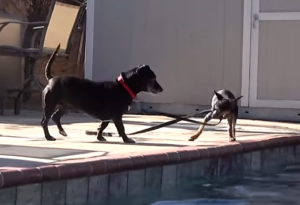 With so much spunk and courage, it’s not surprising Jordan the Wonder Dog went from foster care to a forever home! His family even maintains a Facebook page so people can follow his adventures — and can rest assured knowing he’ll live out the rest of his life surrounded by people (and four-legged siblings) who’ll always have his best interests at heart. 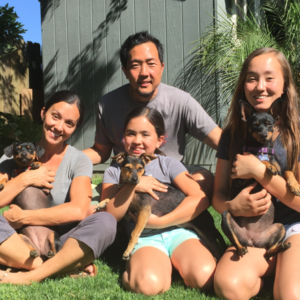 Jordan’s story proves that despite all the bad, there’s more than enough good to push back the darkness. 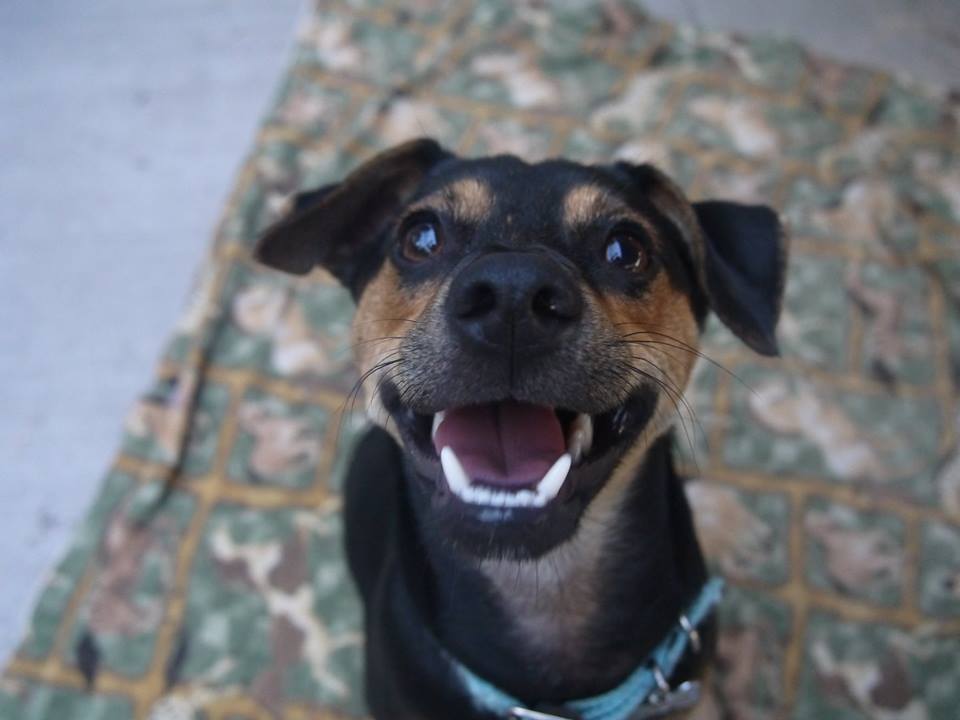 Watch the video below to hear more about Jordan’s story, and share to spread this happily ever after far and wide!