A year ago, John Reid of Dinwiddie, Virginia was forced to make a decision no parent should have to face.

After his 16-year-old son Dakota was killed in a car accident his family decided to donate his organs so that a little part of him would live on. Dakota’s final gift of life not only helped a blind man see but two other men also received organs that saved their lives. 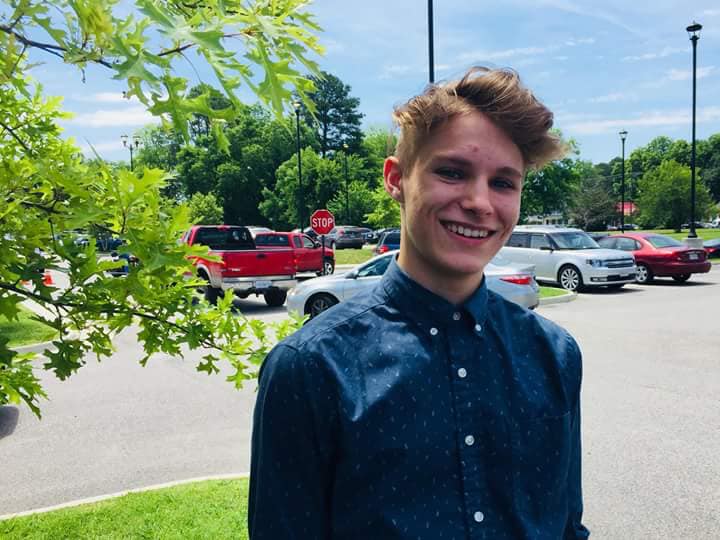 Two of the recipients of Dakota’s organs reached out to thank the family right away. Robert O’Connor, who received Dakota’s heart, made contact with John just recently after the 1-year check up on his new heart. While at the doctor’s office Robert made a recording of the EKG read-out, capturing the sound of Dakota’s heart beating away within his chest.

Robert then had the recorded heartbeat inserted inside a Build-A-Bear teddy bear, which he then mailed to John. John’s wife Stephanie recorded the emotional moment when John opened the gift and read the sweet note Robert had included.

“I would have preferred to give this to you in person, but not sure when that would happen,” John read. 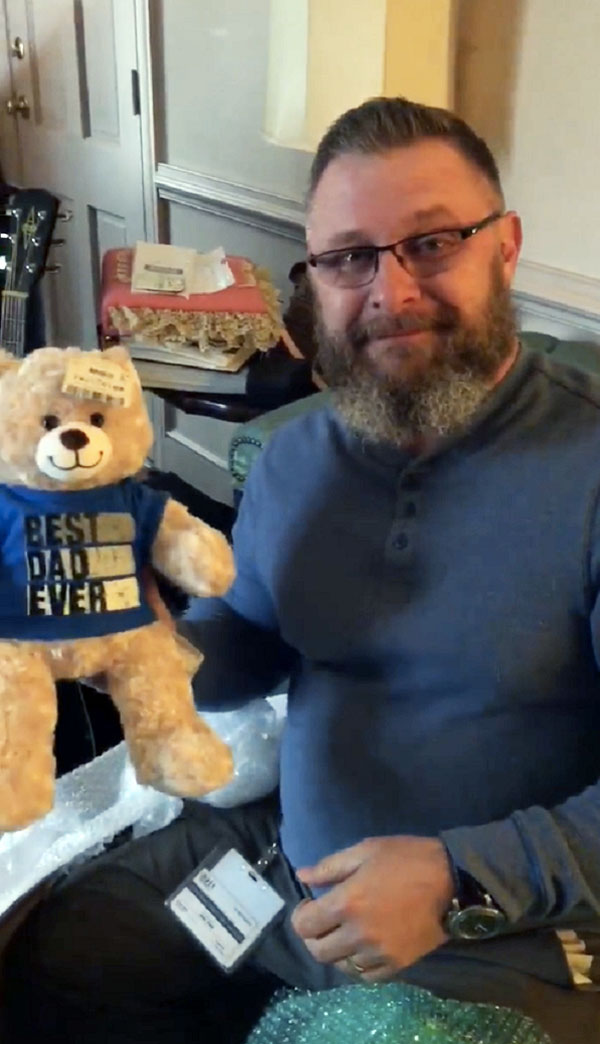 Inside the box was a bear wearing a t-shirt that said, “Best Dad Ever.” John was already tearing up just seeing the bear, recalling the hours he’d spent at his son’s hospital bedside, listening to his heartbeat.

“When I got the bear, my heart was filled with joy. I did not expect any of this,” said John. “I never left Dakota’s side. At night I would lay my head on his chest for hours at a time, every night, listening to his heartbeat. Now, thanks to Bob, I can [listen] to his heartbeat again!”

In the video, John holds the bear up to his ear as the sound of Dakota’s heartbeat fills the air. He was so overcome that he quickly gestured to Stephanie to cut the video. 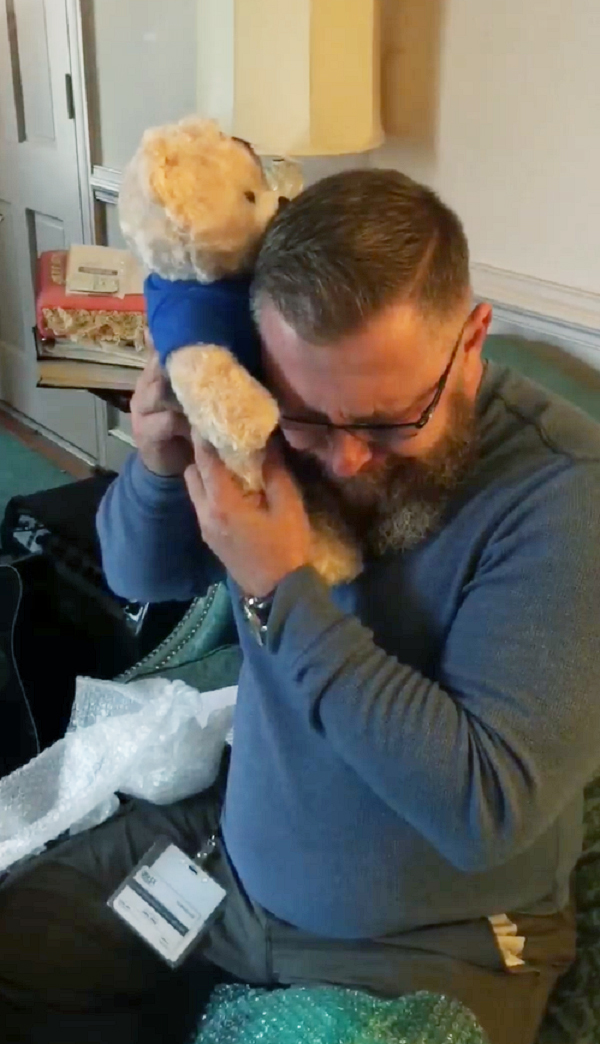 “To give the gift of life is to continue God’s plan for both the donor families and the recipient,” John said. “We want to share our stories to promote organ donations and show families how it really helps the donor families with healing and closer [sic] to know their love [sic] on lives on.”

John says just knowing that Dakota helped saved other people’s lives eases the pain of losing his son. He hopes to meet up with Robert as soon as possible, noting, “We are blood now! We are family!”

This is truly the most selfless act a grieving family can make. We’re so glad that this thoughtful gift brought peace and closure to John and his family.

Watch John’s emotional reaction to hearing his son’s heartbeat again in the video below, and be sure to share to encourage more people to become organ donors.