Many married couples treasure their first look for years to come, and Karli and Ty Buttice were lucky enough to have two!

The first took place right before they tied the knot in August 2019. The second came as a surprise when the bride handed her groom a special gift during their photo shoot in Delphi, Indiana, on the big day. 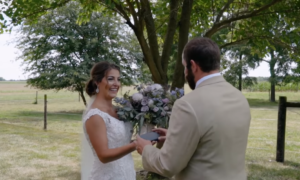 Inside the case Karli handed him was a pair of EnChroma glasses, which are made to help people see a full range of color. Since Ty is color-blind, that was an experience the two of them hadn’t been able to share — until that very moment!

In a video of the touching interaction, we see that Ty is shocked by Karli’s thoughtful gift. But he quickly recovers and tries them on. 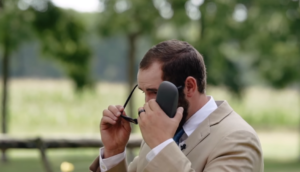 What follows is, without a doubt, one of the most magical experiences he’s ever had! In fact, as he’s trying to express what he’s feeling, he has to fight tears.

“I don’t know if you guys understand, but I didn’t know,” he says. “Is this what you guys see every day?” 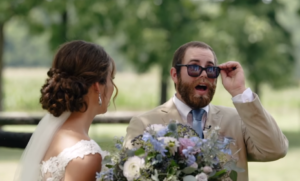 Claire and Camden Johnson, the husband and wife team that runs Sea Jay Films, said they were struggling to hold the camera steady while they watched the unforgettable scene unfold.

“This was one of the sweetest moments we have ever captured between a bride and groom,” they wrote. “This moment reminded us how easily we can take for granted something as simple as seeing colors properly.” 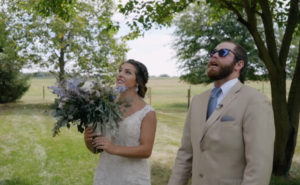 What a beautiful way to kick off a marriage! Congratulations, Karli and Ty. We’re so happy for you!

Watch Ty’s emotional first look into the world of color in the video below, and share this story to spread the joy!