It would be no exaggeration to say it’s a miracle John O’Brien is alive today.

If we know one thing about the 48-year-old from Cheshire, England, it’s that he’s tough. He has an incredibly strong will to not just survive, but push himself to achieve the seemingly impossible. After coming face to face with death, he’s doing much more than living — he’s thriving. 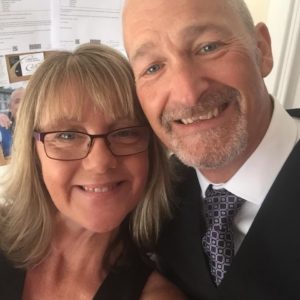 If you were to ask the construction worker’s wife, Sandra, and his daughter, Amy, to recall their scariest memory, they’d both name the day in October 2018 they almost lost John. He was out cruising on his motorcycle when a car traveling at 50 mph crashed into him. 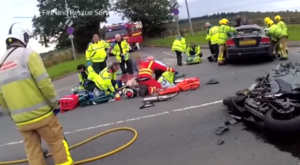 John suffered horrific injuries including a shattered pelvis, fractured skull, broken back and wrist. But it was the major cardiac arrest that nearly killed him — in fact, it did for a moment. On-scene medics had two choices: let John die or cut him open right there, treat his internal injuries, and massage his heart to get it beating again. Dr. Mark Forrest, medical lead at Cheshire Fire and Rescue, chose to perform open heart surgery, as documented by the harrowing footage below.

“This is rarely successful, but we did want to at least try,” Mark said. Incredibly enough, it worked. 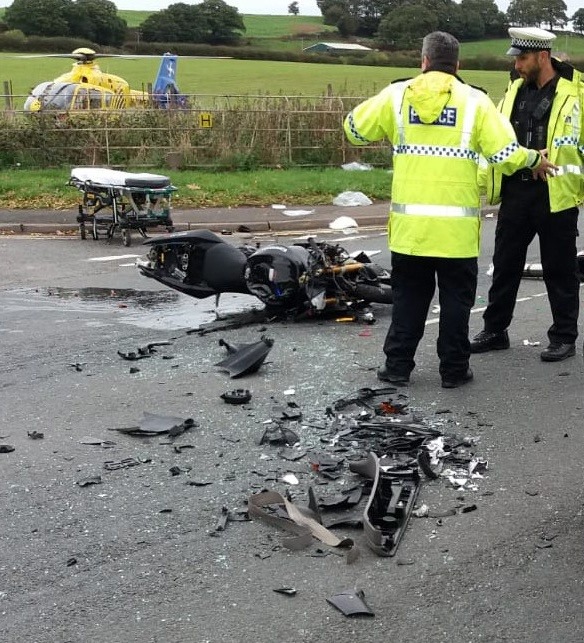 Defying all medical expectations, John came back to life. With his heart beating again and the bleeding controlled, he was flown to the hospital, where he underwent surgery and spent two weeks in an induced coma. Doctors later told him nobody had ever survived the trauma he did. John was, of course, beyond thankful, but had an important question: would he be able to walk in time for his daughter’s wedding? 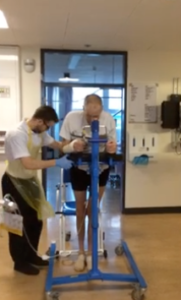 Unsurprisingly, doctors weren’t optimistic. After spending three months in the trauma ward, John was transferred to a rehabilitation center, where they said he’d need to stay for another four months. But the stubborn man was determined to walk his daughter down the aisle and put everything he had into his recovery. “I told them ‘not a chance’ and was out of there in four weeks,” John said. 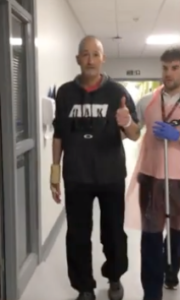 And on May 11, John made good on his promise to Amy. He walked the beautiful bride down the aisle all on his own without so much as a cane to lean on.

“It was fantastic and highly emotional,” Amy remembers. “He was determined to walk me down the aisle without his stick. He’s worked really hard to get to the point that he’s at now, it’s just been sheer determination and hard work.” 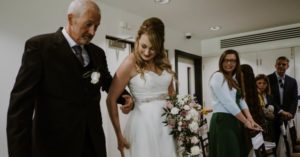 It would be hard to top such a joyous occasion, but meeting the man who saved your life comes pretty close. Almost two weeks after Amy’s wedding, John finally got to thank Mark in an emotional reunion at Northwich Fire Station. And of course, he didn’t forget to thank everyone else who responded to  the accident as well. 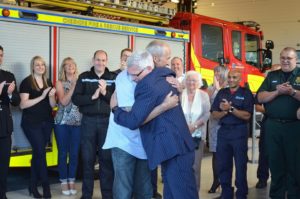 Mark got a hug from John and a commendation by Cheshire’s Chief Fire Officer Mark Cashin, though he credits John for his amazing recovery.

“John has undoubtedly played a big part in his own recuperation since [the crash], Mark said. “He has obviously worked really hard to get to the level of fitness he is right now. It will have been a tough road to recovery so his determination is commendable.” 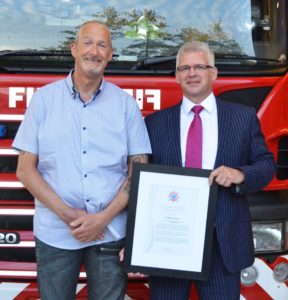 Feeling inspired by John’s story? Share to uplift others as well!