When hundreds of people put on a parade in your honor, you know you’re loved.

For 9-year-old Ethann Valdez, life has been a series of hurdles regarding his health. At 5 years old, the little boy from Corpus Christi, Texas, was diagnosed with geleophysic dysplasia, a rare form of dwarfism that comes with many bone, joint, heart, and skin abnormalities. 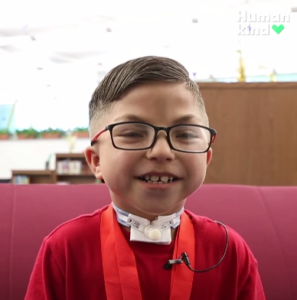 But despite Ethann’s physical differences and difficulty speaking, his classmates at Garcia Elementary School have always accepted him. They appreciate their friend exactly the way he is — and Ethann’s mom Brittney Hernandez couldn’t be more grateful.

“I was always worried that whenever he started school it would be difficult with bullying, but no all the kids here are really good with him,” Brittney said. “He’s famous here. He likes walking down the hall and saying hi to everyone.” 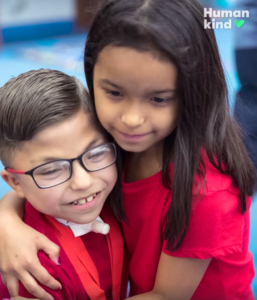 This year, Ethann is facing one of his scariest hurdles yet: open heart surgery. Doctors plan to replace a valve to his main aorta, and Ethann may need to get a pacemaker as well. Understandably, both Ethann and his family are very nervous about the operation. Brittney says they’re all doing their best to stay strong, but they need all the support they can get right now. That’s where everyone at Ethann’s school came in. 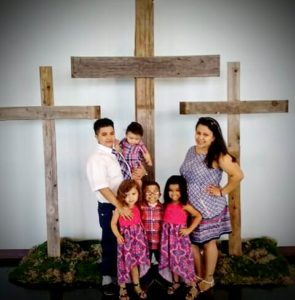 Ethann will be out of school for the rest of the year following his surgery. But before he left, school staff wanted to send the third grader off with positive vibes. They planned a huge parade to which more than 600 students, teachers, and other supporters showed up, including a cheerleading squad and police officers driving in their cruisers! 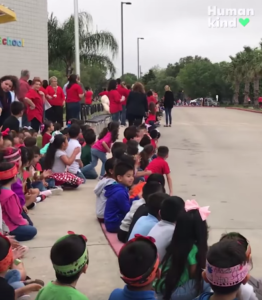 Kids cheered for their classmate as they held up handmade posters with messages of love including, “We love Ethann,” and “Be Strong.” 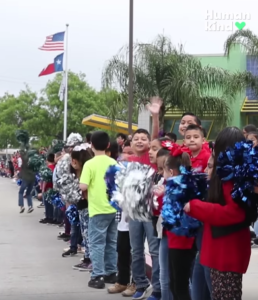 Ethann must have felt like royalty as he rode through the crowd on a golf cart, waving to all his adoring fans. If he didn’t know he was loved before, he sure does now! 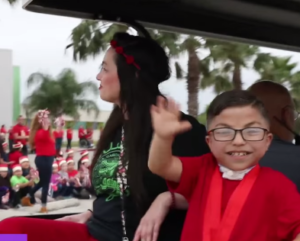 After the festivities ended, Ethann was showered with gifts. He even received a Kindle Fire, which he’s sure to use a ton during his recovery. The grin plastered to his face spoke volumes.

“We know that he is strong,” Superintendent Roland Hernandez said. “He’s going to have every one of us on this entire campus and this entire school district’s prayers with him at all times. We love you Ethann and we’re here for you always.” 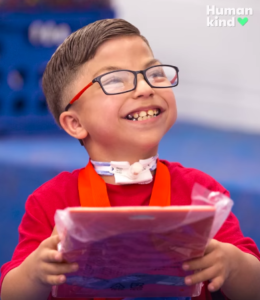 With the support and love of so many people, Ethann is feeling a little better about his surgery. Now he says he’s excited “to be more healthy and have more energy.” We wish you the best of luck, buddy!

Watch as Ethann’s classmates cheer him on in the video below, and share to show your support for the brave little boy.

Not many people can say they had a parade thrown just for them! 🎉 🎉 🎉