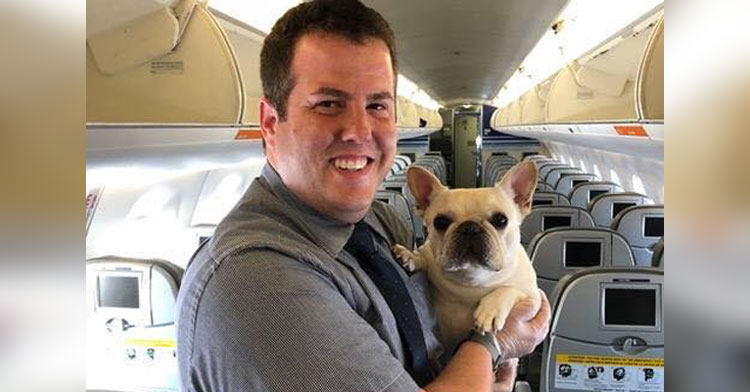 Flight attendants make it their business to care for all passengers aboard their aircraft, and that includes those with four legs.

Michele and Steven Burt of Westminster, Massachusetts, were flying from Orlando to Worcester with their three dogs when they noticed that one was in distress. Darcy, a 3-year-old French bulldog, started leaning her head against the mesh of her carrier, panting heavily. Michele opened the carrier slightly but was alarmed to see that Darcy’s tongue had turned blue.

Knowing this was a sure sign of oxygen deprivation in dogs, the Burts quickly pulled the pup out of her carrier and held her on their lap. The hope was to lower her body temperature and soothe the agitated animal. 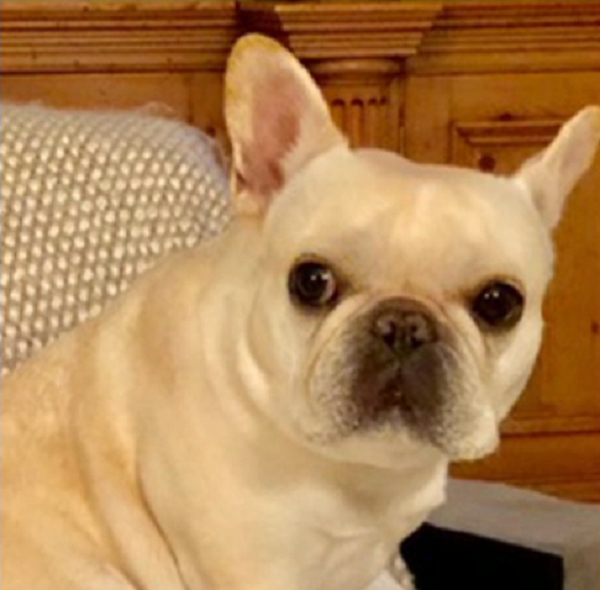 Short-nosed dogs like Frenchies are more vulnerable to changes in air quality, temperature, and pressure. Coincidentally, Renaud happens to own a French bulldog himself, so he is well aware of the breed’s tendency to have breathing problems. 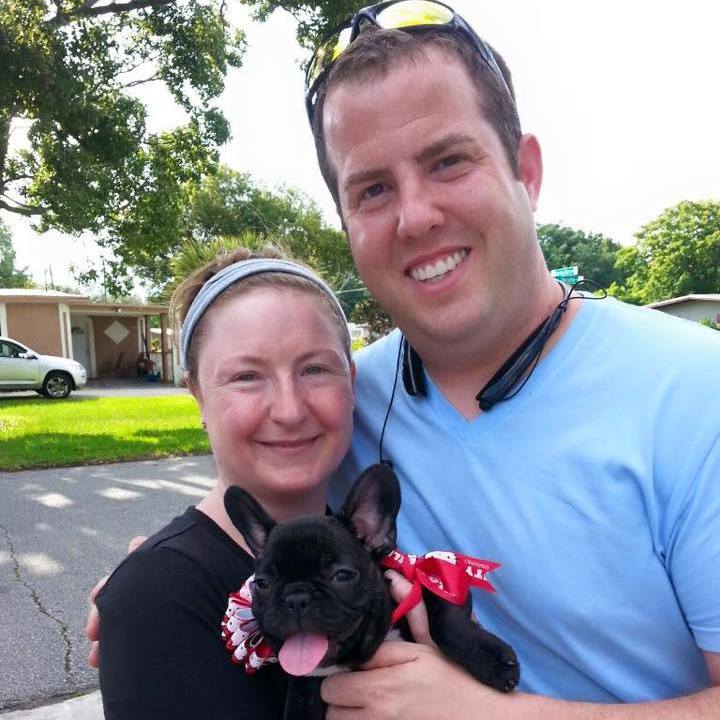 Renaud and Diane tried using bags of ice to cool Darcy down, but when that failed Renaud spoke to the pilot and requested the use of supplemental oxygen. At this point, the dog was struggling to breathe, and the Burts were convinced that she was not going to make it unless someone intervened.

Thankfully, that’s when Renaud appeared with the oxygen mask. Within seconds, Darcy had perked up and began breathing normally.

“I placed the mask over her face, and within a few minutes she became alert and after a short time she didn’t want the mask,” Michelle explained. 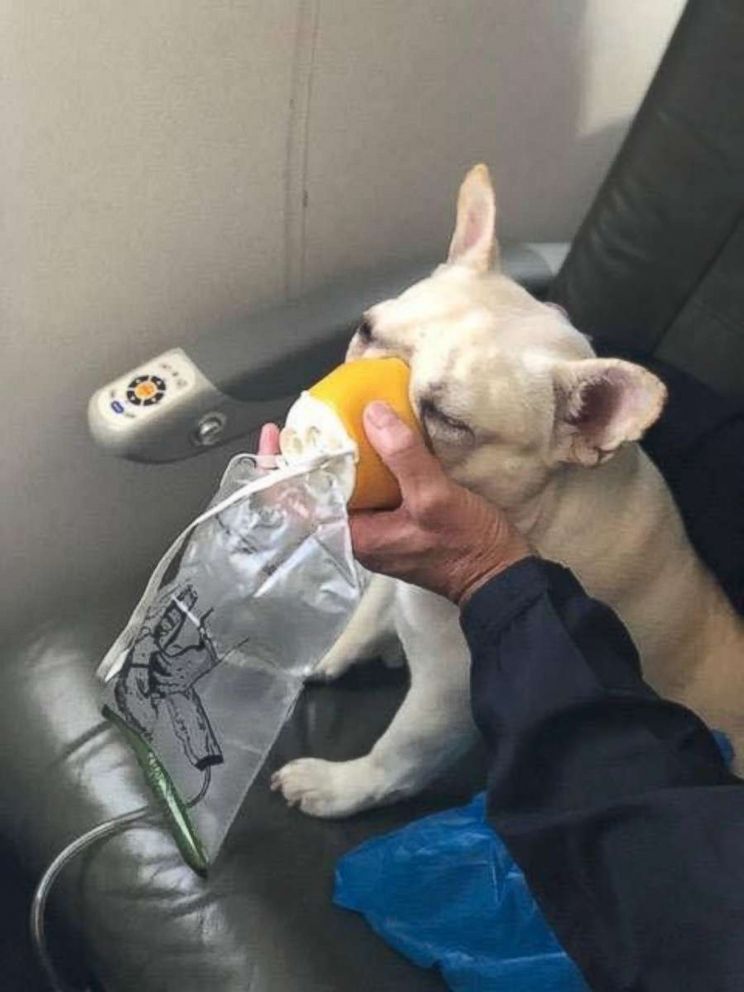 Michelle continued to heap praise on the JetBlue crew for taking the situation so seriously, and for stepping in to help their four-legged passenger with just as much urgency as they would have given to a human passenger. “I believe Renaud and Diane saved a life, some may reduce the value of the life because Darcy is a canine. I do not.”

When the plane landed safely in Worcester, Darcy was back to her normal, playful self. The Burts are beyond grateful for the care they received in the air, taking to Facebook to gush about the level of service, and humanity, that they witnessed at 30,000 feet. 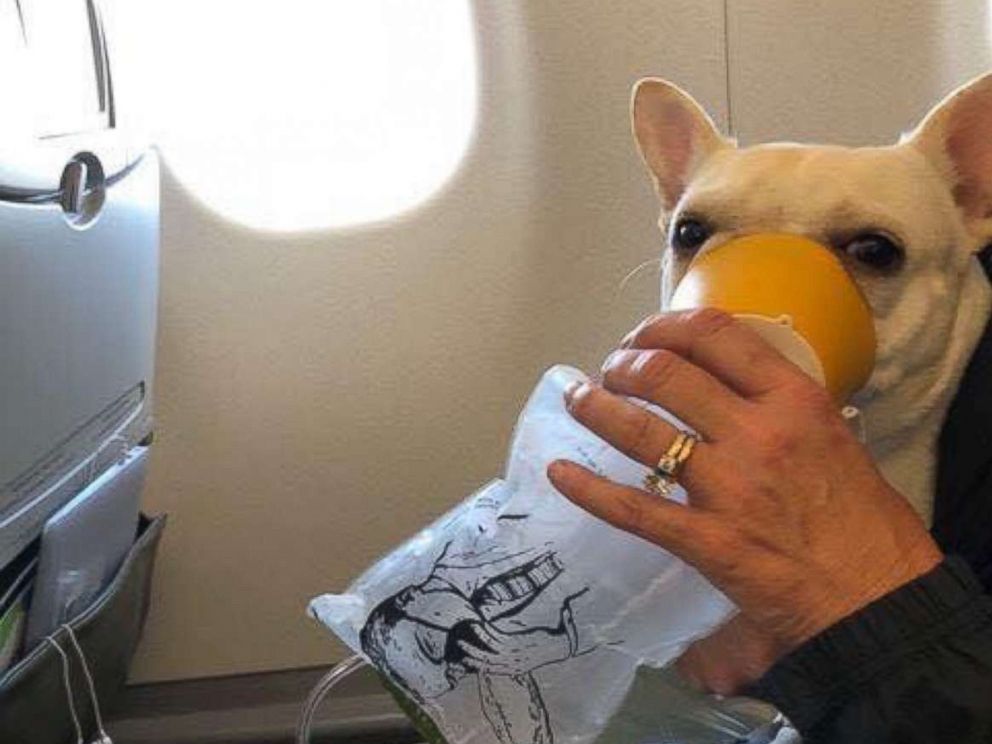 “We all are affected by cabin pressure and oxygen fluctuations, human, canine and feline, etc., but the fact that the Attendants were responsive and attentive to the situation may have saved Darcy’s life,” Michele wrote.

JetBlue management expressed how proud they are of their quick-thinking crew members, releasing this statement:

We all want to make sure everyone has a safe and comfortable fight, including those with four legs. We’re thankful for our crew’s quick thinking and glad everyone involved was breathing easier when the plane landed in Worcester. 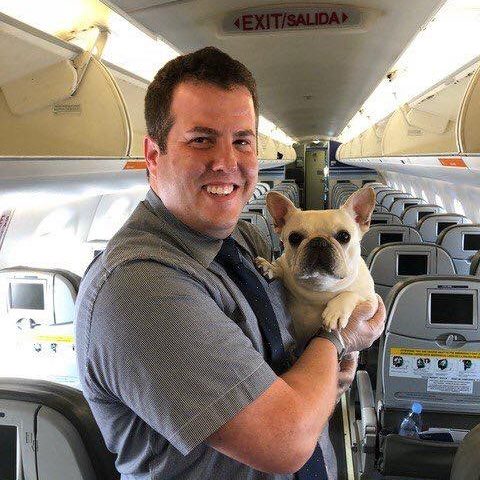 Michele and Steven are thrilled to let everyone know that Darcy has totally recovered from her mid-air scare. “She’s home, happy and chasing squirrels,” Michele said. “She’s doing great.”

Nice job, Renaud and Diane! It’s comforting to know that there are helpers like you in the air! Please share this story to say thank you to the JetBlue crew for saving little Darcy’s life.