Making a positive impact starts with one small change.

It’s an important lesson the students of Cappabue National School in Cork, Ireland, want the world to know. These children are on a mission to help the climate improve, and they’re doing it in the form of a catchy song! 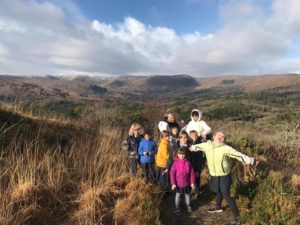 The kids saw the severity of pollution last year when their school participated in an environmental competition. Part of the event included picking up litter at their local beaches, and they had no idea they’d find so much garbage. It was a wake-up call.

With the trash they gathered, they created a powerful 3D art piece of a whale called “Moby’s Sick.” It won them the competition, and they were only getting started.

“This awareness-raising project led us all to question our lifestyle choices,” Principal Norma Healy said. “Prompted by the children’s own suggestions, we started introducing small, environmentally-friendly changes into the daily school routine.” 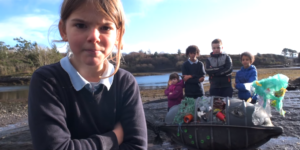 They started trading in single-use plastic bottles and disposable containers for stainless steel and biodegradable cups. And because their focus is filmmaking, they made climate change this year’s project theme.

Just as before, their students blew them away! With the help of music producer Garry McCarthy, they wrote and recorded a song called “One Small Change,” which talks about what we can do to save our planet. 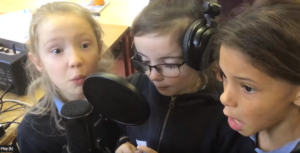 Then they brought their lyrics to life in a music video that is as moving as it is cute. Shot at stunning places like Gougane Barra, Glengarriff Nature Reserve, and Snave Beach, the video features an incredible rap about making a difference.

“Just one small change in the little things we do / We’ll show you how, and now it’s up to you.” 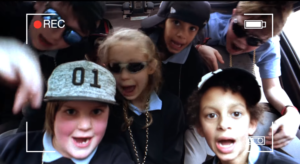 In the song, the kids call attention to small practices like hand-washing dishes, turning off the water while brushing teeth, and riding a bike or carpooling when it comes to transportation. These things are crucial, they insist, because, “It’s our future / It’s our earth / We need to protect it for what it’s worth.” 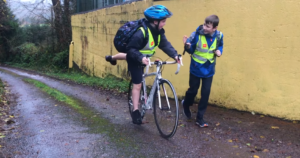 What a creative way to raise awareness! It’s so encouraging to see our leaders of tomorrow already stepping up to make the world a better place. They may call it “One Small Change,” but their song is sure to make big waves!

Listen to the powerful lyrics in the video below, and share this story to spread their message.