In late October, Officer Antwan Toney lost his life while protecting his fellow citizens. According to the sheriff’s department, citizens lined the streets for “miles” to pay their respects after his memorial service. 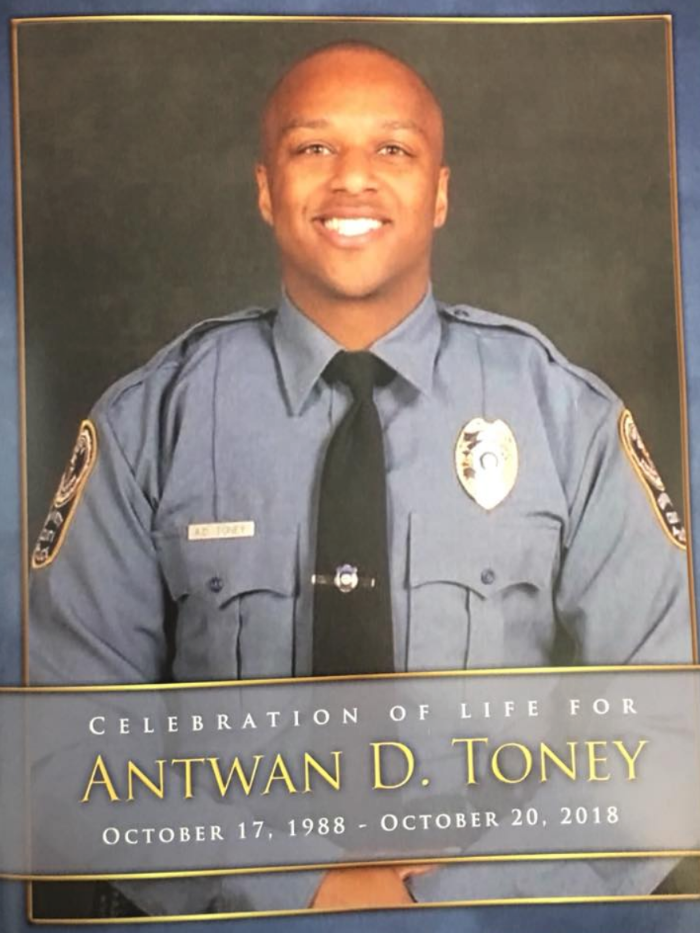 Gwinnett County citizens showed up in a big way for their fallen hero, and the sheriff’s office said there have been “countless kind gestures from school rooms to ball fields expressing deep appreciation and respect” for Officer Toney.

Still, of all the wonderful gestures, a letter that was written by 20 inmates at the county’s jail really stood out. Yes, you read that right. In a powerful Facebook post, the police department shared the moving, handwritten note saying that:

Sheriff Butch Conway received a heartfelt letter from the most unlikely group of citizens expressing their sorrow at our loss and their support of law enforcement. The return address on the envelope is our own because the letter was sent by a group of inmates currently housed in our jail. 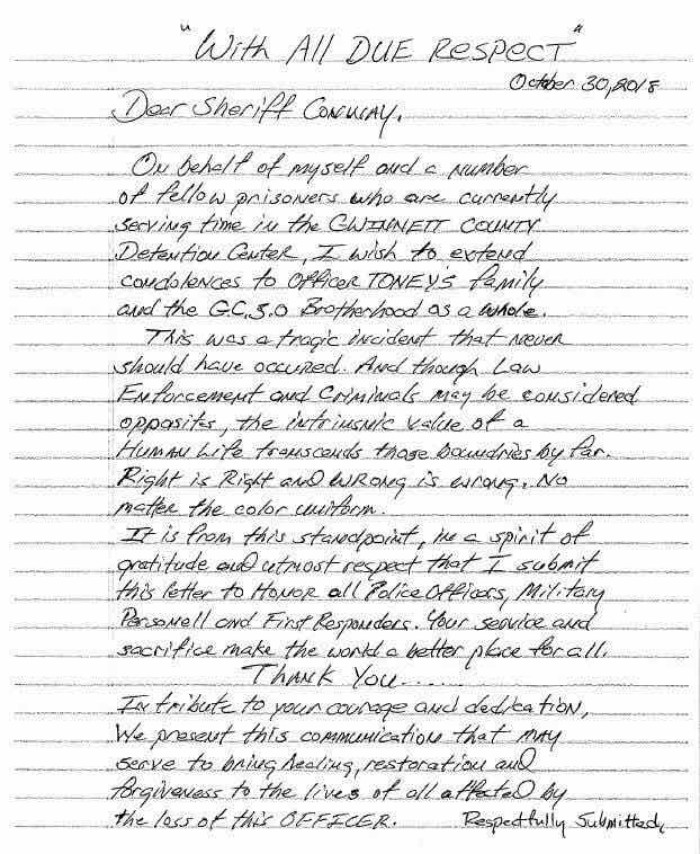 On behalf of myself and a number of fellow prisoners who are currently serving time in the Gwinnett County Detention Center, I wish to extend condolences to Offier Toney’s family and the G.C.S.O Brotherhood as a whole.

This was a tragic accident that never should have occurred. And though law enforcement and criminals may be considered opposites, the intrinsic value of a human life transcends those boundaries by far. Right is right and wrong is wrong. No matter the color uniform.

It is from this standpoint, in a spirit of gratitude and utmost respect that I submit this letter to honor all police officers, military personnel, and first responders. Your service and sacrifice make the world a better place for all. 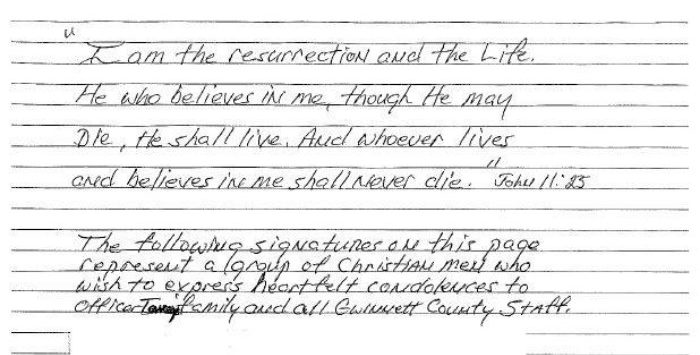 The letter closes by saying “we present this communication that may serve to bring healing, restoration, and forgiveness to the lives of all affected by the loss of this officer” and is signed by 20 men who “wish to express heartfelt condolences.”

While nothing can completely heal the brokenness of losing a loved one, this small, but powerful gesture from these inmates surely helps ease the pain.

Feeling inspired? Spread the love and share this story with your friends!