The California wildfires have caused mass destruction, burning 130,000 acres of land, burning more than 8,000 structures (7,600 of which are homes), and requiring wide-spread evacuations.

Paradise, California resident Wayne Williamson is one of many affected by the disaster. His previous employer’s building was destroyed by the fire, so he was forced to hitchhike to a job interview. He never expected to receive so much compassion from the kind stranger who gave him a ride. 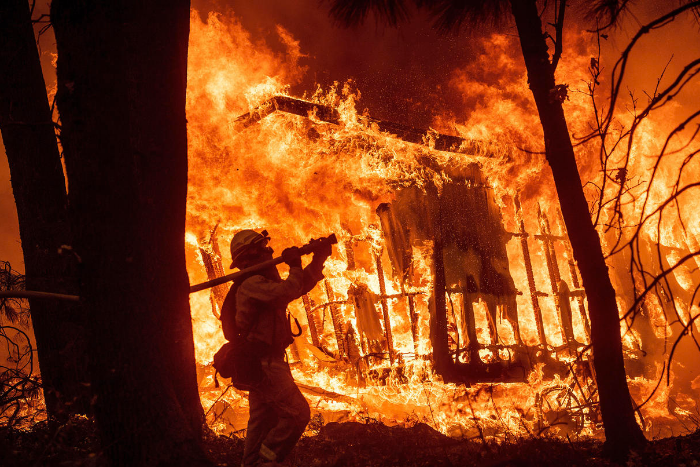 On his Facebook page, Wayne shared the story of a man, Greg, who offered him a ride as he hitchhiked from Yuba City to Chico for a job interview. According to Wayne, he and the stranger began talking and found out that they were neighbors in Paradise, where they had been evacuated from.

Greg drove Wayne all the way to his interview and even bought him lunch. After their meal, Greg asked Wayne for his phone number so they could keep in touch. Wayne explained he “lost [his] phone during the evacuation” and hadn’t purchased a replacement. At that point, Greg insisted on buying Wayne a new phone. 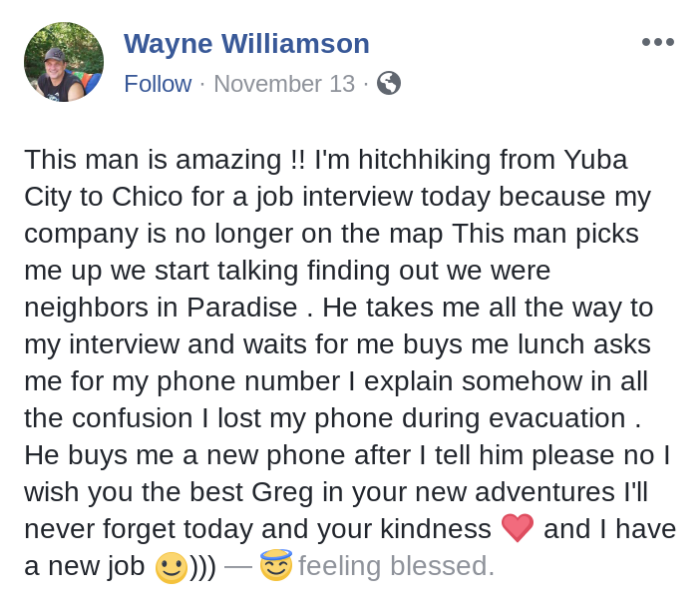 Wayne ended up getting the job he interviewed for, but he was most thankful for Greg and the kindness he showed him during such a difficult time. 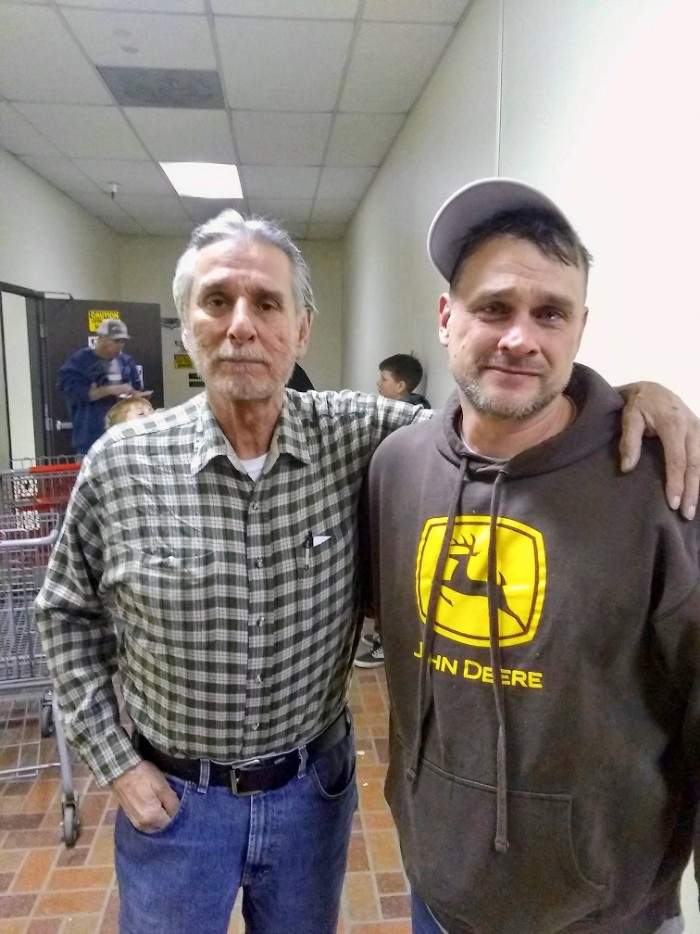 The heartwarming story has been spread across the internet, with hundreds of people applauding Greg for his good deed. Many have shared their own stories of kindness during this evacuation and one thing is for sure – despite the disaster, love is being spread to and from the people most impacted.

If you were inspired by Greg’s act of kindness, spread the love and share this story with your friends.