Just when we think we’ve heard everything a story comes along and reminds us that the world is a truly incredible place.

Norwegian nursing student Ina Maniska and her friend Isa Opdahl Larsson were spending a day sightseeing in a quaint fishing community called Hammerfest when they had an experience that’s both shocking and awe-inspiring. Thankfully, Isa happened to be videotaping the moment on her cell phone so now the whole world gets to enjoy the experience, too. 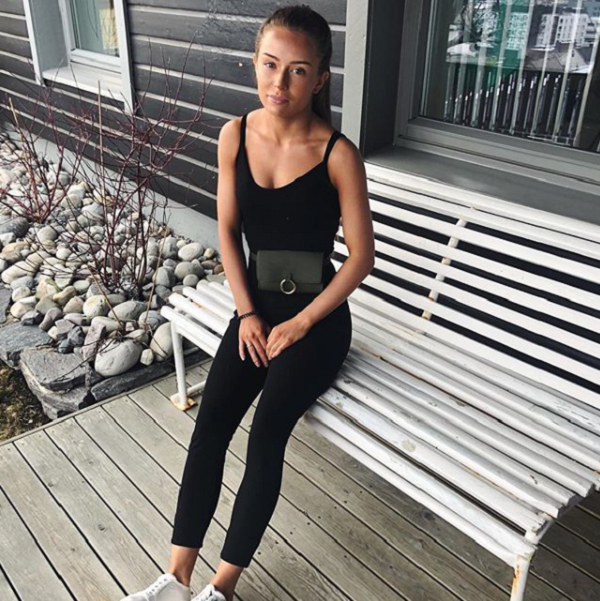 The two twentysomething ladies were walking by the docks when they decided to visit a new resident to the town. Hvaldimir is a white Beluga whale that appeared in Hammerfest with mysterious harnesses fluttering around him, indicating that he had escaped from captivity from a nearby animal training facility. Experts now believe that the whale escaped from a Russian naval training station in Murmansk, where whales are rumored to be trained to carry weapons, cameras, and perform other special operations. 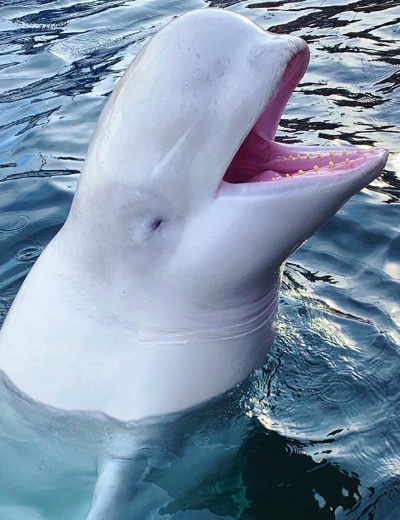 The Norwegian public have been fascinated by the whale since his discovery, collectively naming him using a polling system: “Hvaldimir, or ‘Hval’ (pronounced “vall”) is the Norwegian word for whale, and the name is also a play on the name of Russian president Vladimir Putin.” 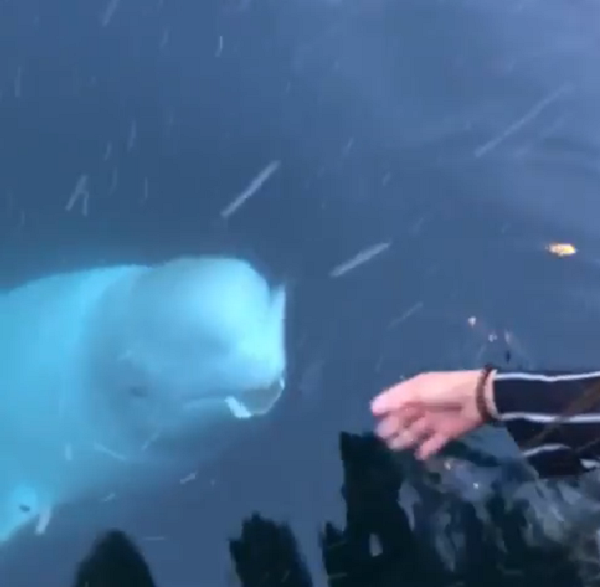 It seems that Hval was eager to show off one of the tricks he learned in captivity the day Isa and Ina stopped by. As the two women admired him in the depths off the dock, Ina leaned over to admire the whale and accidentally dropped her pricey iPhone into the water.

“We went down on a floating dock,” Ina later explained. “It is so popular that it comes only if you splash with your hand in the water. It’s pretty big! I bent forward to pat it when it went ‘plop.’ I had the cellphone in my jacket pocket, and so it fell out.”

Ina’s phone cost NOK 9,000, or about $1,000 U.S. dollars. As a student, the thought of replacing such an expensive item struck fear in her heart, but thankfully Hval was ready and waiting to save the day! As Isa took video of the deep blue water we see the whale’s friendly white face slowly swimming toward the surface. On closer inspection, you can see that there’s something in Hval’s mouth… 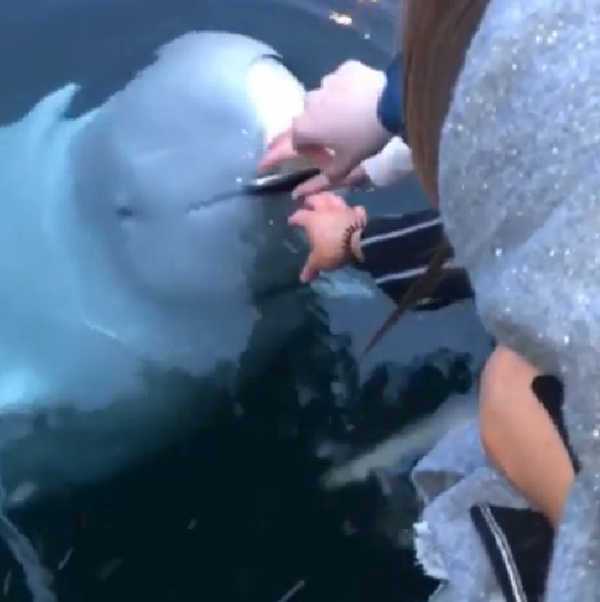 When the women realized that it was Ina’s phone in the whale’s mouth they feared the worst — that he wanted to eat it! But as soon as his head broke through the surface of the water their fears were put to rest. The whale held the phone towards Ina’s outstretched hand and allowed her to gently remove it from his teeth.

How incredible is that!? After the retrieval Hval even stuck around to grin at the thrilled ladies, most likely hoping for some fish as a reward. 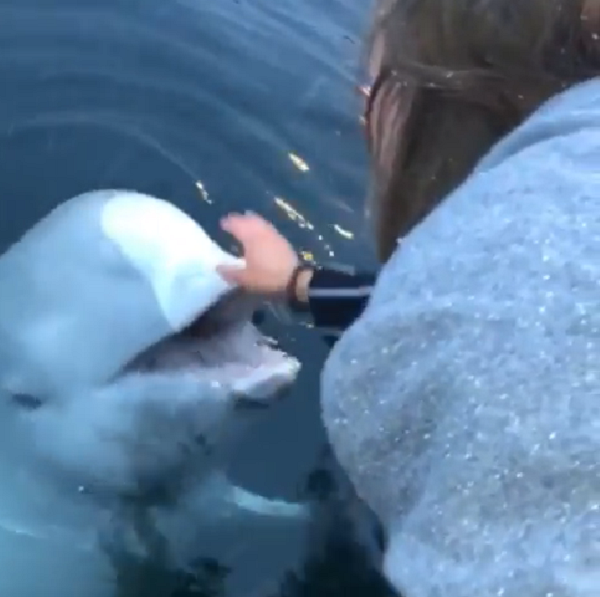 After Hval saved Ina’s day Isa put her video on Instagram and it instantly went viral around the world. It has racked up nearly 100,000 views in just 48 hours online, and the video’s popularity shows no signs of slowing down. It’s simply incredible that a wild animal would do such a thing, even one that was presumably trained to “fetch” like Hval. We’re so glad Isa shared this amazing moment with us!

Watch the magnificent moment when Hval the Beluga whale saved Ina’s phone in the video below, and don’t forget to share.