Elephants use their trunks for everything from breathing and smelling to reaching high branches for tasty vegetation.

But just as it takes human infants some time to figure out what to do with their arms and legs, baby elephants aren’t entirely sure what to do with the massive appendages attached to their faces. In fact, some don’t get the hang of things until they’re nine months old.

One of their trunks’ most important functions, especially for the herds that roam the Namib Desert in southern Africa, is to siphon up water. These desert elephants, one of the most endangered populations in the world, are one of only two elephant species that live in the desert, with the other living in Mali, North Africa. 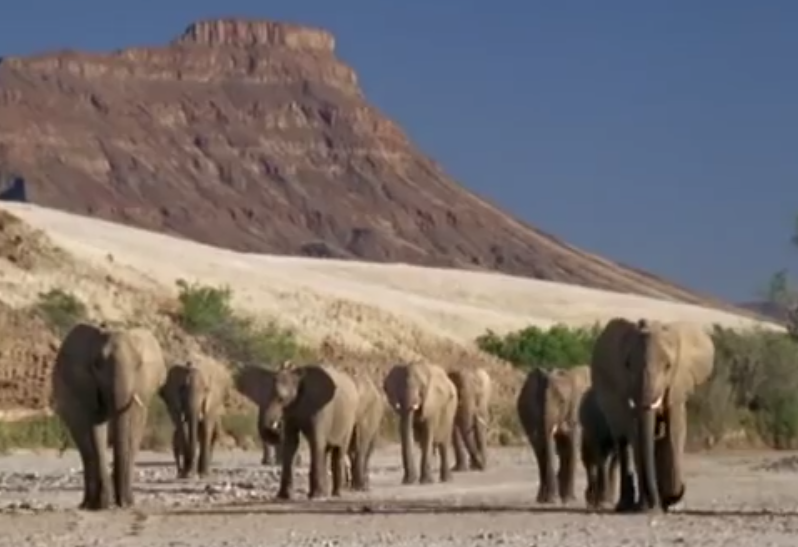 Adults can go for several days without a drop of water, but when they do find a watering hole, they take full advantage, sucking up as much as four gallons at a time. 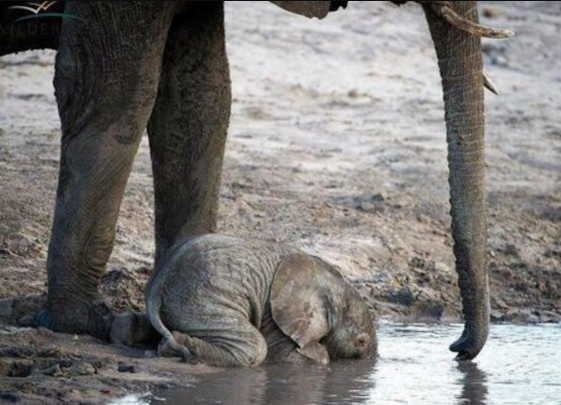 But since elephants aren’t born knowing how to use their trunks, calves are relegated to kneeling (in an absolutely adorable fashion!) and gulping down large mouthfuls of water with just their mouths. 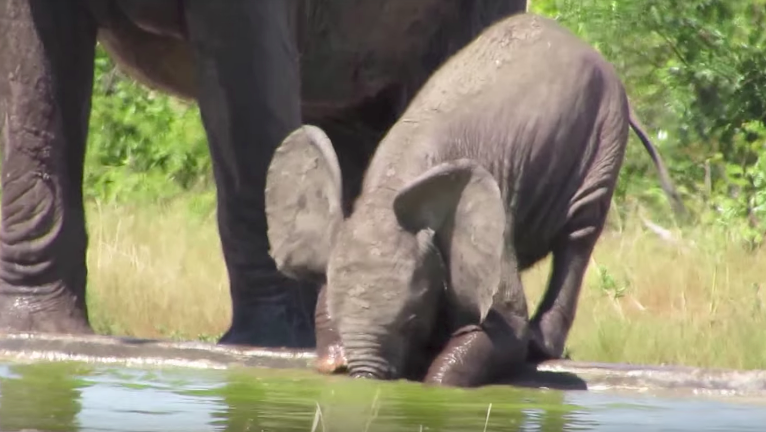 Watch as the baby in the video below tries to do what his parents are doing, but endearingly gives in and kneels down. Don’t forget to share to warm hearts!

If you’d like to learn more about the elephants that live in the desert or help them, click here.