Thanks to a dedicated group of volunteers, a horse and Shetland pony are now receiving the love and care they’d been denied for at least the last decade while locked away in a shed in Belgium.

The equines were hidden away on the owner’s property in Wallonia, in the southern part of the country. By the time the owner turned them over to authorities, both animals were on the verge of death from starvation, and the pony’s hooves resembled the horns of a bighorn sheep. 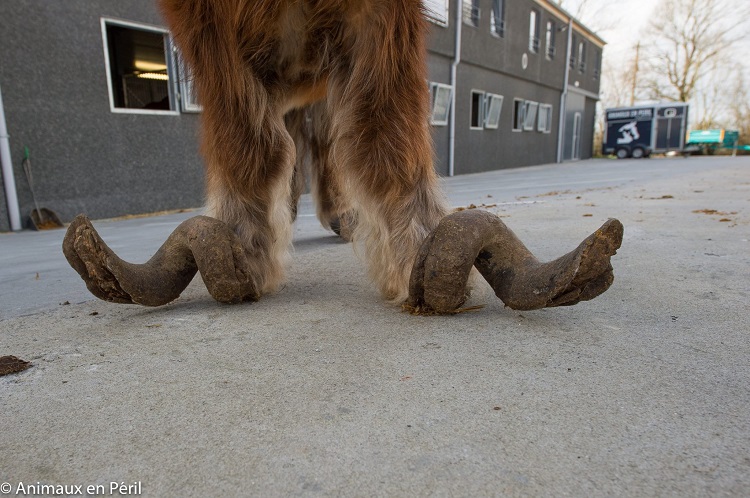 The pony, Poly, and horse, Everest, were taken in by one of the country’s few sanctuaries that provide a safe haven for equines and farm animals, Animaux en Péril. 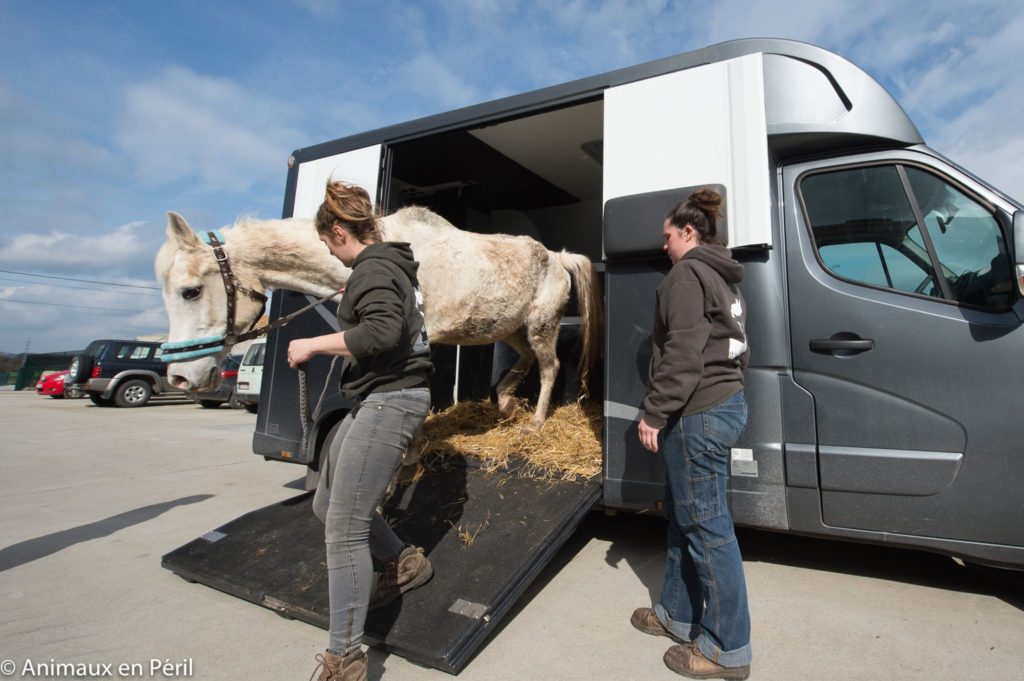 In its 24 years of operation, the sanctuary had never taken in an equine whose hooves were so long. 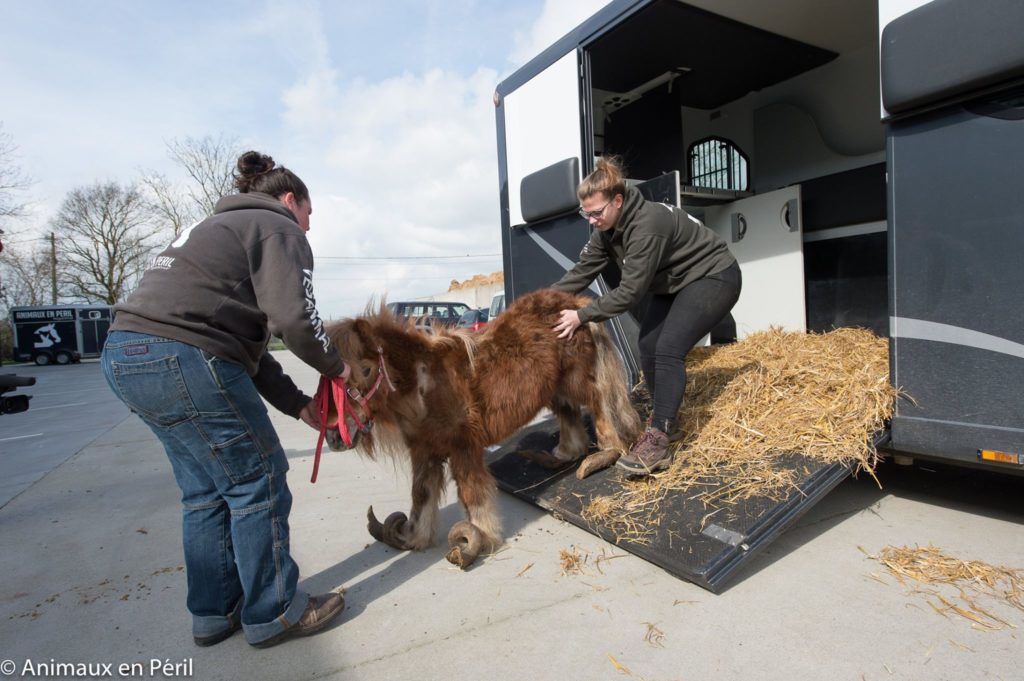 A blacksmith had to be brought it to cut them down to the appropriate length, which was a painstakingly laborious process.

“That was the first day Poly’s ever had good care and people who really, really loved them already,” said the group’s vice president. 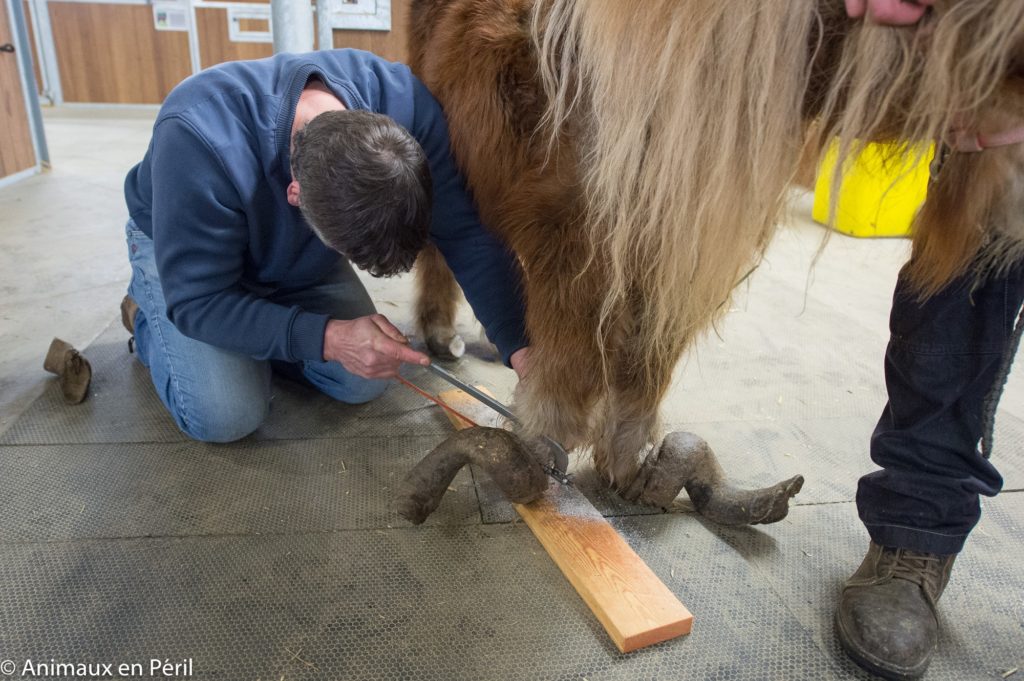 While they did manage to shear them down, Poly’s joints likely suffered permanent damage, and it’s not clear whether she’ll ever be able to walk normally again. Still, she and the Everest are in better hands now than they’ve ever been in their lives. The volunteers not only tended to their

The volunteers not only tended to their hooves but shampooed and sheared their coats, ridding them of lice and other infestations. 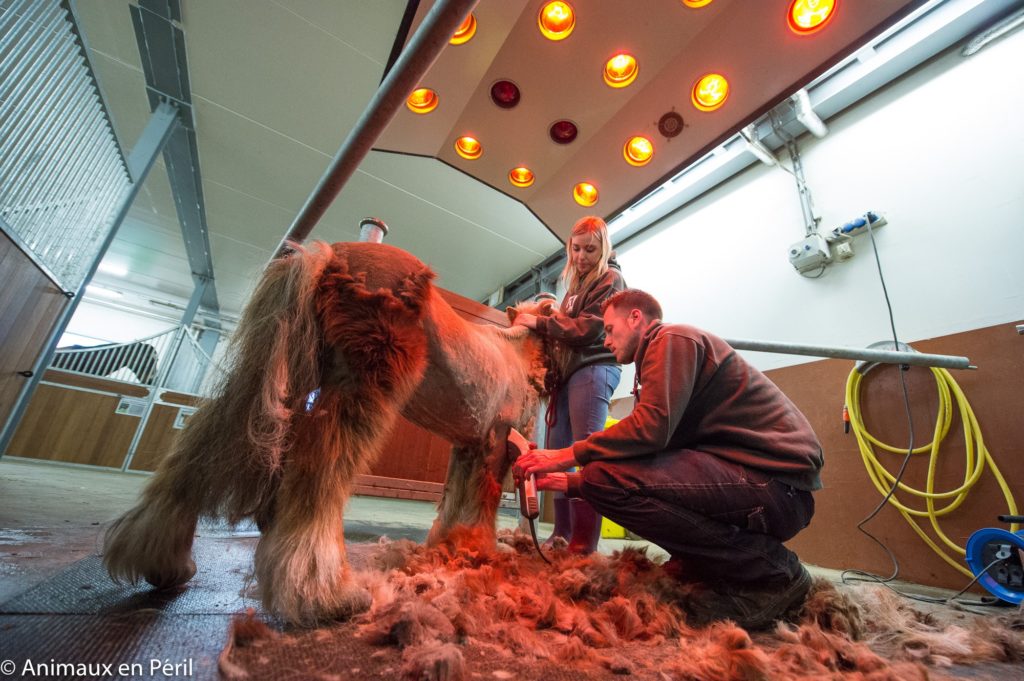 Within days of arriving at the sanctuary, they were obviously much happier and healthier … and safe in the knowledge they’ll never be mistreated again. 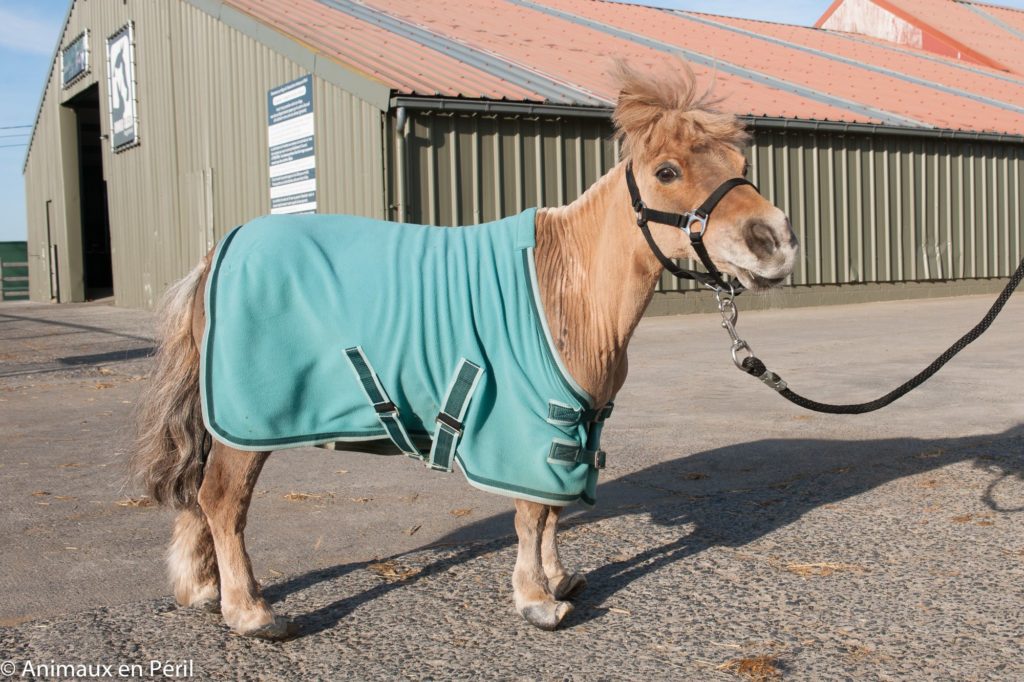 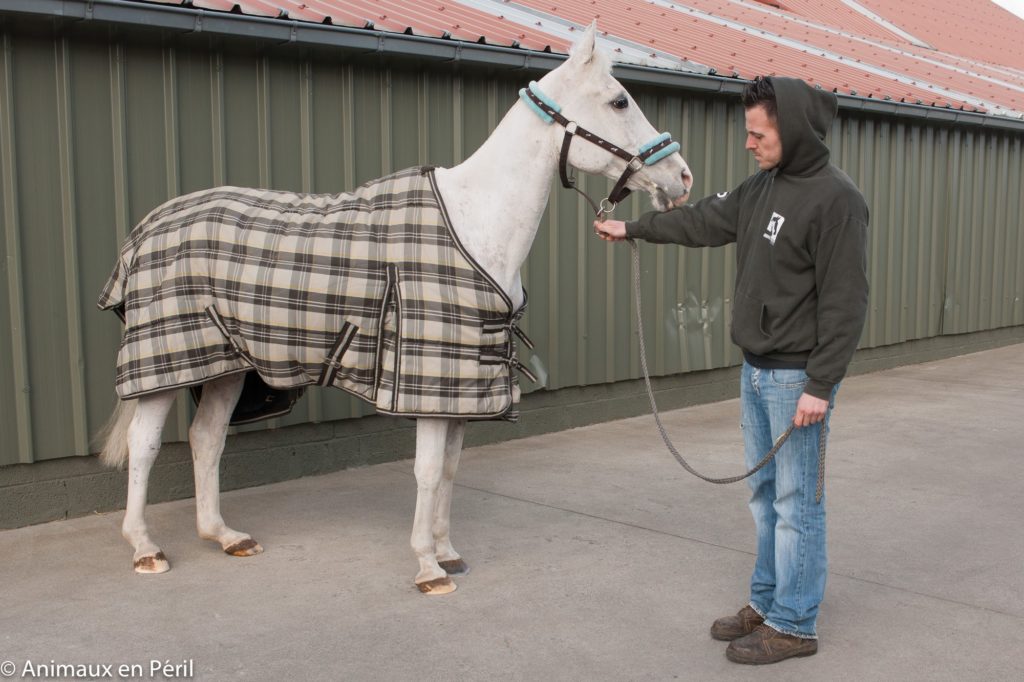 After a decade of abuse and neglect, it’s great to know that Poly now gets to spend her days grazing in a pasture under bright blue skies instead of wondering when or if she’ll get another meal. 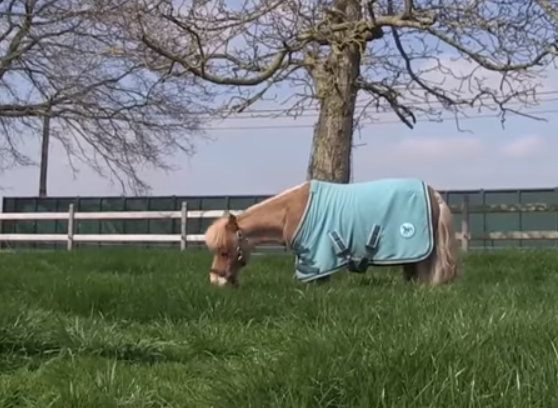 Watch the video below to see this sweet pony enjoying her new lease on life, and share.