As prom season approaches, teens everywhere are coming up with cute ways to ask that all-important question: “Will you go to prom with me?”

Junior Jake Schwartz of Glastonbury, Connecticut, is no different. When it came time to ask Paige Drury, his girlfriend since 9th grade, he immediately began thinking of “promposal” ideas that would melt her heart. Since Paige is blind, he decided to spell out his question using braille. 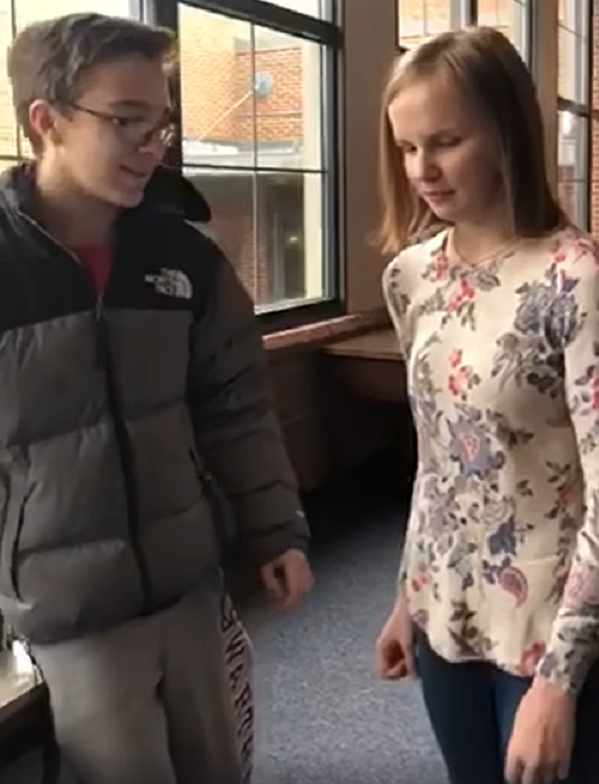 Jake decided to spell out the word “prom” in a very sweet way; by using Hershey’s Kisses! “It felt like the cutest thing to do,” Jake said. “I’ve seen very cute promposals from upperclassmen at my school, and not to be outdone, I wanted to do something similar. I decided to write a message in braille because I felt it would be more personal.”

Jake chose a day when the high school was closed but he and Paige were scheduled to rehearse for a play they’re doing. “We met at the school entrance and walked in together, and then went into the lobby of the auditorium to exchange gifts,” he said. Jake’s sister was recording the moment when Jake told Paige he had a Valentine’s Day surprise for her. Paige began to read the message on the paper, and as soon as she got to the “m” she figured it out! 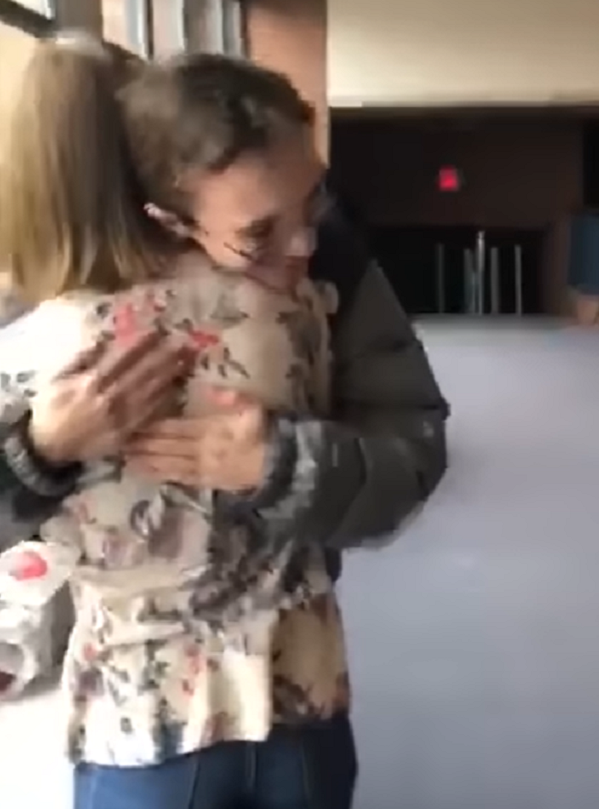 As Jake pulled her in for a hug he asked, “Is that a yes?” “Yes!” Paige exclaimed.

“After I sprung the surprise on her, we walked back out to applause from the rest of the cast. It was pretty surreal,” said the happy 17-year-old. The pair have already started planning for their big night! 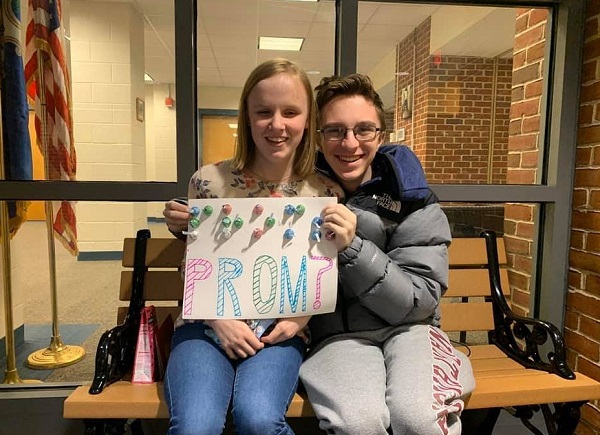 The video of Jake’s unique promposal is now going viral! What an adorable way to ask someone to prom. We love that he chose to make the question so personally suited to Paige.

We can't get enough of this #promposal at Glastonbury High School 😍: https://tinyurl.com/uaw34he