When you work in a hospital you see a lot of tragedy, so it’s important to celebrate the joyful moments whenever you can.

One February day Pennsylvania teenagers Sean Bachman and IsaBela “Bela” Santiesteban made a date to go get ice cream after school. Although the two Gov. Mifflin High School students had been on a group date once before, this was the first time they were going out on their own. 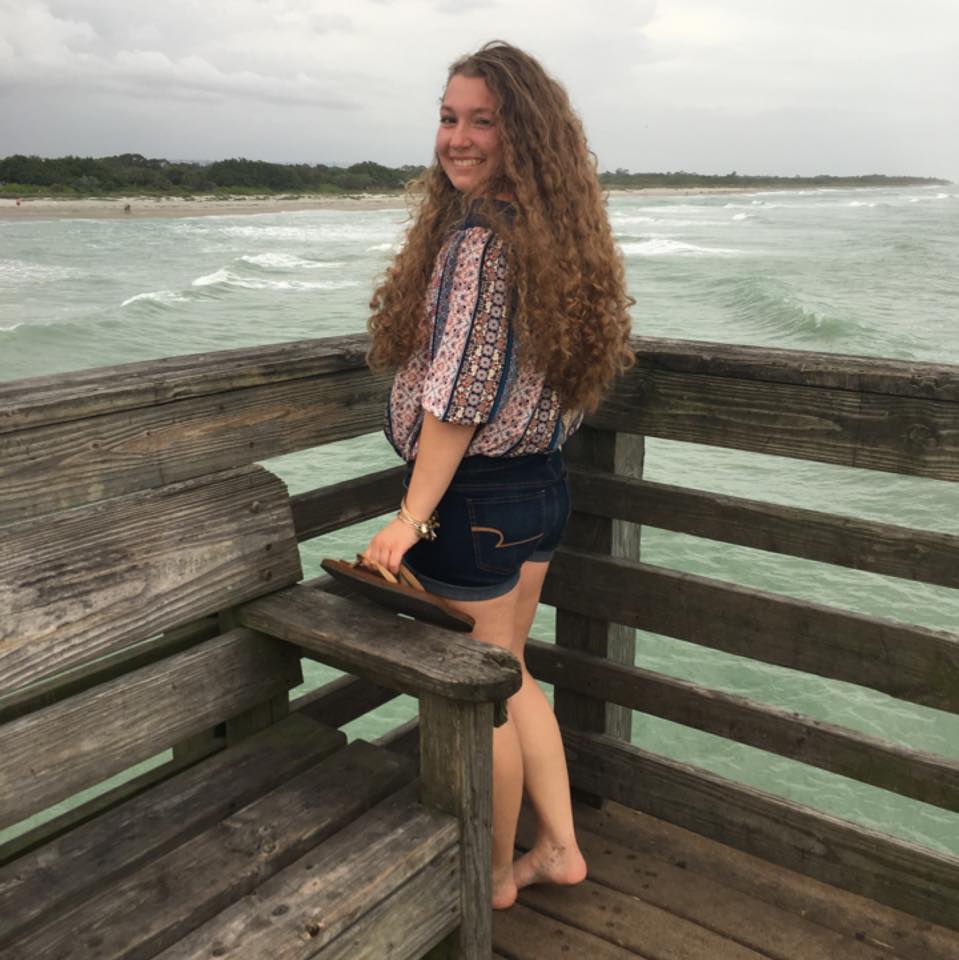 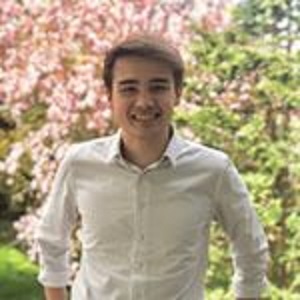 “I wanted to sort of feel out how she might react to me asking her to the prom,” said Sean. Unfortunately, Sean never got a chance to ask Bela that night, because while on the way to the ice cream shop they were involved in a serious car accident. Both teens were taken to nearby Reading Hospital with serious injuries. Sean, a water polo player, suffered broken bones, nine broken ribs, a collapsed left lung, and a concussion. Bela sustained a minor spinal fracture, a broken rib and a lacerated kidney.

Bela was discharged several days before Sean, who was in the hospital for eight days before moving to a rehabilitation facility for an additional ten days. When Bela started visiting Sean in the hospital he realized that in spite of the accident there was still evidence of the blooms of first love.

“(After her discharge from the hospital) Bela came to visit me every day at Reading Hospital, so I was starting to think she really does like me. I got to talking with some of the nurses about how to ask her to the prom,” Sean explained. Soon the nurses and other rehab personnel talked it over and decided to make a “promposal” that Bela would never forget. 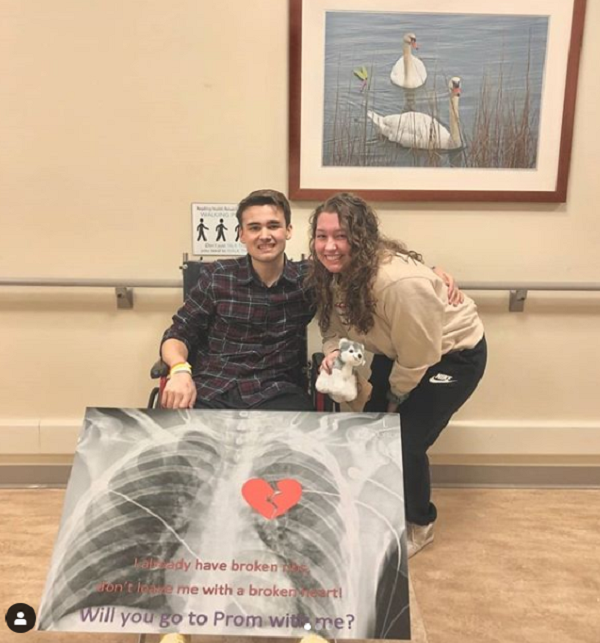 Nurses blew up a huge poster of the X-Ray Sean got on his broken ribs and wrote, “I have broken ribs, don’t leave me with a broken heart. Will you go to the prom with me?”

When Bela stopped in to see Sean a few days later she was blown away by the surprise.

“He and I were both in wheelchairs and he had the poster board in his hands,” she said. “At first, I was very confused. It took me about 30 seconds before I realized he was asking me to the prom. Honestly, he was the only guy I wanted to go with. I was hoping he would ask.” 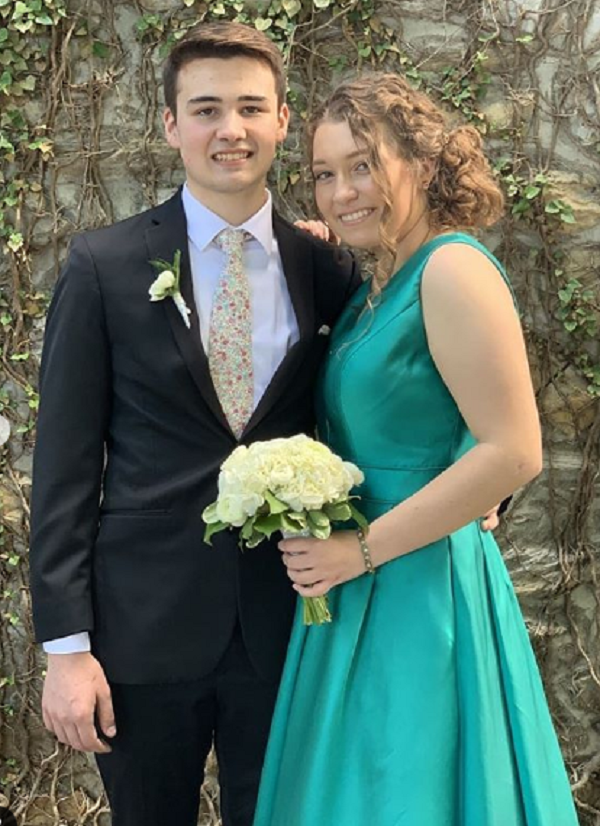 Not only did the staff arrange for the proposal, they also helped with a few other details to make the kids’ night special. Patient care assistant Jim Hancik passed around a collection hat in order to rent them a limo to take to prom. In light of their accident, that seems like a great idea!

“Jim would come in and tell me he was going to drive us to the prom in a limo,” Sean said. “I thought he was kidding, and then they really went and did it. I still have trouble believing it.” 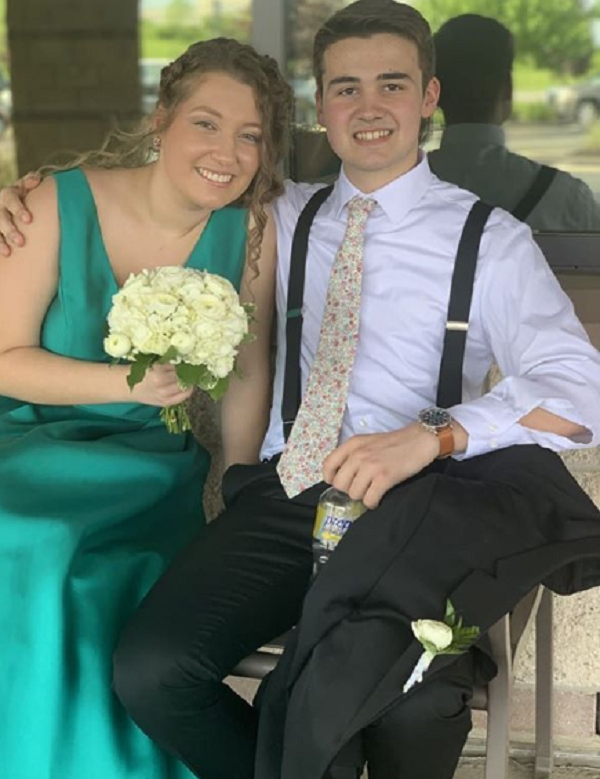 “It is so incredibly sweet,” said Bela. “I cannot thank them enough for all they did for us, both in the hospital and for our prom.”

The following spring Bela and Sean put on their fancy clothes, gathered their friends, and stepped into the limo that the rehab center had sent for them. Sean is back on his feet again and is excited to resume his water polo activities, and both teens could not be more thankful to their new friends at the rehab center.

“Thank you to the Reading Hospital,” Bela said. “Especially in the ICU (intensive care unit). They were the only care that I had and they were very awesome. And just coming to visit Sean and seeing you guys, you all did an amazing job. We are really grateful, knowing first hand what you guys do.” 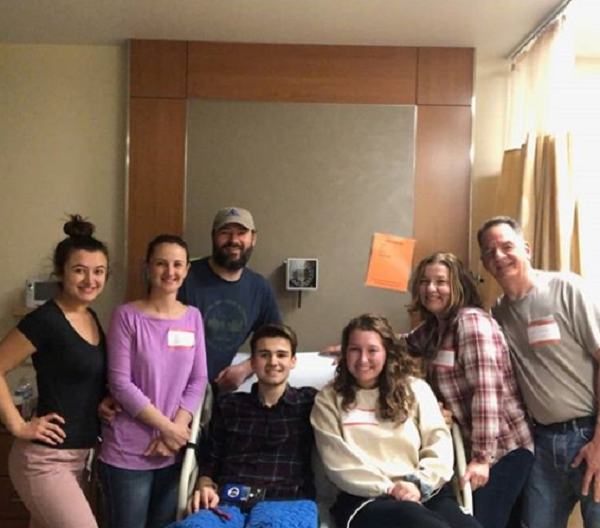 Talk about going above and beyond the call of duty! This medical team saw an opportunity to help these kids get over one of the most traumatic incidents of their lives and they grabbed it with both hands. We’ve always known that people who work in healthcare are incredibly special, but this story really takes the cake.