Heather Bardi of Metairie, Louisiana, works as a graphics technician, but she recently found herself stepping into the shoes of an amateur detective.

Last month, she noticed something strange happening outside her home. She began finding articles of clothing, towels, and dishrags on her porch. At first, she wrote them off as the offerings of strangers passing by, but it wasn’t long before her cat, Admiral Galacticat, became her prime suspect. 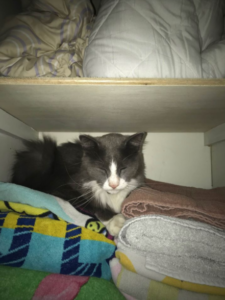 As Heather explained in a Facebook post to her neighbors, the trouble began when the feline, normally an indoor cat, started roaming around outside.

“The rona hit and he got sick of us being around constantly and basically begged and pleaded to go outside,” she wrote. “All was fine and dandy until two weeks ago when suspicious items started appearing on my front porch.”

From socks to bathing suits, the clothing kept coming over the following weeks. Most of it, Heather noticed, seemed to have been freshly washed. 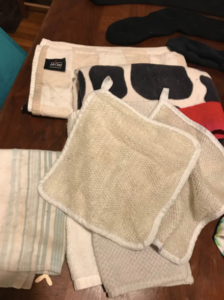 Determined to solve this mystery, Heather installed security cameras. As it turns out, she didn’t need them because she saw the culprit with her own eyes! 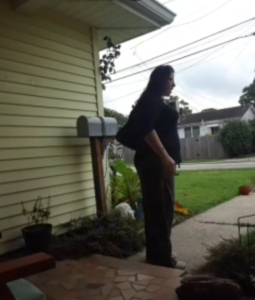 The thief was Admiral Galacticat! He had somehow gotten into her neighbors’ homes to steal their laundry. 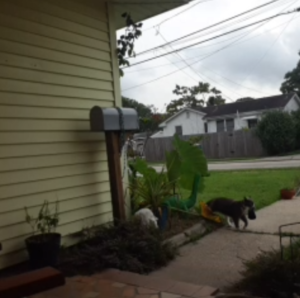 The only thing left to do was return the items to their rightful owners. Heather posted on Nextdoor and Facebook to let her neighbors know their clothes weren’t disappearing into thin air.

“Trust me, it is not the dryer monster, but Admiral,” she wrote. “If you would like to retrieve your items, I have been collecting them, and I will wash them again ’cause, cat spit, but you are more than welcome to come by and grab the bag and shame my cat if he is around. Just message me. Also, sorry my cat is a kleptomaniac.” 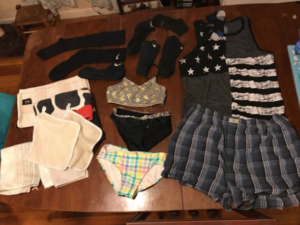 Admiral Galacticat may be a thief, but we’re sure his antics have spread smiles throughout the neighborhood. Now that this mystery is over, we have to solve another one: Why does he love laundry so much?

Share this story with other pet parents to give them a laugh.