Four members of the HAWS (Help Alberta Wildlife Society) were out in the hills in search of animals when one of the members noticed a horse that seemed to be in danger. Upon closer inspection, they realized that the horse was “75% submerged in the muskeg” (swamp) and couldn’t get herself out.

It was too slippery for her to crawl out using her front legs, and her back legs couldn’t get any grip in the mud, either. As hard as she fought, she was trapped. So, the group assessed the situation to find a solution and a way to rescue her. 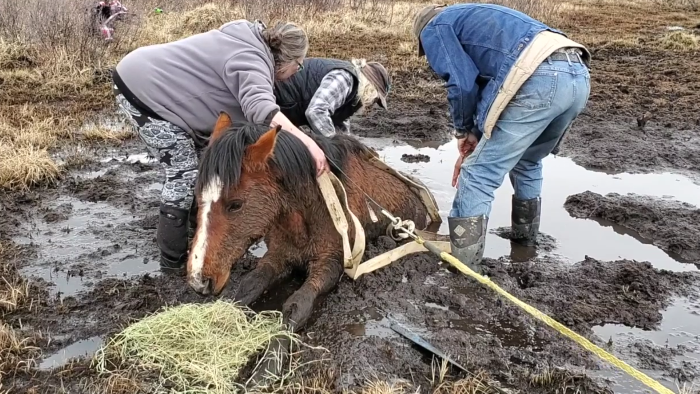 HAWS said the rescue took about 45 minutes because they had to keep modifying their plans to find what would work to get the horse out without injuring her. They estimated the hole she fell into, which was surrounded by ice, was five or six feet deep and that “she just stepped in the wrong place with no idea that it was so deep.”

As they worked, they gave the horse some hay to munch on to keep her occupied while they tried different things out. Once she was presented with the hay, it was like she didn’t have another care in the world (which made the rescue a little more difficult, but for a good reason). HAWS said, “We were totally amazed that with four humans and a whole bunch of straps and such working on her, the only real thing on her mind was eating.” 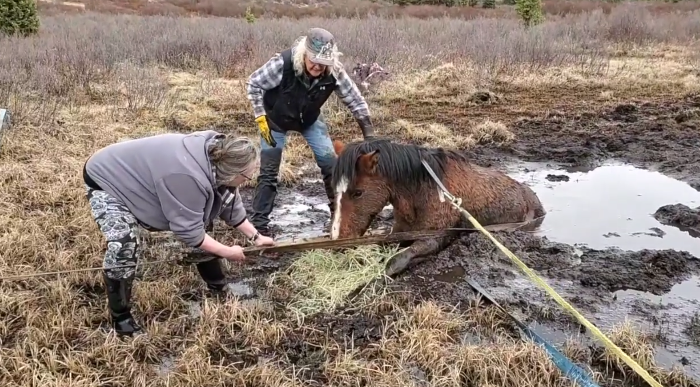 After 45 minutes of work, the group finally got the horse, who they later named Faith, free. She was a little disoriented and shaken up, but otherwise seemed okay. HAWS said she was left behind by her group but that they were confident she’d find her way back to them again soon. 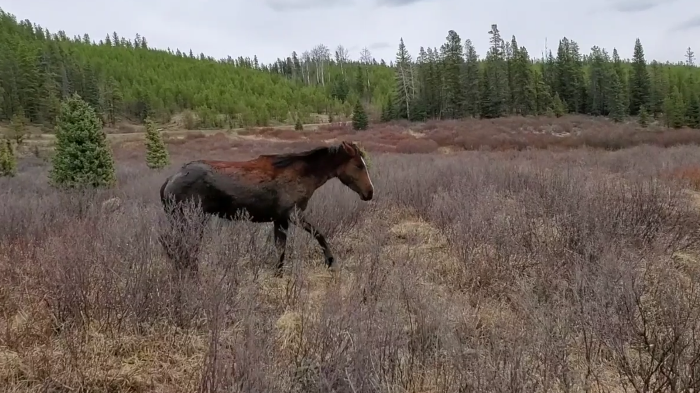 Faith is one lucky horse to have crossed paths with such loving and dedicated animal lovers.

You can watch a condensed version of the rescue mission in the video below. Remember to share this story with your friends, too!