An 8-year-old boy was enjoying a day skiing on Grouse Mountain in Vancouver, British Columbia when things to a sudden, scary turn.

Seconds after boarding a chair lift, he found himself dangling over the slopes an estimated 20 feet below.  If not for the young skiers who sprang into action, the outcome would have almost certainly been tragic. 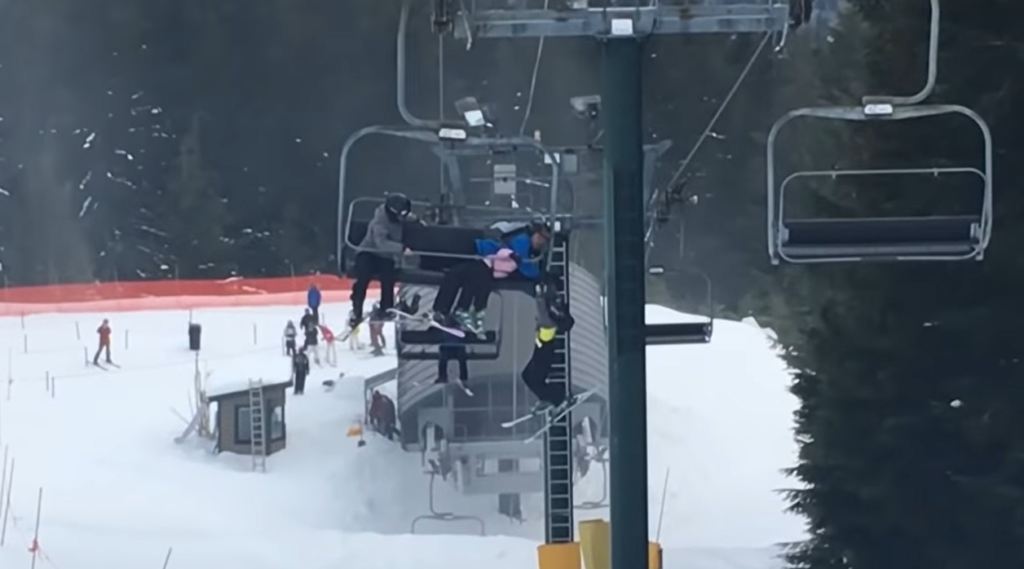 According to witnesses, things started going downhill right after the boy sat in his seat. His father grabbed his arm as he started to fall, but cries for the operator to stop the lift were drowned out by the loud music coming from the resort’s speakers. The lift kept going, and the boy’s dad was losing his grip.

Five skiers below— 13 and 14-year-old boys— heard the child screaming and knew they had to do something to help. Using a piece of plastic fencing and cushion from around a lift pole as a safety net, they held it up directly underneath the boy. They yelled for him to take off his skis, then encouraged him to let go as an onlooker recorded from the next seat up. 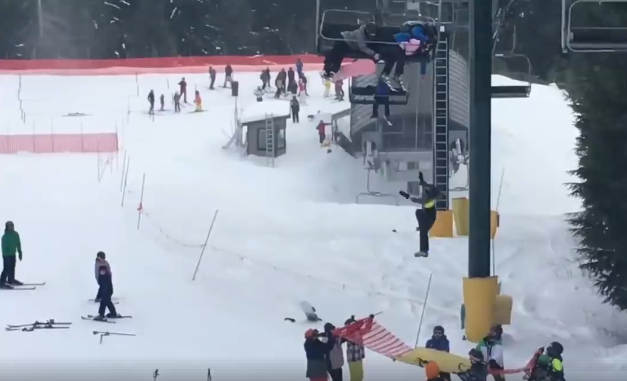 In a second of pure terror, the brave boy fell through the air. But because of the older boys’ smart thinking, the net caught him before he could hit the ground. Thanks to his rescuers, he was completely unharmed. 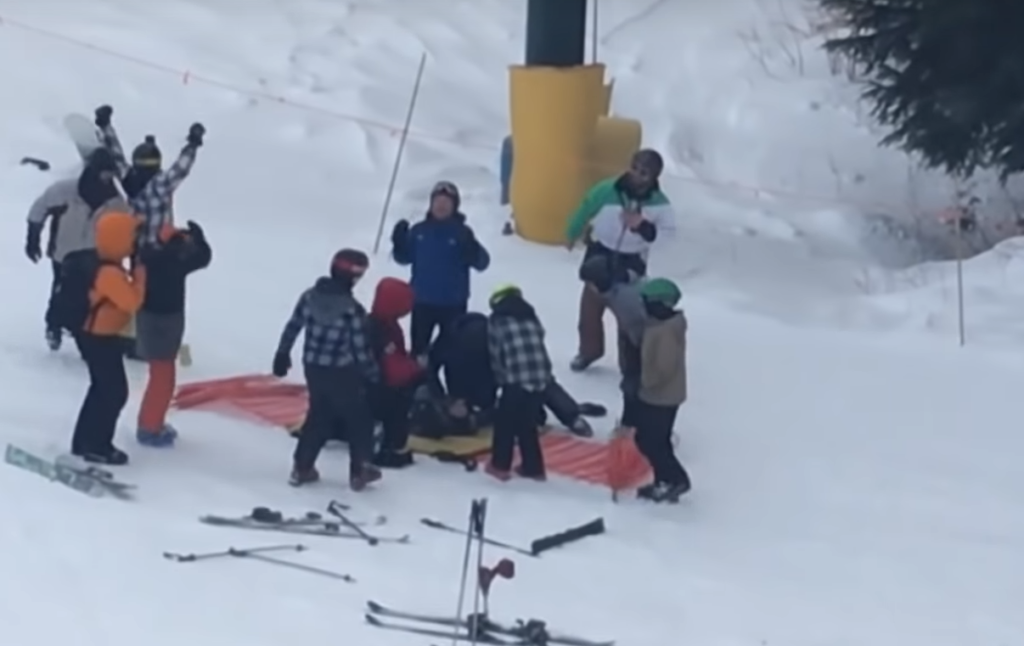 Now the five teenagers are being hailed as heroes for saving the child’s life — as they should be! The resort’s president plans to meet with the boys himself and will present them with season passes. The resort has also launched an investigation into the incident. 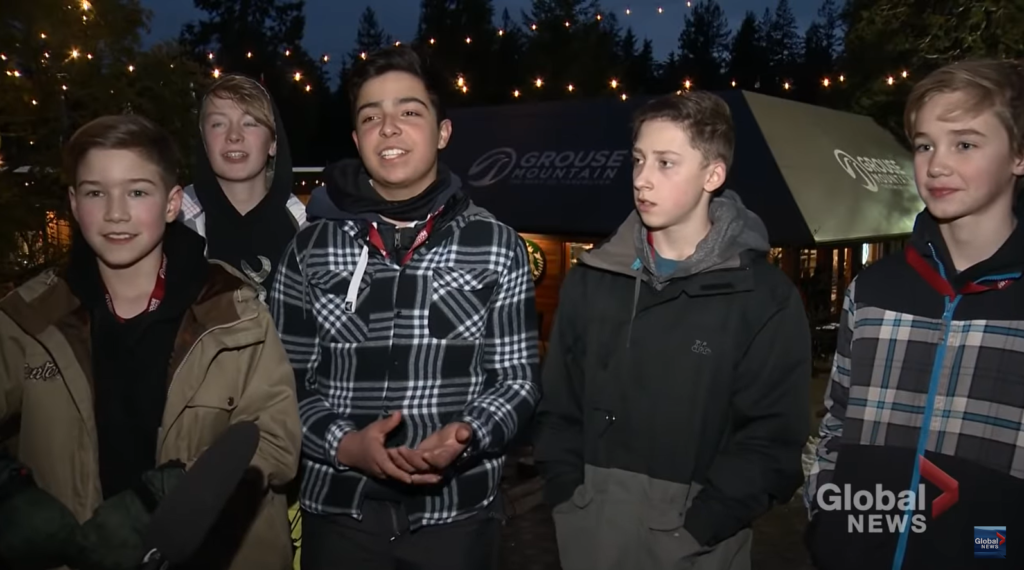 Not everyone can say they’d react so quickly (or creatively) in such a panic-filled situation. That kid was incredibly lucky to be sharing the mountain with those skiers that day.

Watch as the little boy falls into the net in the harrowing footage below, and share to spread thanks to these heroic teens.