We’ve shared some awesome stories with you about grandparents. Like this 89-year-old Russian grandma who is travelling the world, or these grandparents who wear matching outfits every day, or this “flower grandpa” who had wedding guests cracking up. But the grandparent in this story is especially great. She’s hosting a Thanksgiving feast, but the teen she accidently invited to dinner isn’t her grandchild!

The grandma, named Wanda, was texting her family, inviting everyone to a Thanksgiving celebration, when she accidentally typed in a wrong number and invited 17-year-old Jamal Hinton– a total stranger– to dinner.

Instead of just ignoring the text, Jamal responded to Wanda’s invitation.

Check out the screen-shots of the hilarious conversation: 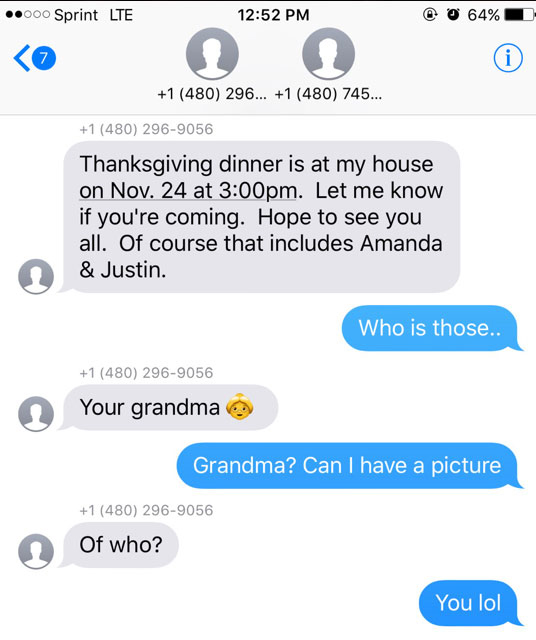 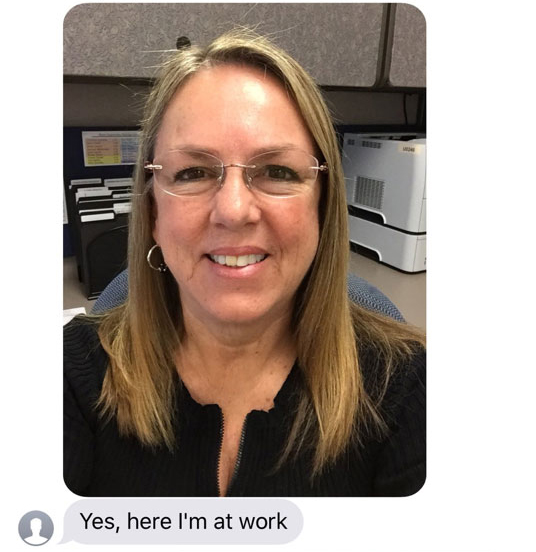 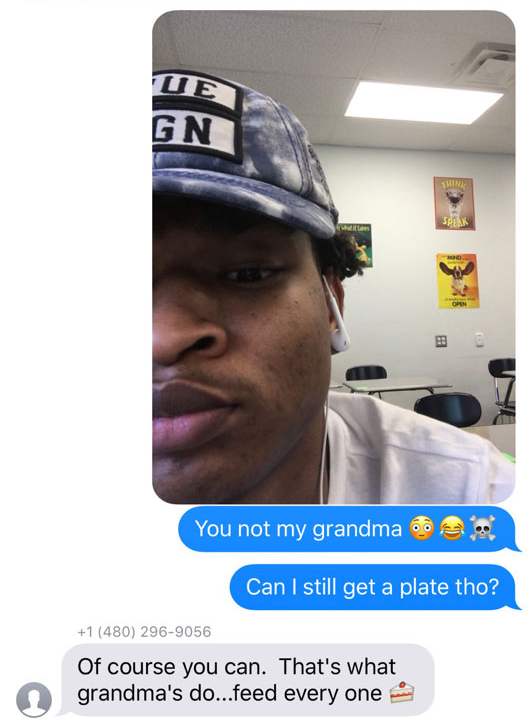 Jamal tweeted the screenshots saying “Somebody[‘s] grandma is coming in clutch this year!!”

Somebody grandma is coming in clutch this year!! Ayee!!! pic.twitter.com/laXmX6rotA

Jamal’s tweet quickly went viral; it has been retweeted almost 200,000 times and has nearly 400,000 likes. Everyone loves Grandma Wanda, the kind woman who invited a complete stranger to dinner… and still wanted him to come even after she realized she’d texted the wrong number!

The story created a special bond between the two and yesterday they finally met in person!

“She is a very sweet lady, she told me her husband was a veteran and she always invited his friends over for dinner, so she’s used to having a lot of people over,” the Desert Vista High School student told People. “I just got a vibe from her that made me feel at home.”

The teen says their two families will be getting together for the Thanksgiving meal.

“I’m bringing the pumpkin pie! I honestly think we’ll hang out again. It’s the power of technology, you know? But for a good reason.”

But in case you’re thinking about texting Wanda to get in on the feast, she has since changed her phone number.