Every athlete has experienced the crushing loss of defeat, and we can all understand why they feel upset afterward. After all, they put in so much hard work!

Professional golfer Brandon Matthews experienced this unpleasant sensation during this year’s Visa Open de Argentina in Buenos Aires. In a sudden playoff against Colombian opponent Ricardo Celia, he was preparing to sink a crucial putt when someone yelled, causing him to flinch and miss the shot. 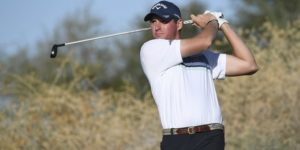 Not only did the 25-year-old lose the championship title, but he also lost his chance at an annual exemption into the British Open. Devastated, he took off to the locker room. “I thought someone had done it intentionally,” he said. “I was frustrated. Really I was in shock that that just happened.”

That’s when Claudio Rivas, the senior administration manager of PGA Tour Latinoamérica, arrived to apologize. Rivas explained that the outburst hadn’t been an act of sabotage. Instead, a fan with Down syndrome had gotten so excited that he couldn’t help making a sound.

Matthews’ frustration immediately melted away. He asked to meet the man and learned his name is Juan. 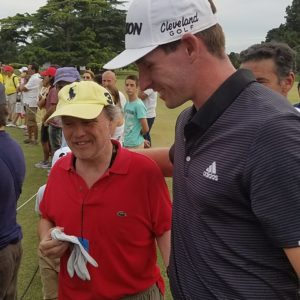 After speaking to Juan and signing a glove for him, Matthews said he regretted being upset at all. The last thing he wanted was to make Juan feel guilty for his enthusiasm!

“I gave him a hug, and I asked him, ‘Hey, are you doing OK? Are you having fun?”’ Matthews said. “I just wanted to make sure he was enjoying himself, that he had no hard feelings, that he didn’t feel bad about what happened.” 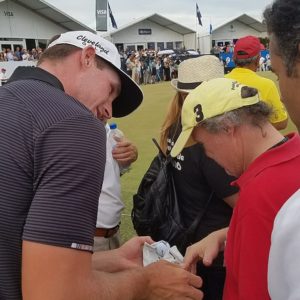 Matthews added that he has a special place in his heart for fans like Juan. His childhood friend had a sister with Down syndrome, and his own mother worked with people who have special needs.

Although he’s still disappointed by the loss, he’s taking it in stride. “Some things are bigger than golf,” he said. “This was one of them.” 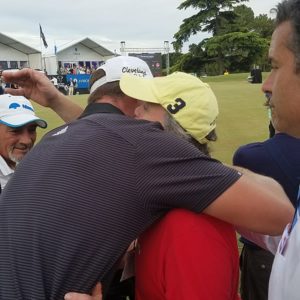 Matthews may not have won the tournament, but he’s a winner where it counts! Kindness is what being a role model is all about!

Share this story as a reminder to always put yourself in someone else’s shoes.