Some children spend a heartbreaking amount of time worrying what other kids think about them, a fear that can only get stronger when someone is battling cancer.

Keren Clay of Atlanta, Georgia, was no exception. When a pain in her foot began to plague her, she went to the doctor and learned some devastating news. 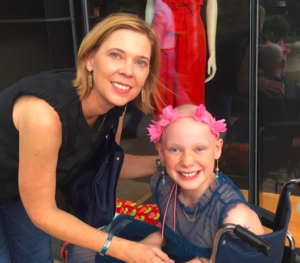 She was diagnosed with rhabdomyosarcoma, a type of cancer that affects soft tissue like muscle, and had an inoperable tumor in her foot. Faced with few other options, her physicians and parents determined they needed to amputate Keren’s leg.

Kelly Clay, Keren’s mother, said delivering the news to her soccer-loving daughter was unbearable. “She was always really athletic and active,” she said. “We made the decision to have the amputation because it gave her the best chance of being active again. That’s hard for a child to understand.” 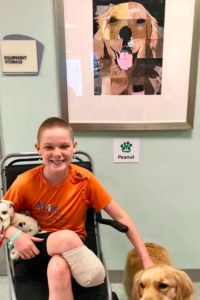 But if there’s one thing Kelly knows about her daughter, it’s that Keren is determined. After the surgery, she immediately began to bounce back. “That day, she was already talking about it like she was processing it and accepting it,” Kelly explained. “It made it so much easier for us, where we could start processing it.”

After the amputation, this tough little girl had a lingering concern, one that so many of her peers share. “She was afraid that people would look at her differently,” her mother explained.

Fortunately, Keren had nothing to worry about. Their community was making arrangements to welcome Keren home and show her exactly how much they love her — exactly as she is.

Kelly recorded a video of their amazing drive home from the hospital. As they pass her school, Keren sees dozens of teachers, administrators, and students gathered outside to wave and cheer for her as she goes by. Many are wearing “Team Keren” T-shirts and holding signs that say, “We love you!” 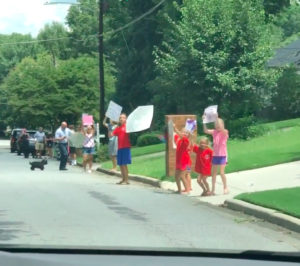 “What did you plan, Mom?” Keren asks Kelly, but Kelly played no part in the beautiful surprise. The sweet moment was all thanks to Keren’s kind friends and neighbors!

Back at their house, more people are waiting to welcome Keren home, including a group of her friends. Kelly thought Keren wouldn’t have energy to greet everyone, but Keren immediately heads toward her friends on her crutches. They, of course, don’t hesitate to rush forward and embrace her, instantly removing Keren’s fear that they wouldn’t accept her with only one foot.

“I think that the message came through that they love her the same,” her emotional mother said later. “They don’t see her any differently just because part of her leg isn’t there anymore.” 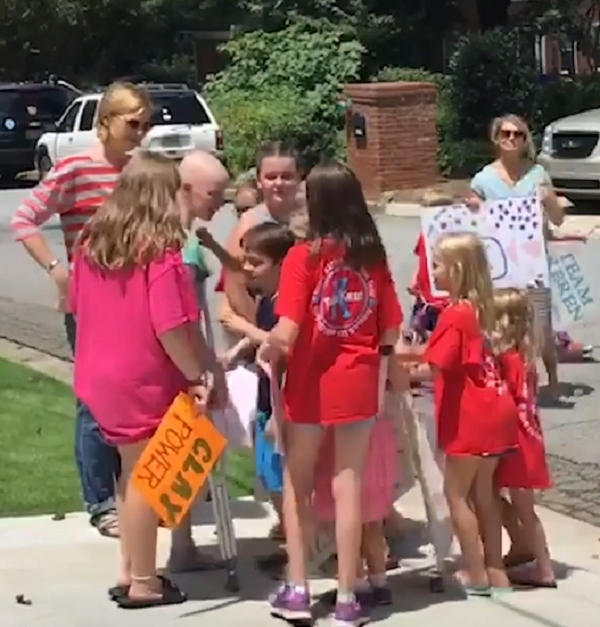 We are happy to report that after completing radiation and 53 grueling weeks of chemotherapy, Keren finally beat her cancer. And now? “She’s still seeking adventure and wanting more,” Kelly said. “She’s not letting this get in her way.” She’s even signed an official letter of intent to join the Georgia Tech women’s basketball team in partnership with Team IMPACT. 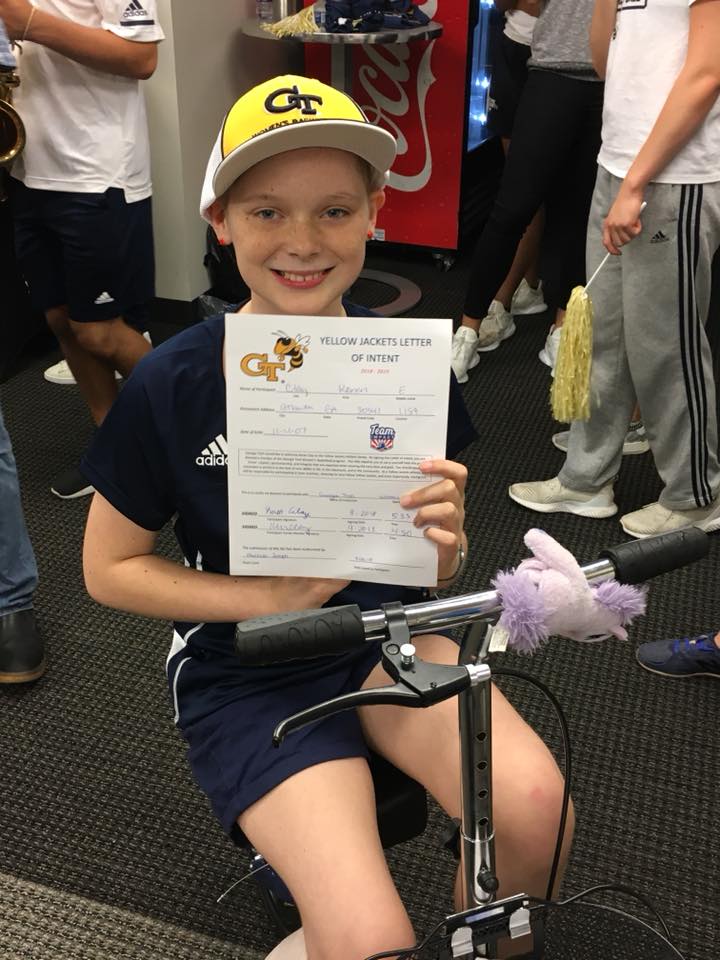 Children can be so focused on what they look like and how they appear to others, but this story goes to show true love is unconditional. For this little fighter, just knowing her community supported her no matter what made a huge difference!

Watch the video below to learn more about Keren’s wonderful homecoming celebration, and don’t forget to share.

Girl fighting cancer can't believe what her neighborhood did for her

Keren was scared her friends would look at her differently after her amputation, but all it took was the drive home to make her realize she had nothing to worry about. ❤️?Children's Healthcare of Atlanta