Lots of brides try to incorporate nature into their wedding day photographs, but it’s not everyday that nature ends up stealing the show… and the flowers.

Professional photographer Laurenda Bennett has been capturing couples’ special days for five years now, but her recent shoot at the Felt Estate in Saugatuck, Michigan, will almost certainly become a high point in her career. 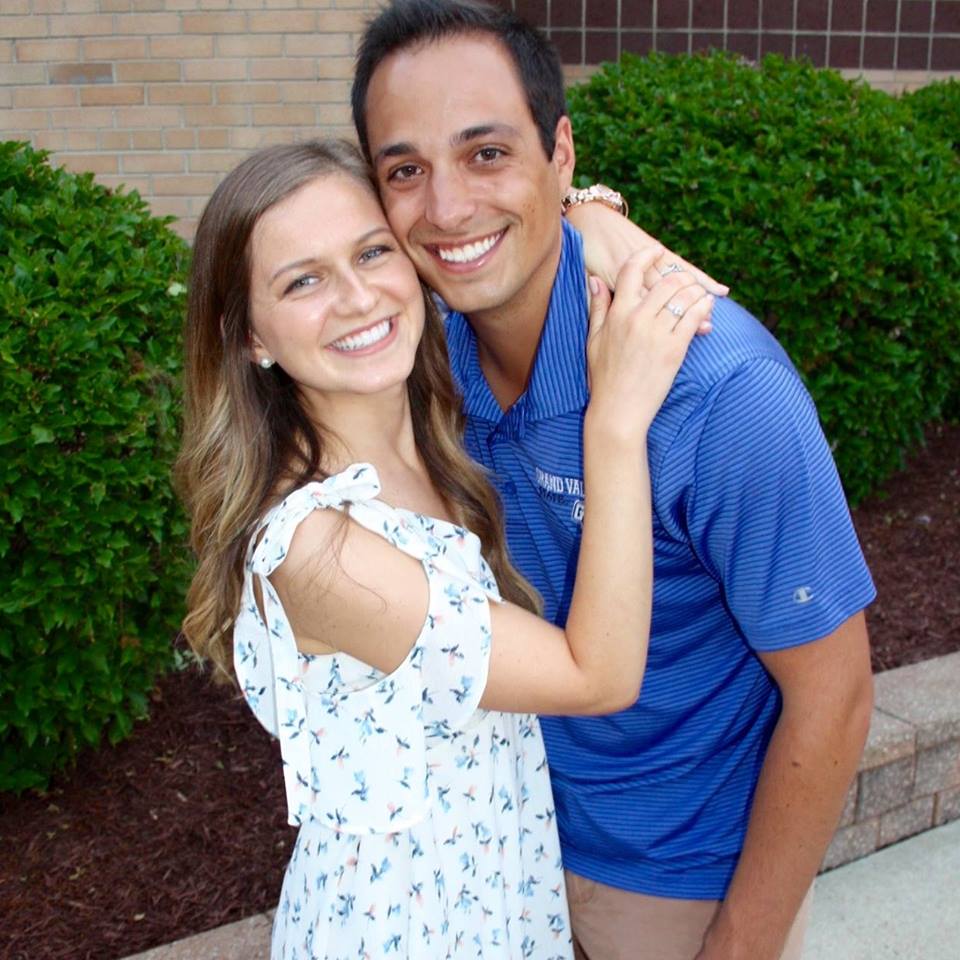 Over Labor Day weekend, Laurenda was photographing the wedding of  Morgan and Luke Mackley when the group had a surprise visitor.

The Michigan couple was excited to incorporate their location’s natural beauty in their pictures. With visions of having a gorgeous pink sunset as their backdrop, the photographer and newly-married couple left the reception after dinner and headed out to a nearby field.

“The bride wanted photos over in a field on the same grounds as her ceremony and reception, so we headed that way after dinner for their golden hour photos,” Laurenda explained. “Well, it was very overcast that day and we didn’t have a true golden hour, but what happened instead trumped that pretty light we were hoping for.”

Turns out that’s an understatement! As Morgan and Luke stood by a fence, along came a “local” who couldn’t resist photobombing their pictures. 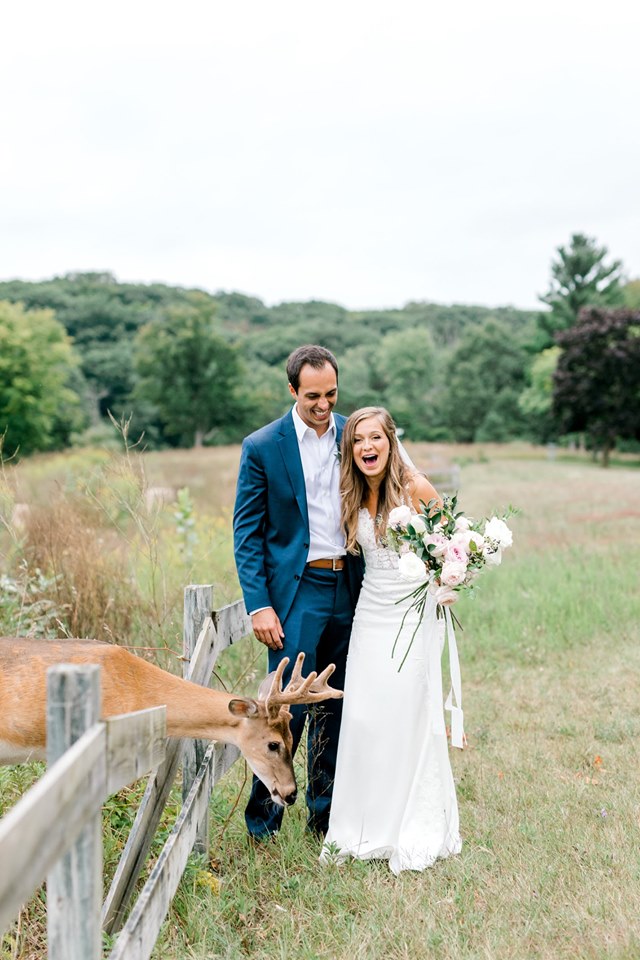 Morgan’s face really says it all! She seems delighted by the unexpected visitor. Within seconds this scene that could have been lifted straight out of a Disney movie shifted, however. Turns out the deer wasn’t just there to say hello; he had his sights set on Morgan’s bouquet.

“When we reached the field, we saw him,” said Laurenda. “He was grazing behind a little white fence and as soon as we were in view, he walked right up to Morgan and Luke. He was very interested in Morgan’s bouquet and without any hesitation, walks right over the fence on a quest to consume her pretty florals.” 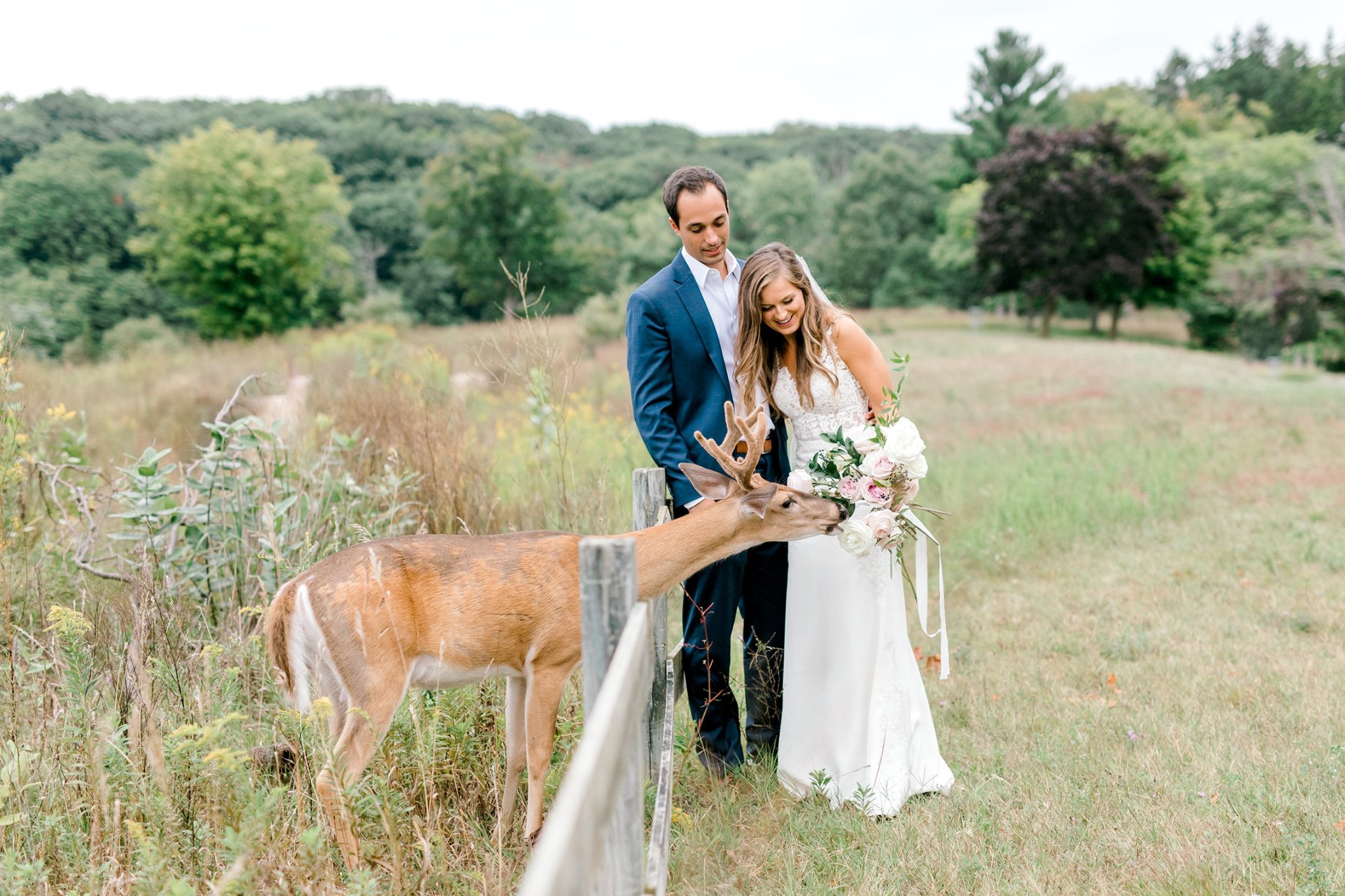 Morgan had carefully selected her bouquet, which was gorgeously arranged by Melissa of Melissa Anne Floral Co., and she was definitely reluctant to hand it over to this pushy deer. But the more Morgan tried to hold the bouquet out of his reach, the more eager he was to nibble the delicate roses right out of her hands!

“He was pulling roses out one by one,” laughed Laurenda. “Morgan and Luke raised the bouquet a few times and he would jump up for it. I’m just in front of them snapping away, instinctively.” 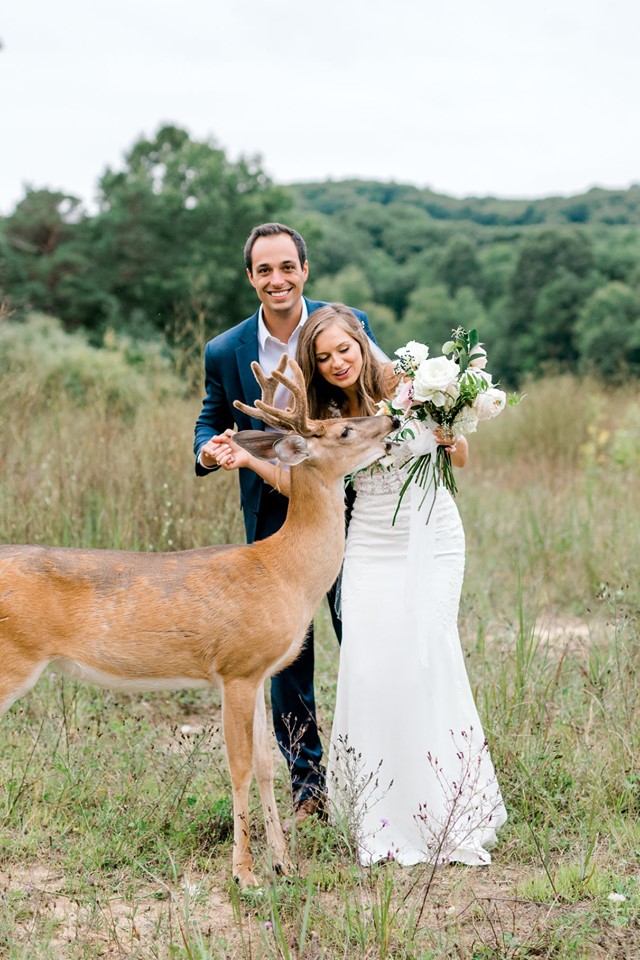 “She lifted it up in the air and said, ‘What do I do?” Bennett recalled. “But then it started jumping up to grab it, so we decided to just leave it for the deer to have as a little gift.”

The bride reluctantly set her beautiful bouquet down on the ground and moved away from the persistent creature. When they returned to the area about 15 minutes later, they were surprised and delighted to see that the deer had eaten the entire thing except for one lone, perfect rose. 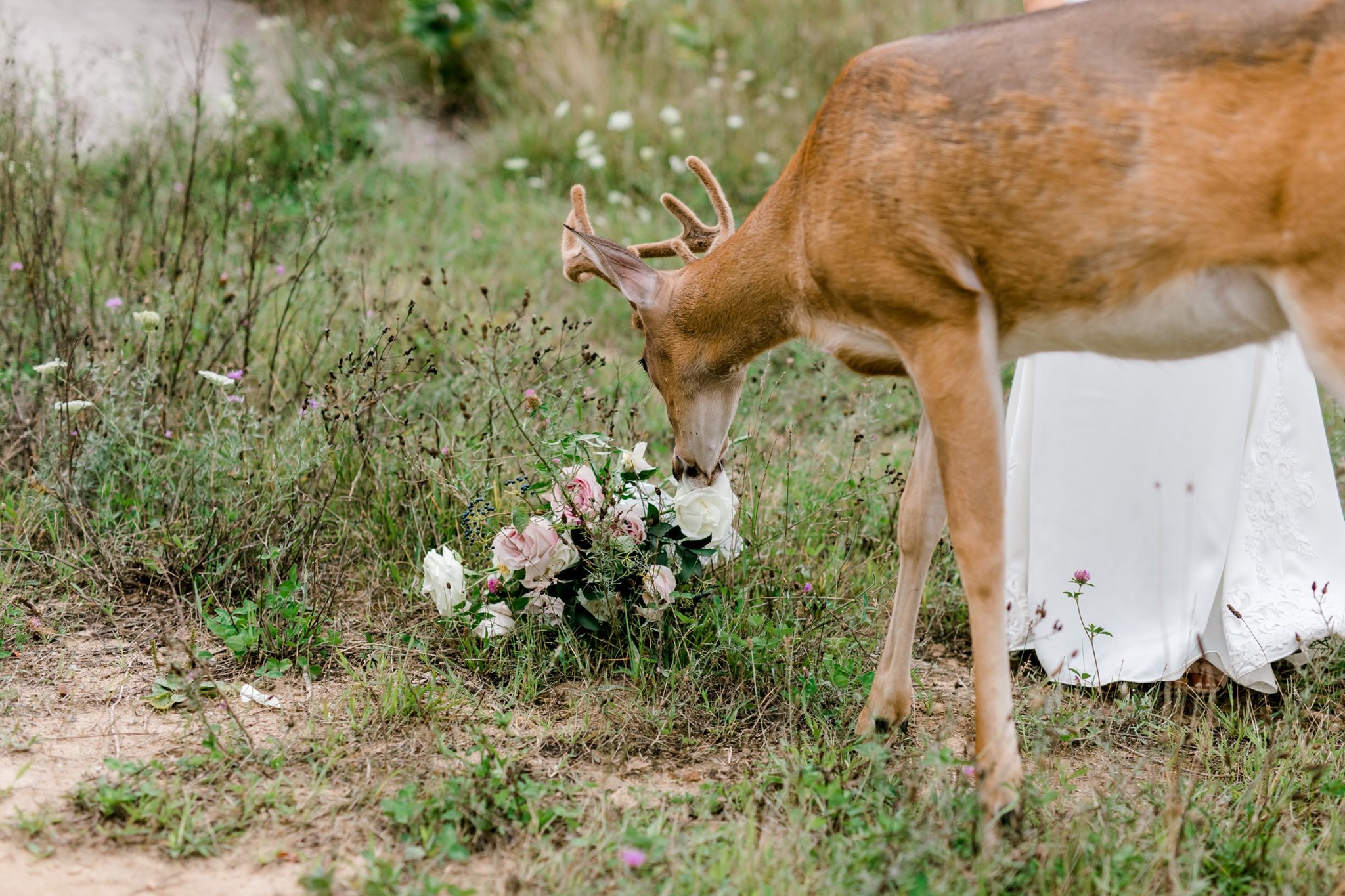 “We came back later and saw that there was one final rose lying there, fully intact,” Laurenda said. “So we joked about how Morgan ‘got the final rose,’ like on ‘The Bachelorette.'”

“Deer: 1, Bouquet: 0,” Laurenda wrote as a caption. While the online attention was a fun experience, the photographer says that the entire experience was a real delight. “It was a once-in-a-lifetime experience, and we were very appreciative that it happened to us.” 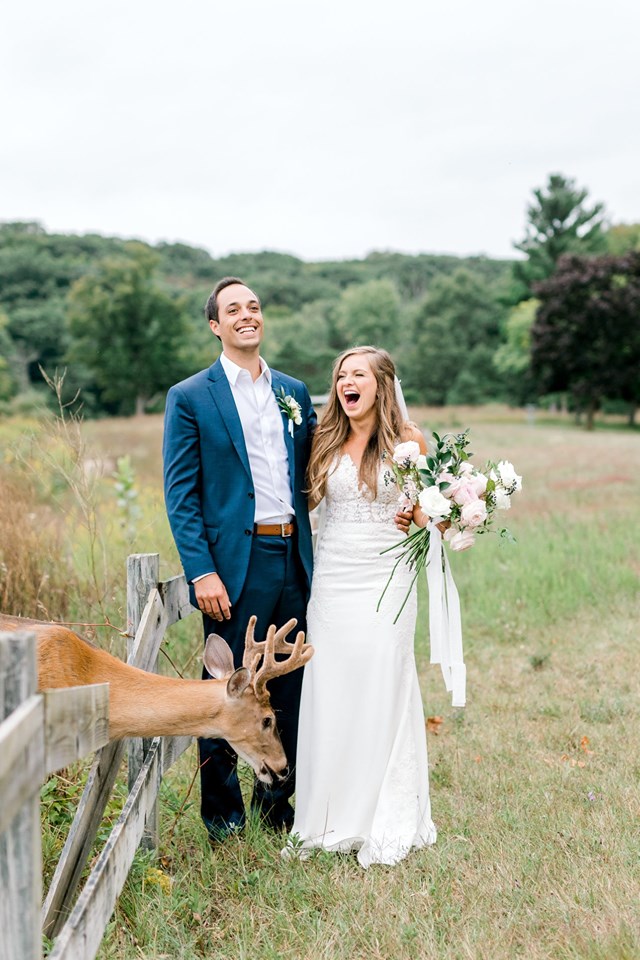 The deer is super cute, but honestly it’s the look on Morgan and Luke’s faces that make these pictures a true keepsake. It’s just not every day that you get this up close and personal with the local fauna. There’s so much sheer joy and happiness reflected in these photos! We couldn’t ask for a cuter photobomber.

Woman Feeds Man Who Went Through Her Trash And He Has Sweetest Reaction.

When you pay it forward, don't be surprised if good things come flying back at you! A woman in Canberra, Australia shared a story on her local Facebook group about...