He had a career spanning decades, starring in more than 10 Broadway and London musicals, 31 musical films and four television specials. But during the 42nd Academy Awards in 1970, dancing phenom Fred Astaire showed that even at 71-years-old, he wasn’t ready to be put out to pasture just yet.

Nearly all the ceremonies before and since have had a designated host, but not that year. The awards were presented by 17 so-called “Friends of Oscar,” including Hollywood illuminati Bob Hope, John Wayne, Barbra Streisand and, of course, Fred Astaire. 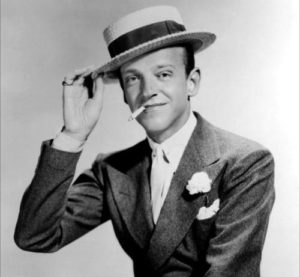 Standing before hundreds of guests and nominees at the Dorothy Chandler Pavilion in Los Angeles, he and Bob Hope were tasked with handing out that year’s Oscars for Best Documentary Feature (Bernard Chevry for “Arthur Rubinstein – The Love of Life”) and Best Documentary Short (Denis Sanders and Robert M. Fresco for “Czechoslovakia 1968”). 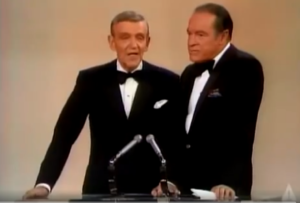 In the clip below, Bob gets Fred to confirm he’s retired – just the previous year, in fact.

But how can Fred Astaire – considered to be among the most influential musical and film dancers in history – hang up his dancing shoes and top hat without giving at least one dance performance at the Oscars?

Moments later, the band starts up, and Fred gets pulled out of retirement for his first-ever Academy Awards dance performance, to the pure delight of both the live and television audience. 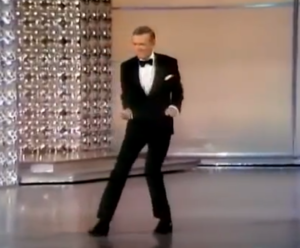 Okay, this is Fred Astaire we’re talking about. Muscle memory is amazing, but how can a septuagenarian be so nimble? 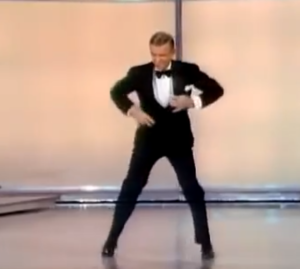 The clip only recently re-surfaced, and it’s brought back fond memories for thousands who grew up watching this dancing extraordinaire:

Check out his performance in the clip below and share to spread amazement!