Without a doubt, Frank Sinatra was one of the most popular and beloved singers of the 20th century. Despite never learning how to read music, he became one of the best-selling artists of all time.

That’s why it’s pretty hard to believe anyone could be on par with such a legend. But ask all the people currently swooning over Twitter user David Sikabwe’s Sinatra cover video and they’ll tell you he came pretty darn close. 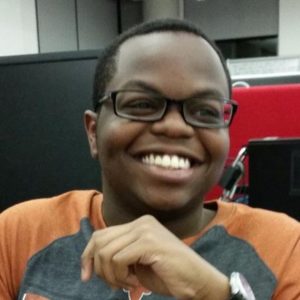 David is a student at the University of Texas and, it seems, a master wordsmith. He recently recorded himself singing his own version of a Sinatra song, complete with his own impressive rap lyrics. In May, he uploaded the video to Twitter with the caption, “Frank Sinatra called. He wanted a rap verse for ‘Fly Me to the Moon’. Happy to oblige.” 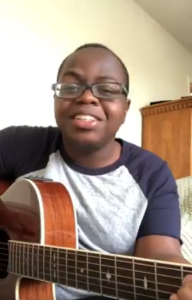 It only took a few seconds for David’s amazing musical prowess to shine. His rhythm and pronunciation were perfectly on point, and the addition of his guitar playing skills made for one seriously pleasant listening experience. 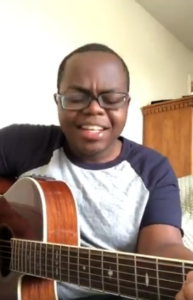 Throw in his dreamy voice and that killer smile, and it’s no wonder his video went viral so quickly. 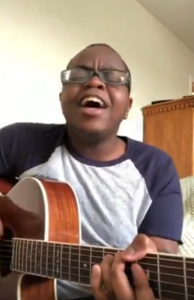 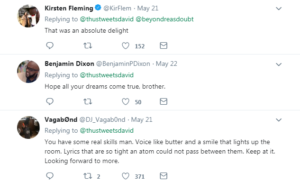 It even caught the attention of James Corden, who confessed he could hit replay on David’s video over and over. We have a great idea for Corden’s next guest on his “Carpool Karaoke” segment!

Everyone’s favorite part of the cover had to be David’s fitting space-themed lyrics, which he shared a screenshot of, adding, “This had been sitting in my Notes app for almost a year!” 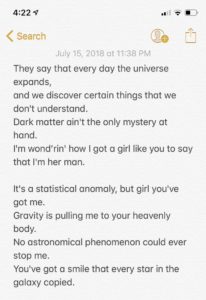 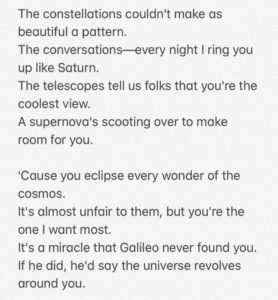 Who’d have thought Sinatra and rap could go so well together? If David ends up pursuing a career in singing and songwriting, he’ll definitely make it big with those musical skills!

Check out what just might become your favorite version of Sinatra’s hit below, and be sure to share David’s talent with others!

Frank Sinatra called. He wanted a rap verse for "Fly Me to the Moon". Happy to oblige.

(My broken glasses are totally an aesthetic choice.) pic.twitter.com/CIMQha1oii