You just never know when opportunity might knock, so it’s best to be ready just in case.

Aspiring singer and Texas A&M grad, Andrew Zarrillo, must keep that advice close to his heart, because he got the opportunity of a lifetime at Michael Bublé’s concert  at the Infinite Energy Center in Duluth, Georgia and he nailed it! 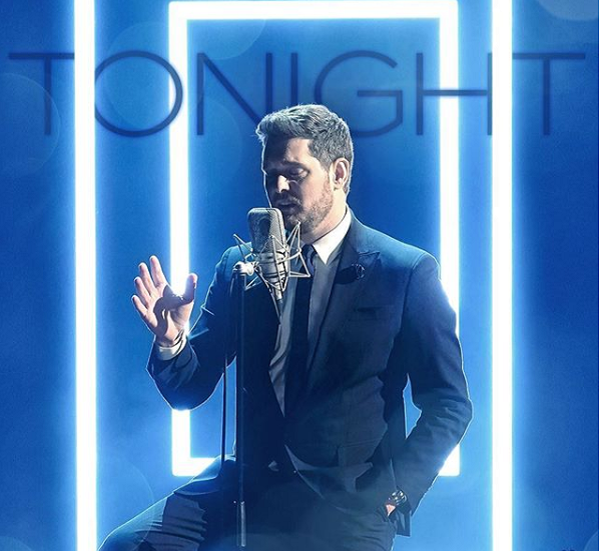 Michael often asks audience members to sing during his events, and this concert was no different. In a video that’s quickly racking up views online, we see Michael casually chatting with his fans during the show when he asks “Who has a shower song?” Looking around at the crowd gathered near the stage, he sees Andrew wildly waving his arm in the air.

“Ladies and gentlemen, please feel very free to judge,” Michael jokes as he hands the microphone over to Andrew. If Andrew is nervous about singing in front of an entire stadium of people, he doesn’t show it a bit! He seems so confident that he even gets a laugh from Michael as the band starts up its jazzy introduction to the song he selected, Frank Sinatra’s “Fly Me To The Moon.” 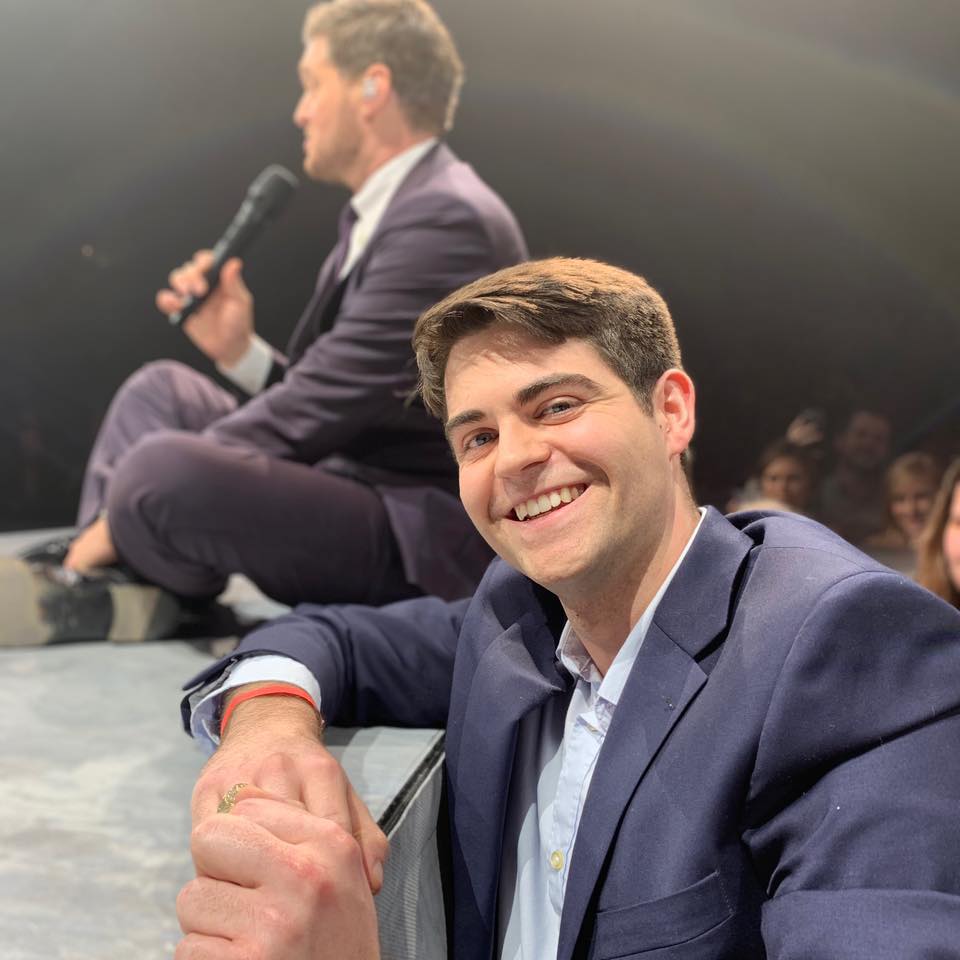 “I got it,” Andrew says confidently as Michael chuckles and stands back. Sure enough, he’s definitely got “it!”

Andrew sings the song like he’s channeling Old Blue Eyes himself! He’s got a gorgeous voice that’s perfectly suited to crooning. He actually gives Michael a run for his money! 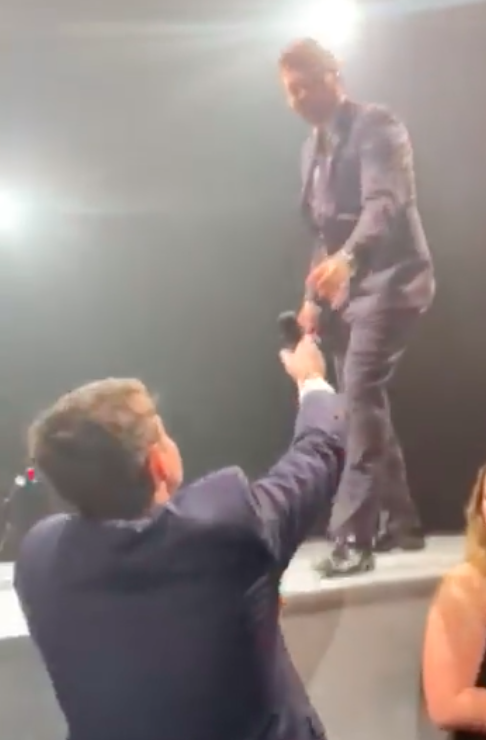 Andrew proceeds to sing the whole song as if he’s been doing it all his life, even incorporating a kiss for his girlfriend, who’s filming the moment beside him. This guy is seriously smooth! It makes us wonder if we’re witnessing a star being born right before our very eyes. 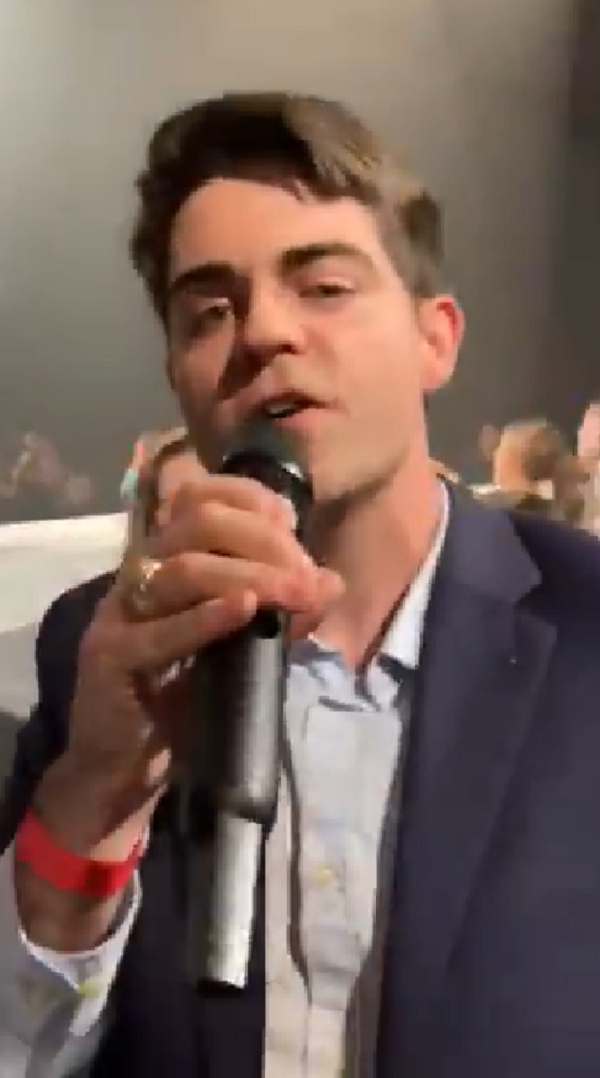 Michael seems to agree, because when Andrew finishes the popular singer takes the microphone back and announces, “Ladies and gentlemen, your next American Idol!”

And his biggest fan, girlfriend Amanda, could not have been more thrilled. 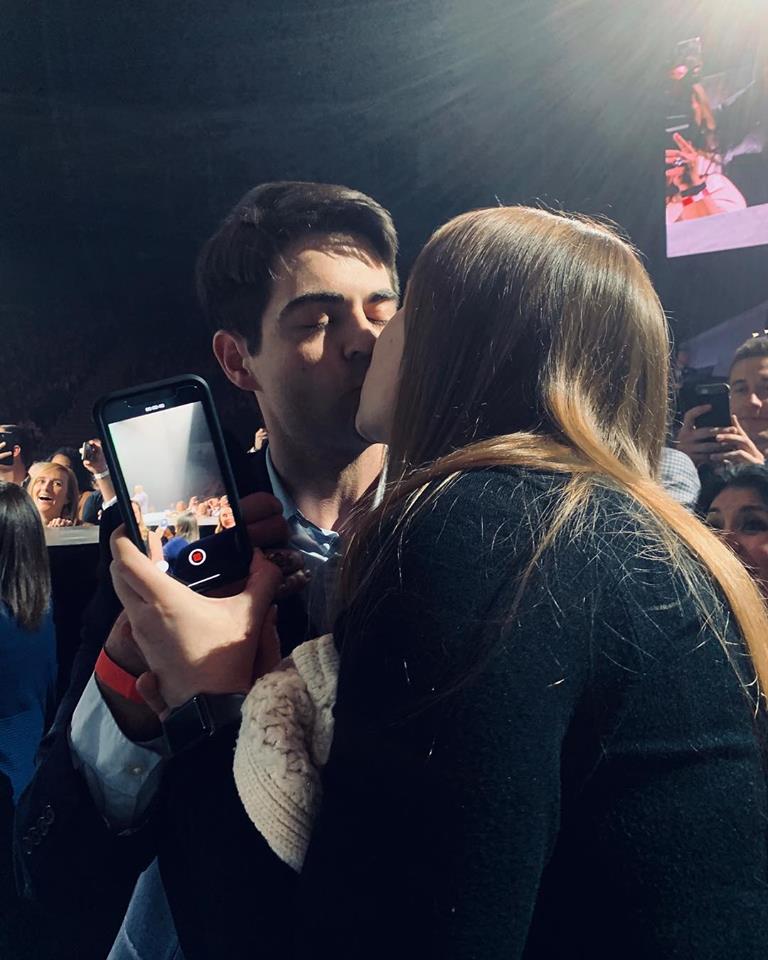 Honestly, we wouldn’t be surprised if Hollywood comes knocking for this talented young man! We have to think that most of the time when Michael has a random audience member take the mic the results aren’t exactly great, but Andrew really blew us all away.

Take a look at Andrew’s star-making moment at the Michael Bublé concert below, and be sure to share so you can say you “knew” him when.