Late last month, Moscow resident Ruslan Lukanin and a buddy were fishing from a small boat in a lake in northwest Russia when they saw them: two adorable bear cubs, struggling to stay afloat. The cubs apparently weren’t strong enough swimmers and had been unable to keep up with their mother, who made the crossing to dry land without even checking back to make sure the kiddos were okay.

On September 28, Ruslan uploaded a clip of the dramatic rescue on YouTube. It opens with one of the cubs clinging to the starboard side of the boat as if it were a life preserver, obviously exhausted as he bobs up and down with the slow-moving current. 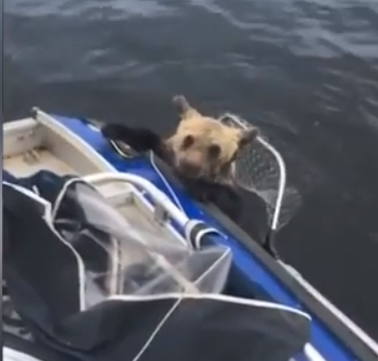 “Take a rest, little one, take a rest,” one of the men says soothingly. “Hold on, hold on. But what if it he bites us?”

“No, he won’t, he’s just clinging on for his life,” the other replies. 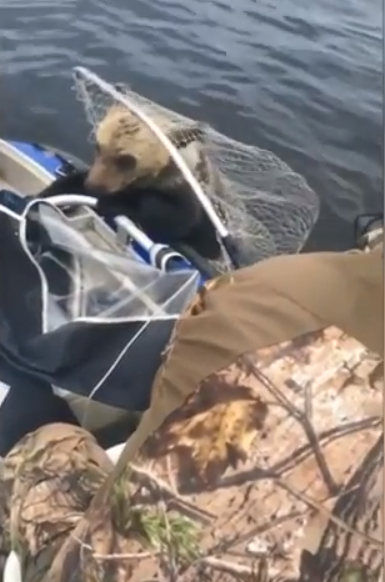 But what to do? You can’t just reach down and grab a bear – even a baby bear – by the scruff of the neck and haul it aboard. So one of the men grabs a fishing net and scoops it under his bum to help guide the little guy aboard. 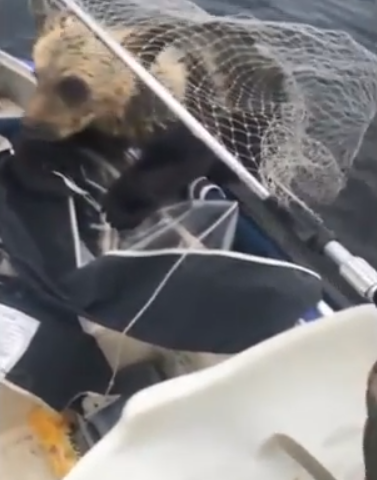 What happened afterward is anyone’s guess. Maybe the cub kicked back with a cool one from the cooler while the men worked on rescuing his sibling. 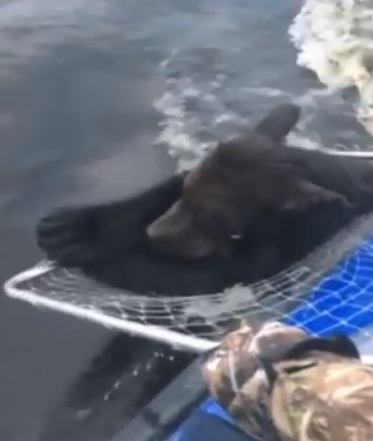 Once their waterlogged cargo was out of harm’s way, the men ferried them to the island where their clueless mother was undoubtedly looking for them.

“We picked them up and dragged them to the island to which their mother had swum. It was dangerous, of course,” Ruslan admitted. “But they are living creatures. We couldn’t just look the other way.”

Watch this amazing (and daring) rescue in the video below. Share to spread smiles!