Police detective Cori Clark and her firefighter boyfriend, Michael Hughes, are used to the weather upsetting their plans. Both are first responders who routinely rush into danger to help others, after all.

Yet as Hurricane Michael bore down on the Panama City, Florida venue they’d selected for their October 21st wedding ceremony, it looked like this was one plan that was never going to come to fruition. Cori says she’d planned the wedding for an entire year, only to have everything go sideways at the last minute. 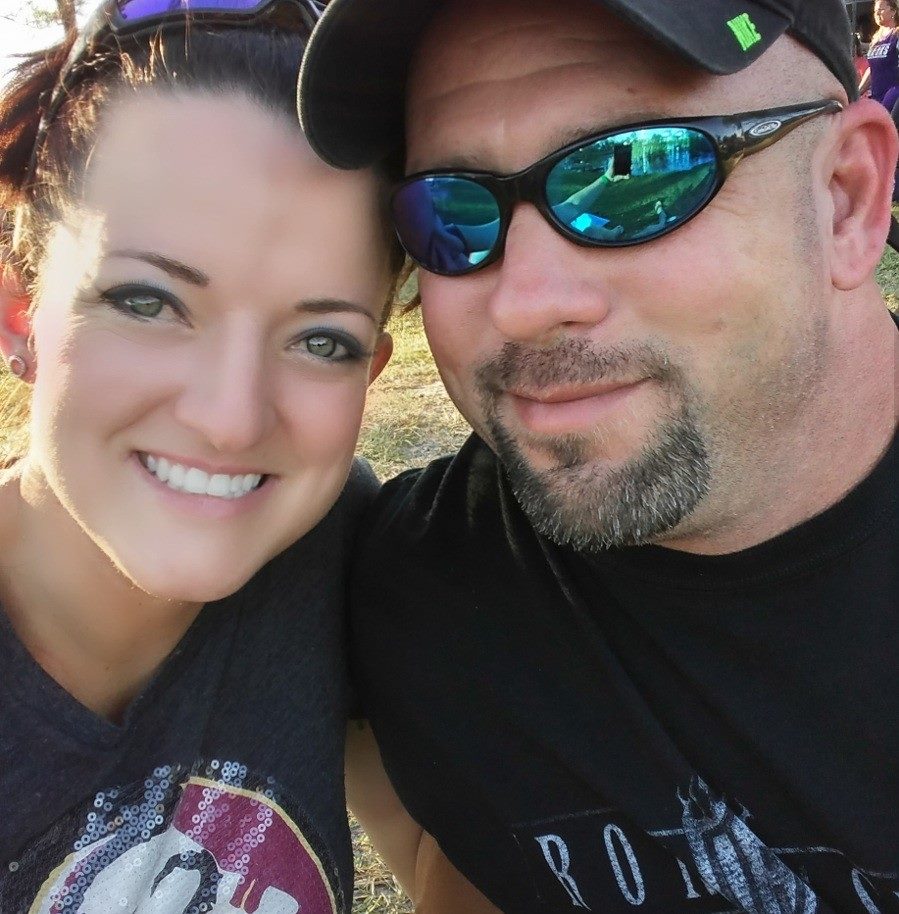 Cori’s wedding dress, which had been handmade by her great grandmother, was locked inside a local dress shop. While it wasn’t damaged in the storm, there was no way the Panama City detective could get her hands on it because the store owners had evacuated. The same thing went for the couple’s wedding rings, tucked inside a jeweler’s safe to ride out the storm.

Not only that, but the house they’d rented on the beach for the big day was gone, swept away by the relentless category 5 storm. 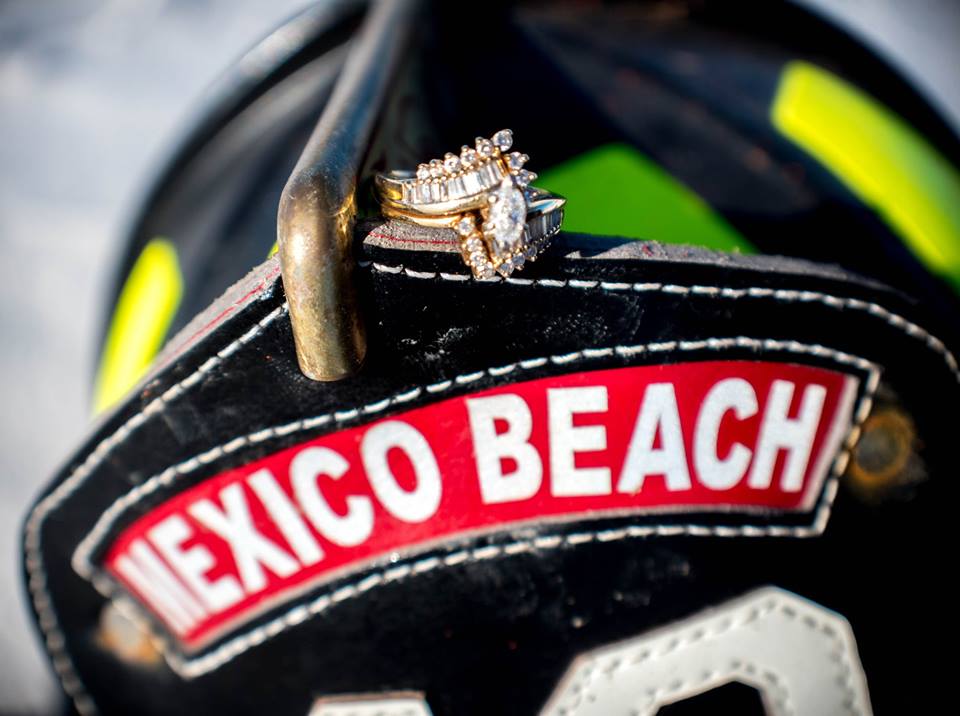 Cori and Byron were crushed, and they mutually decided to call of the wedding in the aftermath that faced their community. Neither could see an end to the long days of work that lay ahead of them both. But then just days before their wedding was supposed to be held, the two decided that enough was enough.

“On October 18th we were talking about everything the storm has taken from us,” Cori said. “Bryon looked at me and said, ‘Let’s get married. Hurricane Michael has taken enough from us, we can’t let it take this.’ So, the wedding was back on!”

Cori went online and bought a $90 wedding dress from Amazon. Their family members hastened to make their way to the devastated Mexico Beach area of Florida, each pitching in to help in any way that they could. 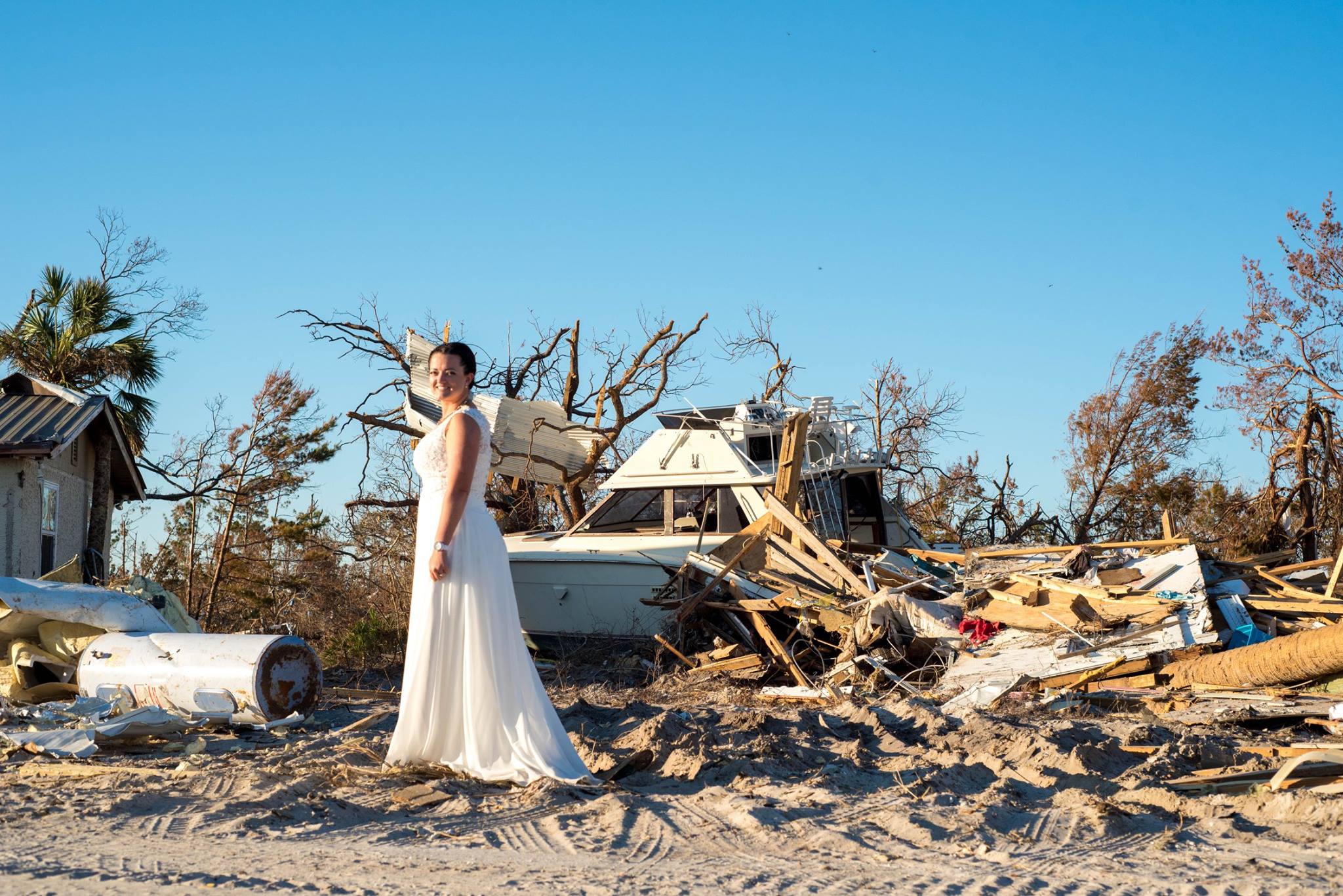 Cori’s photographer, Sara Lyndsey, is also a friend and had not evacuated. Even though it seemed that everything had gone wrong, when the big day rolled around Cori was delighted to find that “everything fell into place.” 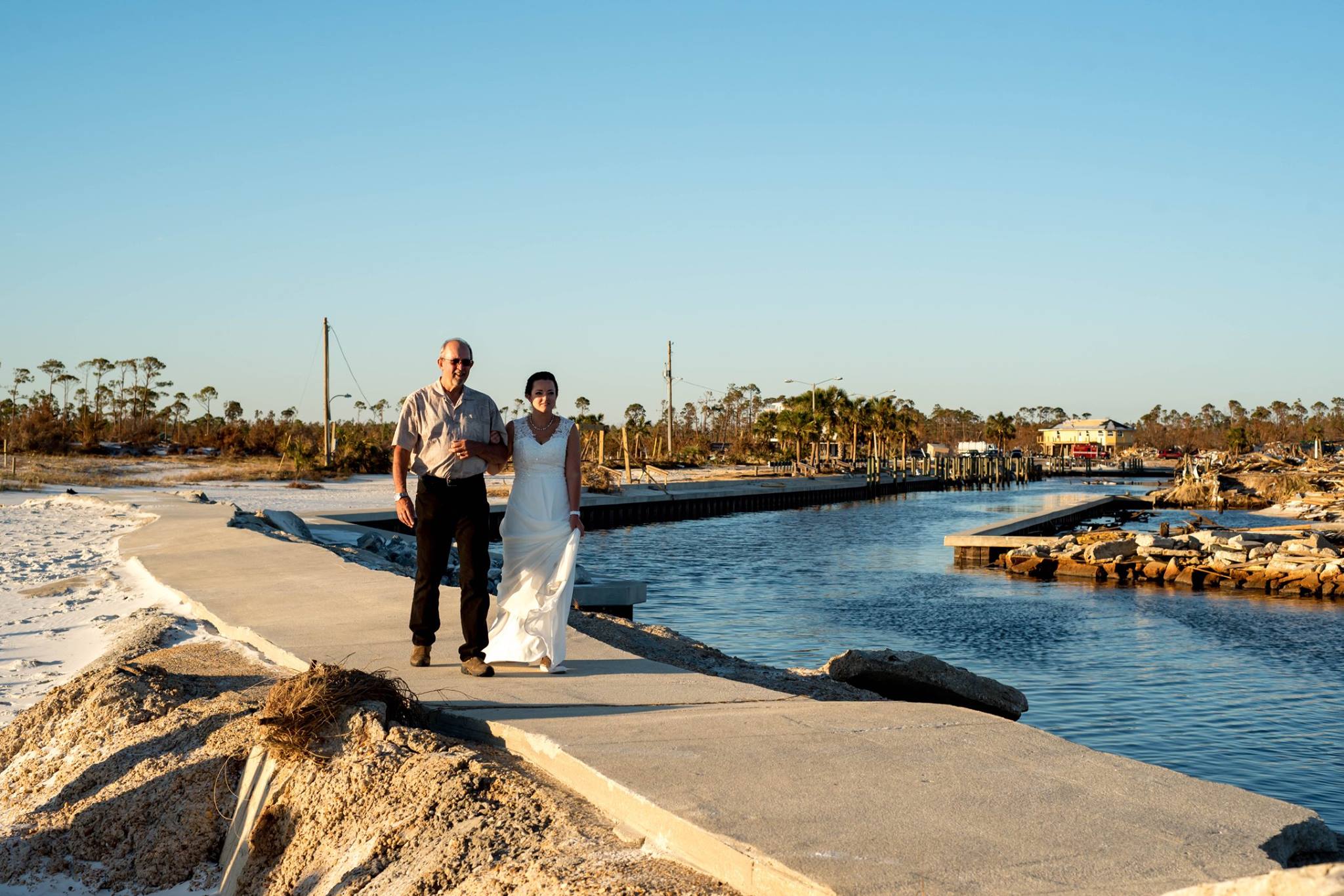 The couple married in front of a stunning sunset on the Florida coast, surrounded by the rubble and debris of the storm that nearly stole the day away from them. When all was said and done, Cori says she couldn’t have planned a more suiting day for two people who have devoted their lives to helping others recover from devastating events like Hurricane Michael. 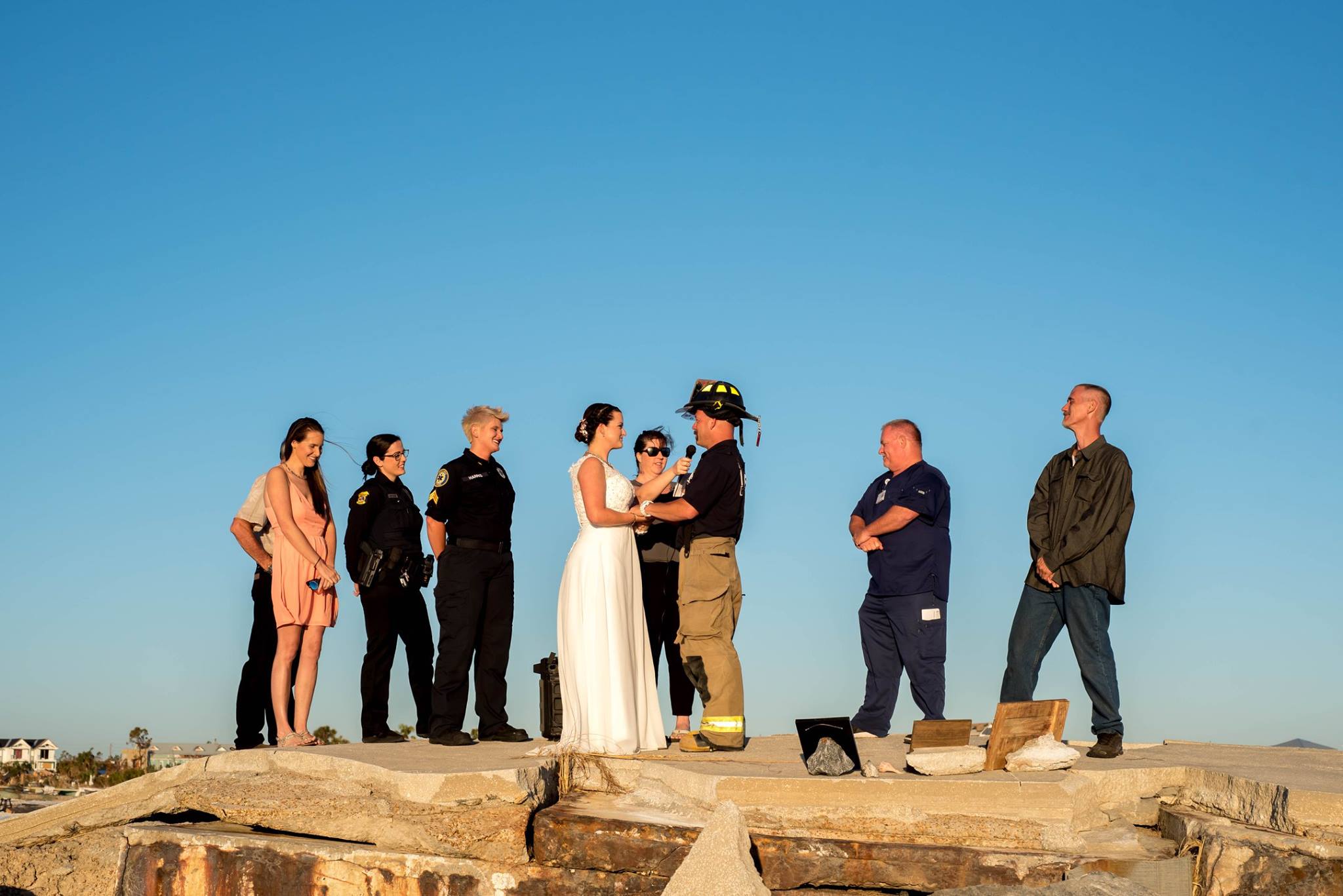 “I’m glad we stuck to our date. Like Bryon said, we have lost enough, and couldn’t lose this too. Wedding planning is so stressful, and literally everything went wrong for ours. Most people would think that it’s a ‘sign.’ I think it is. It’s a sign that our love is stronger than a Category 5 hurricane. To the other brides out there, don’t stress the material things, and don’t let anything stop you from doing what you want to do. I had the time of my life. Although I do wish I could have had my nails done, haha.” 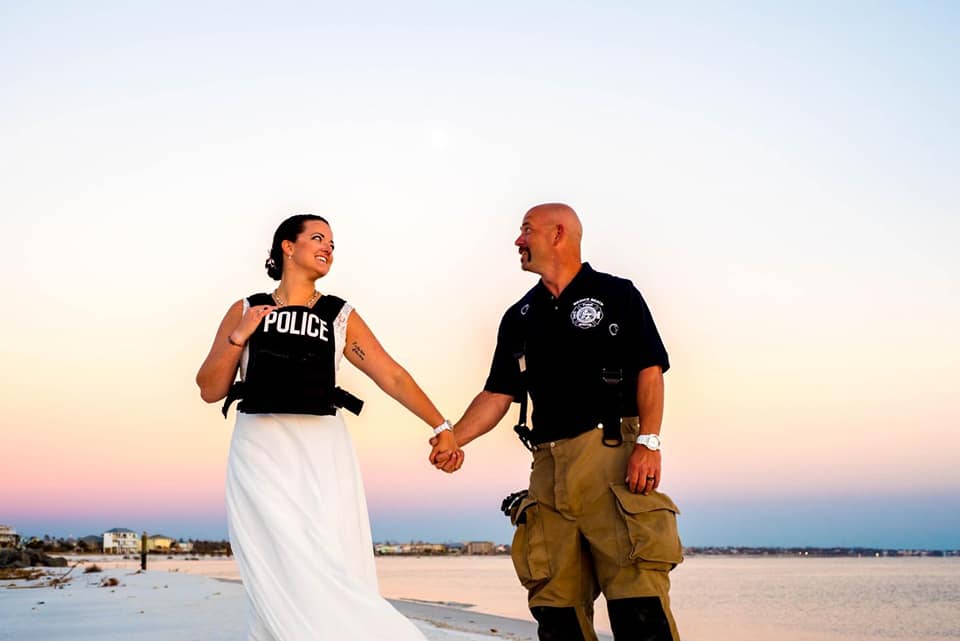 We love that this couple didn’t let a little thing like a natural disaster keep them from the altar! This is the sort of can-do attitude and fighting spirit that we should all aspire to have.

Please share this story to say congratulations to Cori and Byron!