Have you ever been so exhausted that you literally can’t form complete sentences?

Mattea Goff has certainly been there, done that. She has two daughters; Seleste is 5 years old and Aurora is 5 months old. With a new baby to care for, Mattea is still in the throes of midnight feedings and a massive amount of sleep deprivation. One morning, her husband Kris woke up as always on his side of the bed, but when he glanced over at his wife, he wondered aloud why in the world she was always so grumpy lately. 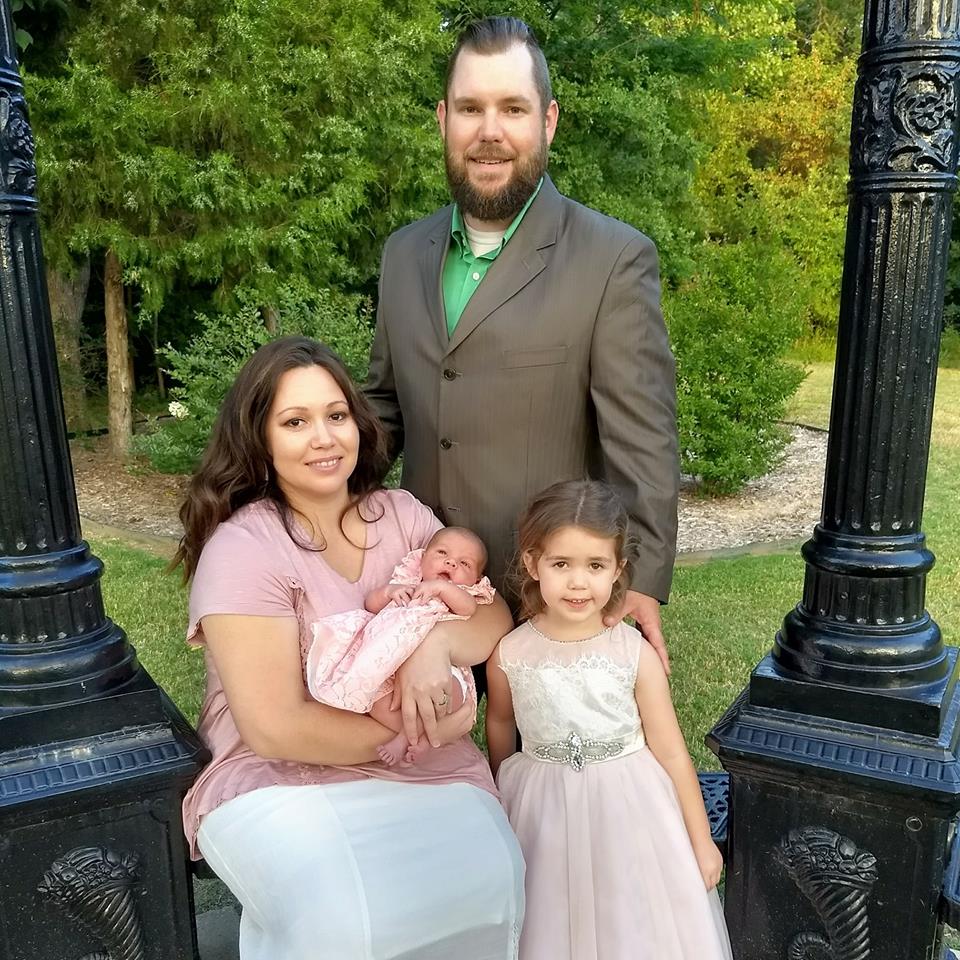 Mattea was dumbfounded by his question. Did he not see or hear her getting up all night long to care for Aurora? How could he not realize how tiring it was to take care of a newborn?

Finding herself too mentally drained to even formulate complete sentences, Mattea grabbed a pen and started to draw. “I’ve given my husband drawings before, but this particular set of drawings came from my lack of sleep and my desire to get my point across,” she explained. 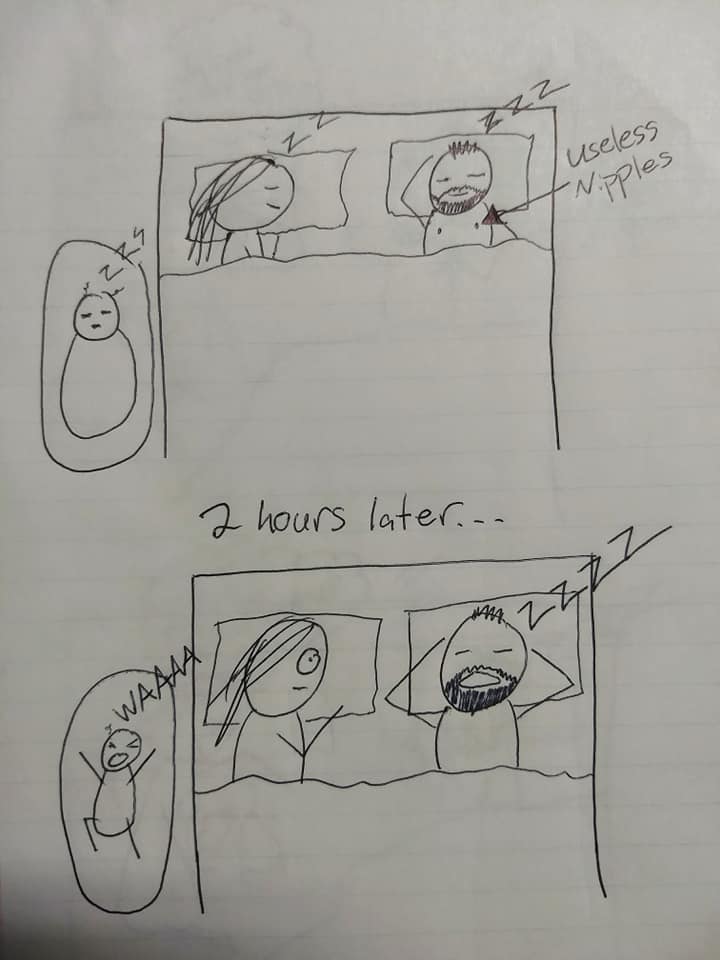 The pictures she drew that day are basic stick figure sketches, but they manage to convey the point better than any words ever could. Sometimes, you simply have to see something to understand it. 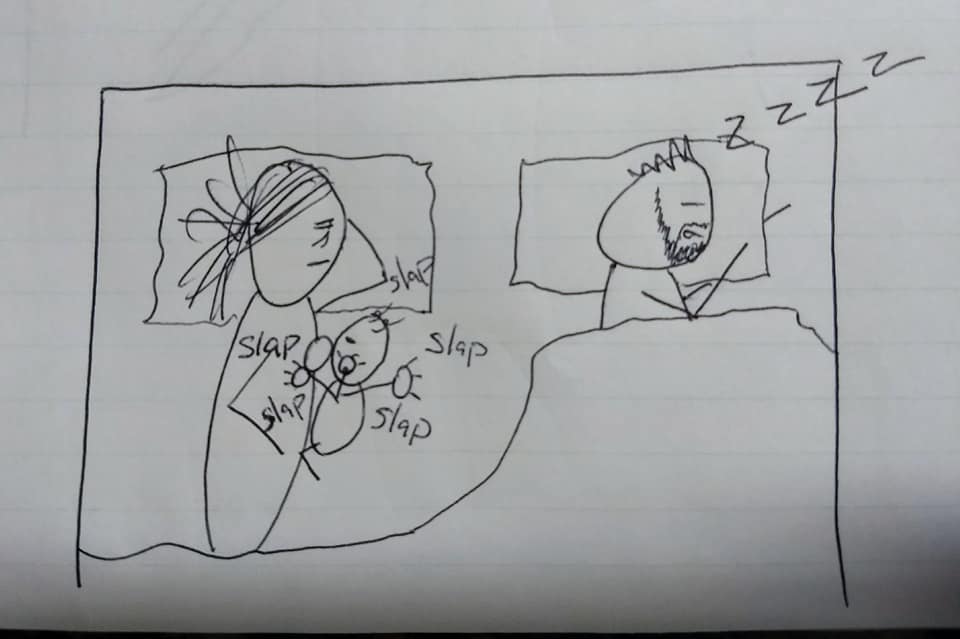 “My husband is a fantastic guy, but sometimes if you haven’t lived something, you don’t understand it,” she said. When Kris saw the pictures he couldn’t help but laugh, but more importantly, he had that ‘a-ha’ moment Mattea had hoped he would have. Inspired, Mom put the drawings up on her Facebook page, and you guessed it: they went viral. 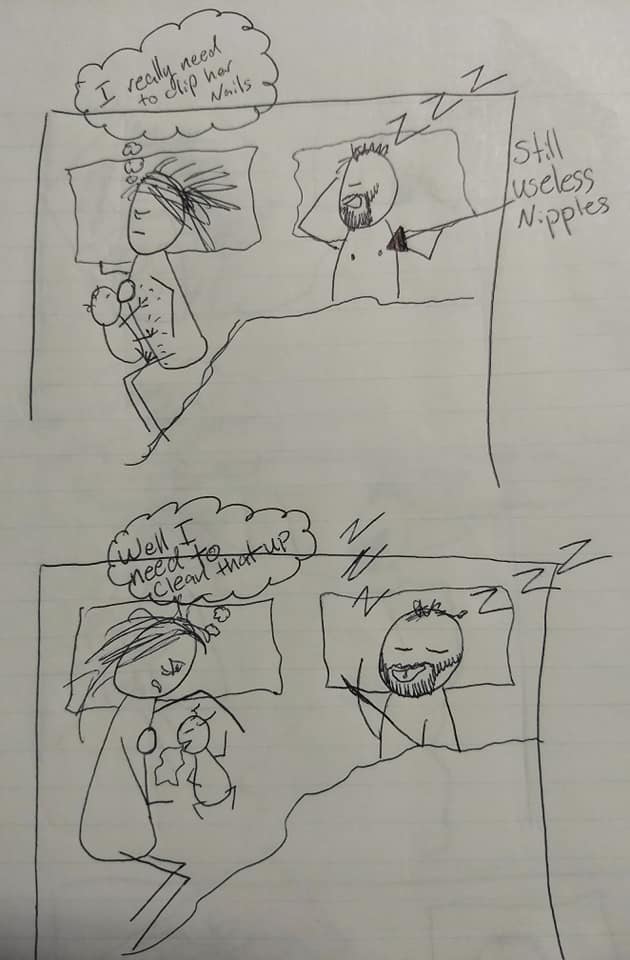 “When I first gave the drawings to my husband, he definitely thought they were funny. But he’s just as surprised as I am that they’ve gotten so much attention!”

Hundreds of thousands of “likes” and shares later, Mattea says she believes the drawings were so popular because they really speak to the mothers who are in the trenches of child-rearing right now, too. 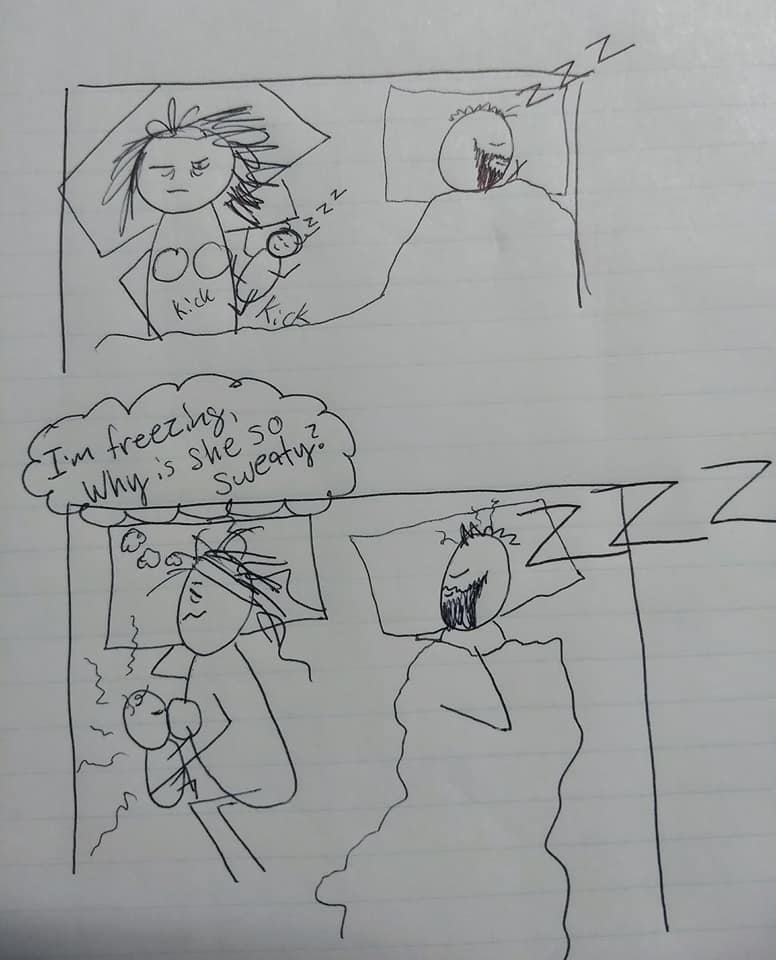 “I think these drawings really resonate with moms because the exhaustion is hard to explain to someone who hasn’t lived it. But when you’re able to create a visual with pictures, it’s something that’s easy to share when you don’t have the words,” she said.

If there’s one takeaway message Mattea hopes people will get, it’s that parents who are dealing with sleepless nights really need a lot of extra love and support. They’re doing important, and oftentimes thankless jobs, so just an acknowledgment is sometimes enough.

Please share to spread Mattea’s message even further and head over to her Facebook page to check out new drawings.