Erika Benning of Texas was bursting with pride on January 31, 2020, the day she fulfilled her childhood dream.

After plenty of hard work, the 42-year-old mom was finally receiving her badge and becoming a police officer for the Irving Police Department! The only problem was that one of the most important people in her life couldn’t be there for the swearing-in ceremony. 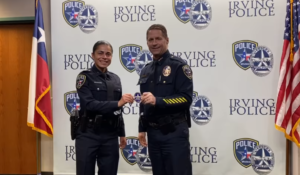 Benning had intended to enter the force earlier, but when she became a mom in her early 20s, her plans changed. It wasn’t until her son, Sgt. Giovanni Pando, had graduated high school and joined the Army that she felt it was time to revisit her dream. 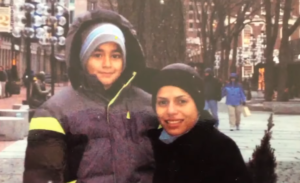 Of course, Pando was thrilled to hear about his mom’s accomplishment, but since the 21-year-old has been serving in Germany for the past two years, he wouldn’t be able to celebrate with her… or so his mom thought.

While the two of them talk on the phone once a week, Pando has been keeping one major secret.

So as Benning waited for her husband to pin on her badge on the big day, she noticed someone else entering the room. Moments later, she realized it was her son and immediately broke down! 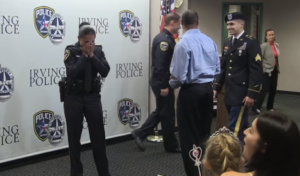 “She’s never let something stop her from achieving what she wants,” Pando told FOX6Now. “That’s always something she’s preached to me: If you want something, work for it, and you’ll achieve your goal.”

And he got to be there for hers! The two of them embraced for the first time after their long separation, and then Pando had the honor of pinning on his mom’s badge.

“The only other moment that I will never forget that is more meaningful than this was the day I gave birth to him,” Benning said later. “So this moment of him pinning my badge I have to say is up there with that.” 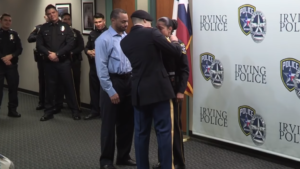 What an incredible way for Benning to begin her dream career!

“I have no words to describe how I feel about choosing this department to work for,” she wrote in a Facebook post. “My heart is filled with so much love and happiness. I have no doubt that everyone at Irving PD is family.”

Who knows? Maybe her department will grow. After all, once Pando finishes serving in the Army, he plans to become a police officer as well! 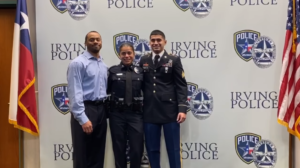 Congratulations, Benning! We’re sure you’ll be just as amazing as a police officer as you obviously are as a mother.

Grab some tissues before you watch Pando’s surprise visit in the video below, and share this story to congratulate Officer Benning!