Nobody can think of rock and roll without having the legendary Elvis Presley pop into their head. The two are practically synonymous.

One of the biggest cultural icons and most celebrated musicians of the 20th century, Elvis earned his nickname as the “King of Rock and Roll” for a reason. His incredible talent, passion for music, and amazing stage presence shined through right up until very the end of his life — as evidenced by his final performance. 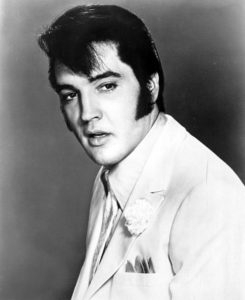 In June of 1977, Elvis performed a chilling rendition of “Unchained Melody” for a huge audience in Rapid City, South Dakota. It was the last show he ever recorded, as he died just six weeks later. 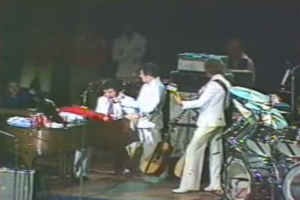 Being the true showman he was, Elvis sang the classic beautifully, putting everything he had into that moment while simultaneously playing the piano. The way he belts out the vocals is absolutely haunting, and many fans believe it was one of his best performances ever. 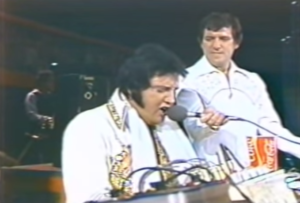 To this day, fans are still lamenting Elvis’ death as well as marveling at the video of that performance, which has racked up millions of views on YouTube. 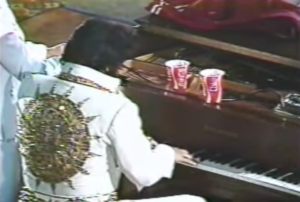 “The brightest stars burn out the soonest and such was the case with Elvis. He came and he shined his talent on to all of us then left this mortal world behind. Now he shines even brighter then he did here,” one person aptly wrote. 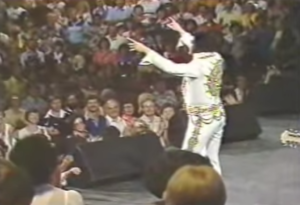 Another added, “A king still loved and his music lives on in our hearts and minds. He was a remarkable human and an amazing sunshine of talent.”

We couldn’t have said it better. The world was a better place for having such a gifted person in it. Rest in peace, Elvis. You’ll always be king in your fans’ eyes.

Listen to Elvis’ remarkable swan song in the video at the top of the page and share to celebrate his life.